Will MQM-P get more ministries in PM Khan’s cabinet?

According to local media reports, the Pakistan Tehreek-i-Insaf (PTI) government has agreed to give one more ministry to its ally Muttahida Qaumi Movement Pakistan (MQM-P) According to details; Governor Sindh Imran Ismail and Federal Minister for Law and Justice Farogh Naseem met with Prime Minister Imran Khan in Islamabad. 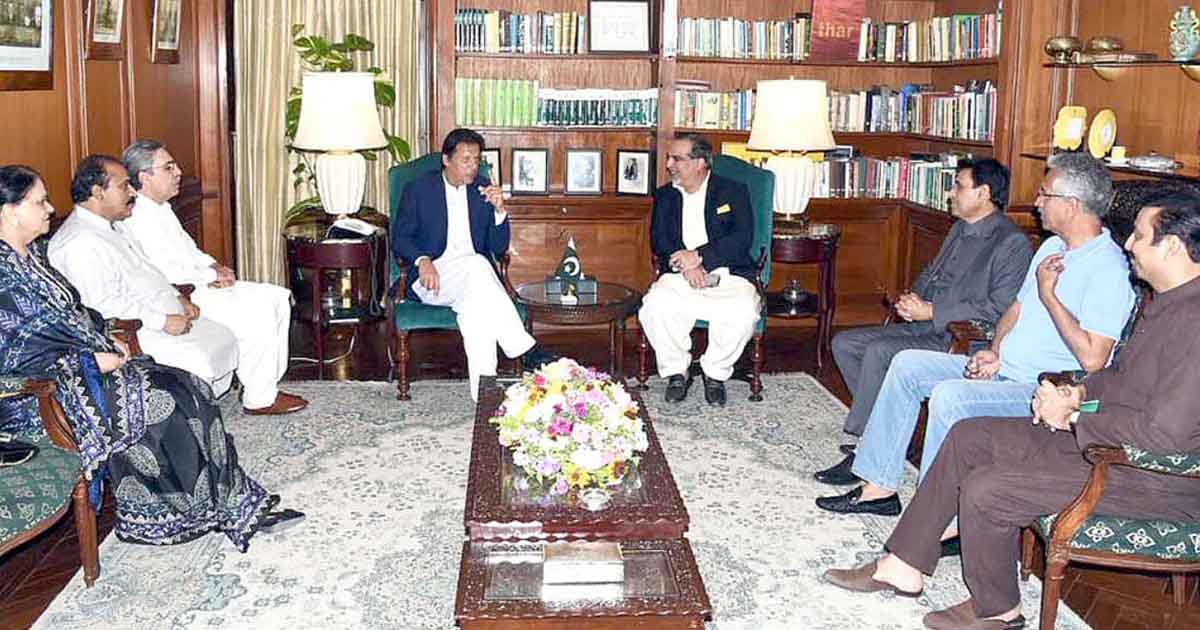 During the meeting, it was agreed to give one more ministry to MQM-P in the federation. It was also decided that a Centre will provide a financial package to Mayors of Karachi and Hyderabad. Earlier in the day, the coalition partner of the federal government MQM-P has demanded Prime Minister Imran Khan to handover the Karachi package funds directly.

According to details, MQM-P has expressed reservations with PM Imran during the parliamentary party meeting of the Pakistan Tehreek-i-Insaaf (PTI) which was also attended by its allies in Islamabad on Tuesday. MQM-P told the prime minister that their demands were not being taken seriously. The PM has assured the party to address all their grievances in due time with adequate policy recommendations.

Political commentators maintain that the blackmailing by allies in critical situations is not only morally questionable but also politically incorrect.

Moreover, PM Khan also formed a committee and has given a task to Sindh governor and law minister, which would give further recommendations to PM in two days. On the occasion, PM Imran appreciated the positive role of MQM-P in the democratic process. The PM maintained that the MQM-P remained steadfast and proved it to be a pro-democracy which views the development of its people more than its own narrow political interests.

MQP-P has 6 seats in the NA and an ally of the ruling party, PTI. But in recent days, media reports claimed that there were some disagreement between the PTI and MQM-P over issues related to Sindh and Karachi. MQM-P wants to maintain its hold in Karachi at any cost. Hence, PTI has now decided to a give-free hand to its ally in Karachi.

Read more: PML-N will not allow anti-people budget to get approved: Shahbaz Sharif

Moreover, the opposition parties are continuously trying to contact allies of the government so that the ruling party fails to get the budget passed. To counter the move, PTI has been approaching its confederates including Akhter Menal and MQM-P.

Academic and columnist, Inyatullah tweeted that “#PTI needs simple majority of 171 votes in NA to pass the finance bill. While it has just 156 votes. But if the allies agreed to vote with the following strength then the bill passage is possible:

Analysts believe that the government should now work to determine its ‘red-lines’ before moving forward. By red-lines, it implies that there needs to be clarity about what the government can do and what it can’t. Political commentators maintain that the blackmailing by allies in critical situations is not only morally questionable but also politically incorrect. PM Khan will have to clarify that what is the future of his government and his politics of principles?

What will happen if Musharraf doesn’t appear before the court?