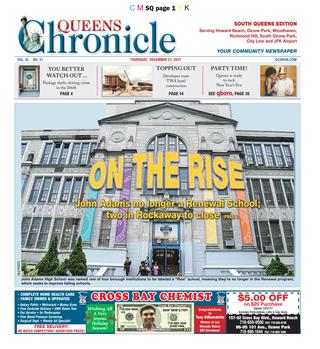 The National Accountability Bureau is contemplating a move to request the interior ministry to start the process to issue red warrants for declared absconders Hassan, Hussain and former finance minister Ishaq Dar. All three accused are facing corruption references in the accountability court.

Hassan and Hussain Nawaz – sons of the ousted Prime Minister Nawaz Sharif had said that the proceedings of the NAB do not apply to them since both are British Nationals. NAB has summoned Hassan and Hussain but they decided not to return to Pakistan saying that NAB has no authority to declare someone a proclaimed offender.

In another development, Judge M. Bashir of the accountability court has granted another exemption to Nawaz and his daughter Maryam Nawaz from personal appearance for another three days. The father-daughter duo had expressed inability to attend the court proceedings citing deteriorating health of Begum Kalsoom Nawaz who remains in a critical situation in the hospital.

Nawaz has gone through the case creating this impression worldwide that the cases are highly politically motivated and part of the witch hunt against the Sharif family, which may help him save his wealth stashed abroad.

Earlier, Khawaja Haris – the defense counsel of Nawaz applied for another seven-day exemption from personal appearance. But the court granted only a three-day exemption. Nawaz was expected to travel back on June 23. However, his wife remains in a critical state and as expected; failed to recover in due time to have any kind of interaction with her family.

A judge has advised the defense counsel to submit the fresh application with a medical certificate for further exemptions from personal appearances. Begum Kalsoom Nawaz was diagnosed with multiple organ failure, including respiratory and renal failure. Though, she had steadily improved over the past few days and doctors were hopeful of her recovery.

The doctor report had concluded that there was no sign of infection anymore and “she was off antibiotics and there was no longer a re-feeding situation”. NAB prosecutor had objected to the exemption. It argued the ‘life of the patient was under threat’, was not specified in the application presented to the court. Moreover, the application did not contain doctor’s signature on it.

Nevertheless, Judge accepted the exemption plea for three-days and ordered Nawaz’s counsel to present new application accompanied with a fresh medical certificate. Meanwhile, Haris resumed his final arguments [which have entered into the fifth day] in the Avenfield reference against the ex-premier today. It is expected that today he will conclude his remarks.

The father-daughter duo had expressed inability to attend the court proceedings citing deteriorating health of Begum Kalsoom Nawaz who remains in a critical situation in the hospital.

Thus far, Nawaz has been successful in extending the case for nine months. After the final arguments which may end today, the court will decide to either reserve or announce the verdict in Avenfield reference. It is believed that since Nawaz has not been able to present documented evidence or money trail and he may have to face a jail term. It can be a political setback for Nawaz.

With the final date set in July, right before the July 25 general elections, it may hamper his party’s chances in the polls as Nawaz fears. As far as the extradition of Hassan and Hussain is concerned, legal experts believe Pakistani authorities may be wasting their time. Because the UK does not send its citizens to countries where people can be sentenced to death.

Nawaz has gone through the case creating this impression worldwide that the cases are highly politically motivated and part of the witch hunt against the Sharif family, which may help him save his wealth stashed abroad.