Will Nawaz Sharif get NRO and be allowed to leave Pakistan? 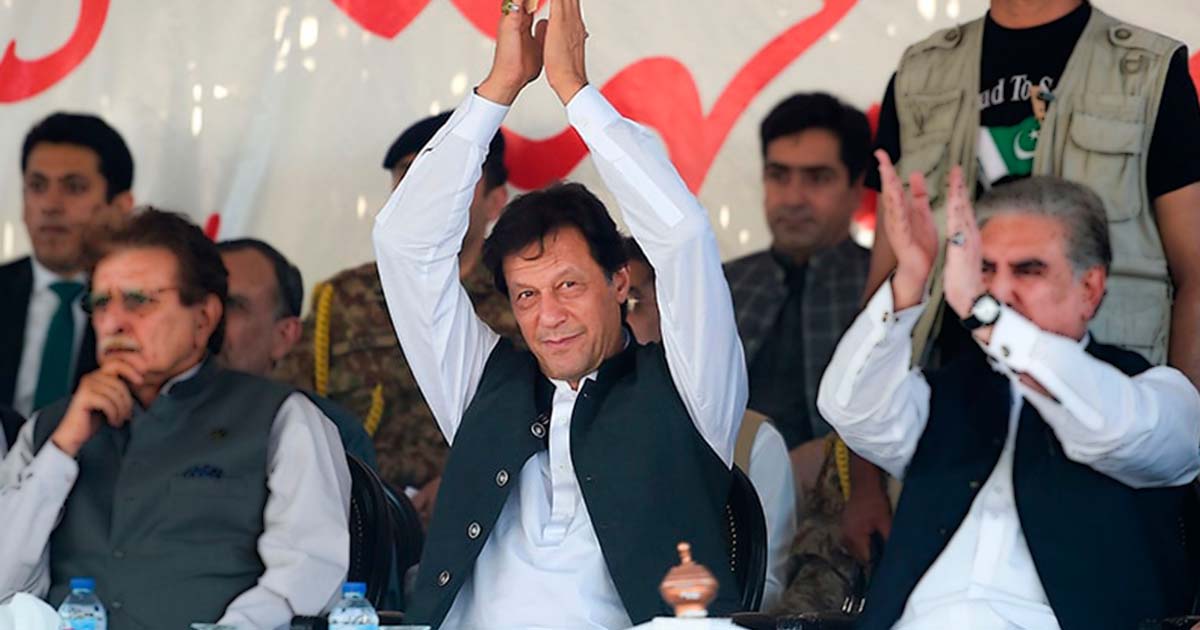 Prime Minister Imran Khan reaffirmed his commitment that he will leave no stone unturned to recover the looted national wealth and hard-earned money of the people of Pakistan. He maintained that his only agenda is to bring the looted money back to Pakistan. The PM has been consistent in his stance and offering opposition leaders the same; return the money and you’ll be released from jails.

He was speaking at a meeting on legal reforms when he clarified that “giving undue facilities to influential convicts in jail and discrimination between them and poor inmates is against the norms of justice.”

Prime Minister @ImranKhanPTI gave an ultimatum to the corrupt politicians in the Jamrud Jalsa today, "Voluntarily return the looted money of Pakistanis and save yourself from jails". This is the only way out, there are no chances of getting NRO ! pic.twitter.com/UXwmlkRP6O— PTI (@PTIofficial) April 5, 2019

Pakistan is facing economic challenges due to the mismanagement of financial affairs by the previous governments. The current government has been making all possible efforts to reform the economy and uplift the lives of common people. “Recovery of the looted national wealth is a desire of the people and a mission of the government,” he said while referring to corruption cases of some top politicians.

Prime Minister Imran Khan made it clear during his maiden speech to the nation that whenever powerful and corrupt people will be brought before the law there will be propaganda against the government.

He said the provision of justice to the weak was a responsibility of the state; the government was aware of its responsibility and was formulating some important bills to provide relief to the common man. Mr. Khan directed the authorities concerned to assist the poor inmates so that they could be released from jails by paying petty fines.

The prime minister also informed the meeting that necessary amendments were being made for early disposal of the cases which were pending in courts for many years. Chief Justice of Pakistan Asif Saeed also working on the same agenda of speedy justice. In this regard, model courts were established which have proven to be “a silent revolution” in the judicial system of Pakistan.

Moreover, during the meeting, Federal Law Minister Dr. Farogh Naseem apprised the prime minister that legislation was being formulated for the provision of speedy justice to the people, especially women and the poor.

There can be no deal between the government and opposition except the one; return the money and go anywhere you want to. The PM has made it clear more than once. PM Khan further said that the corrupt leaders in the country are seeking an NRO which is only a daydream. “I want to give them a message: ‘open your ears and hear this: you can come out on the streets. We will give you containers and give you food. You can do whatever you want in the assemblies… [But] no one will get an NRO’.” Like Mr. Asif Ali Zardari, PPP co-chairman was indirectly threatening the government of a tough and more aggressive opposition if it did not offer an NRO or a deal to the corrupt politicians in the country. He is now in the custody of the NAB in money laundering and fake bank accounts case.

Since the NAB is working independently, it is threatening the system developed by such ‘criminals’. The government has, on the other hand, made it clear that there is zero tolerance on the matters related to corruption and misuse of authority.

Interestingly, Prime Minister Imran Khan made it clear during his maiden speech to the nation that whenever powerful and corrupt people will be brought before the law there will be propaganda against the government. A narrative will also be established as if the democracy was under threat, he added. He maintained that the government is facing and will face more challenges by the political opponents for allowing the NAB to independently conduct inquiries into financial matters of those who have been holding the public offices. The same is happening at the moment. But the PM and his team are not afraid of Azadi march or any other political threats.