PPP looks confused. JUI-F is certain to use the religion card against the PTI government. Bilawal has declined to be part of any such campaign saying he doesn't want to be a Maulvi. What does he want then? 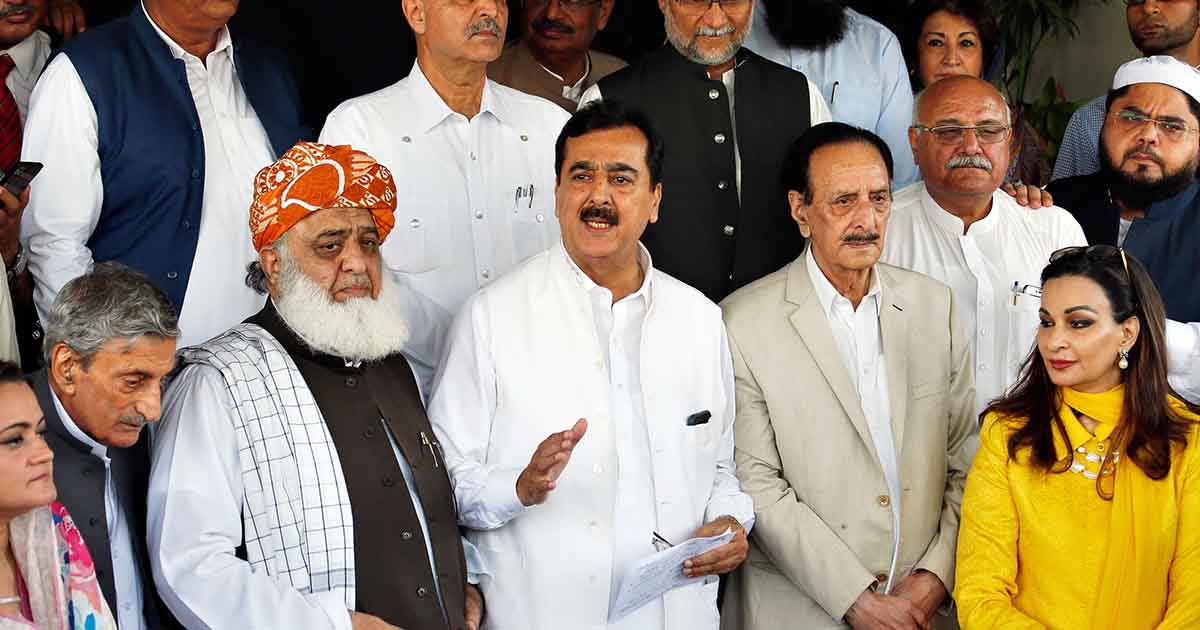 Pakistan People’s Party (PPP) has taken a U-turn and demanded one more Multi-party conference (MPC) to determine whether it shall join the Jamiat Ulema-i-Islam-Fazl’s (JUI-F) anti-government March or not. Yesterday, JUI-F’s leaders verbally attacked the PPP leadership for following double standards. Analysts believe the PPP wants to put more pressure on the government to seek some political concessions.

According to details, PPP Secretary General Nayyar Bokhari issued a statement earlier in the day, terming the criticism from the JUI-F “uncalled for” and “regretful”. Mr. Bokhari said the JUI-F leaders should not issue “objectionable” statements against the opposition parties which had participated in all the previous MPCs that had been convened by Maulana Fazlur Rehman.

Why do you want me to become a maulvi?
PPP chairman had stated in response to a question as to why the party was running away from the anti-government protest of JUI-F. pic.twitter.com/aYSHYyiqVL

The PPP leader also suggested organizing one more meeting for the consultation. “There seems to be no reason for criticism of the PPP before another round of consultation or meeting among the top leaders of the opposition parties,” Mr. Bokhari said in response to the reported statement of JUI-F’s information secretary Hafiz Hussain Ahmed who had alleged that the PPP wanted to appease certain forces in the hope of a deal.

It is worth noting that Hafiz Hussain Ahmed has openly criticized the PPP over its stance on the long march issue. “The PPP has adopted double standards. On the one hand, it considers our long march unconstitutional and illegal and on the other, it is extending moral and political support to our protest,” he said.

The JUI-F leadership was unhappy over certain remarks made by PPP Chairman Bilawal Bhutto-Zardari about their planned long march.

While alluding to former President Asif Ali Zardari and his sister who are currently in the custody of the NAB, the JUI-F’s information secretary pointed out that they want to come out. “The problem with the PPP is that those who are in jail want to come out and those who are out of jail do not want to go to jails,” Mr. Ahmed said.

When asked about the PPP’s allegation that the JUI-F leadership was using “religion card” during the planned anti-government protest, Mr. Ahmed said the JUI-F had never criticized the PPP for always using the “Sindh card” in politics.

“Did Quaid-i-Azam not use the religion card during the freedom movement? Is making a demand that the Constitution be implemented in letter and spirit unconstitutional?” he asked.

PPP was trying to attempt to seek the support of ‘hidden forces’ which he said was the reason for their refusal to join the protest claims Hafiz Hussain Ahmed.https://t.co/QS0ek3n5fy

Speaking at a news conference after presiding over a meeting of the party’s core committee in Islamabad on Sept 19, Mr. Bhutto-Zardari had ruled out the possibility of joining the long march. Bilawal also said “I do not believe in politics of Dharna. I would do politics of Benazir Bhutto”.

Read more: Defeat at home: PPP refuses to be part of anti-government March of JUI-F

It is important to recall that the PPP chairman has made it clear several times that his party won’t be part of any campaign against the government using the religion card. JUI-F, on the other hand, is certain to focus on religion in order to seek maximum support from the religious segments of the country. As a matter of fact, there seems to be no dispute the government is dealing with related to religion. This is why it deems difficult for the JUI-F to invoke religion card against PM Khan.

Previous articleGovernance Crisis in Punjab: Should Punjab’s first man be changed?
Next articleSinus pressure and how to deal with it

25 September 2021
Previous articleGovernance Crisis in Punjab: Should Punjab’s first man be changed?
Next articleSinus pressure and how to deal with it

Contest for New CM spokesperson in Punjab: 3 Candidates under Consideration

PDM is no longer a threat to Imran Khan’s government, analysts