Shahbaz Sharif, President of Pakistan Muslim League-Nawaz (PML-N), is due to return to Pakistan on June 8. The question remains whether the leader of the opposition party, someone who has always opposed anti- Government propagandas, will take part in the campaign against the incumbent Government? 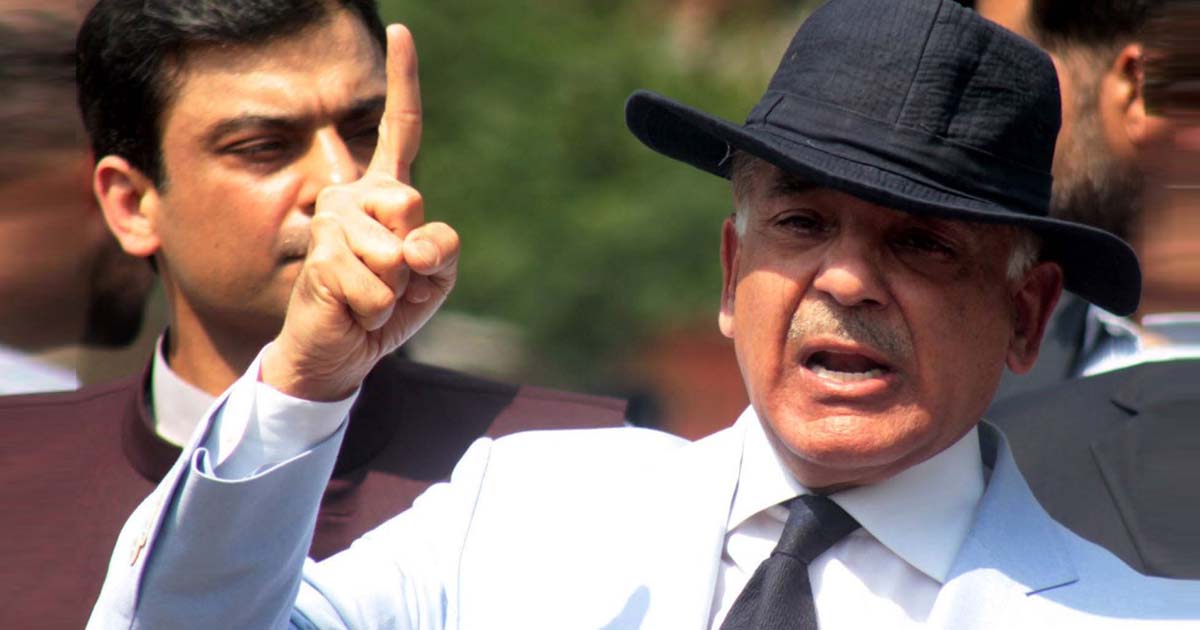 According to local media reports, the PML-N leader has been given clearance by his doctors after several medical tests and is expected to leave for Pakistan on the said date. The PML-N president left for London in April to visit his grandchildren and to undergo a medical check-up, following which doctors advised him not to travel.

Earlier, Shahbaz Sharif was arrested in the Ashiana Housing case on October 5th, 2018, and released on bail in February by the Lahore High Court. Sharif’s name was also removed from the exit control list. He left for London in April for his treatment, but the sources initially claimed that the younger Sharif was not on the same page regarding the future of the party with his elder brother Nawaz Sharif and his daughter Maryam Nawaz. Therefore, he went to London and reportedly discussed some ‘sensitive’ matters with Hassan and Hussain Nawaz, the two sons of Nawaz Sharif. Later on, Maryam Nawaz was made PML-N’s vice president, who is now leading the party.

There were reports which suggested that the PML-N president left for London to evade the accountability’s ongoing process. But the PML-N rejected such reports from day first and maintained that Mr. Sharif’s visit was solely due to medical reasons.

It is expected that the younger Sharif may join the campaign but will surely not cross the red line since he has always opposed politics of confrontation.

It is noteworthy that the accountability court hearing the Ashiana Housing case was informed last Tuesday that Shahbaz Sharif will return home on June 11.

The PML-N generally welcomes its leader on their return, therefore, the question remains whether the party currently being led by Maryam Nawaz will hold a rally to receive Shahbaz Sharif or not.

Shahbaz Sharif coming back to Pakistan after medical checkup. Usually PMLN give big istaqbaal to its former head Nawaz-Sharif. But always avoid giving any red carpet welcome to Shahbaz despite he is President PMLN. Why? @MaryamNSharif @betterpakistan @CMShehbaz

Special Assistant to Prime Minister on Information and Broadcasting, Firdous Ashiq Awan, disclosed on Thursday that the court of law has been waiting for the Leader of the Opposition in the National Assembly.

Moreover, opposition parties have jointly decided to launch anti-government campaigns after Eid. In a meeting at Bilawal house in Islamabad, Maryam Nawaz and Bilawal Bhutto Zardari, along with other party heads, decided to formally start a movement against the ‘incompetent government’.  Former premier Shahid Khaqan Abbasi, said that all parties have agreed that the government has failed in running the affairs of the country. He added that after Eid, an All Parties Conference (APC) would be held where a joint strategy would be formulated.

On April 4, while addressing a ceremony on the 40th death anniversary of PPP founder Zulfikar Ali Bhutto, PPP Chairman Bilawal Bhutto Zardari and Co-chairman Asif Ali Zardari, bashed at the PTI government and threatened to topple it instantly. Mr. Zardari also announced that he would march towards Islamabad along with his party workers to oust the incumbent government. “The time has come that we stand up and save this country,” said Asif Ali Zardari.

Dr. Moeed Pirzada, in a talk show with Kashif Abbasi, said that the intention of the opposition may not be to topple the government, however, “it depends upon the government that how it reacts and deals with the expected protests”. Fahad Hussain and Mubasher Lucman agreed with Dr. Moeed and maintained the same stance.

Read more: Is opposition planning to initiate an anti-government movement?

Shahbaz Sharif has generally opposed the anti-establishment narrative being propagated by Maryam Nawaz. Now the question is, will Shahbaz Sharif lead a movement against the current government as decided by Maryam and Bilawal in his absence? It is expected that the younger Sharif may join the campaign but will surely not cross the red line since he has always opposed politics of confrontation. But it still needs to be understood what position and influence will Shahbaz Sharif actually have after Maryam has become the vice president?

Previous articleInauguration of coronavirus vaccination centre in G-9 Islamabad
Next articleCut in the Defence Budget: Army sends a clear message to its critics

24 June 2021
Previous articleInauguration of coronavirus vaccination centre in G-9 Islamabad
Next articleCut in the Defence Budget: Army sends a clear message to its critics

Come n’ save me, before I fall apart

Law of the mafia: PML-N lawyers on fire

Will Shehbaz Sharif finally return to Pakistan on June 11?