"Lest Kashmir dispute be internationalized, India wants to keep cool with China. China too is under stress because of USA’s hostility. Besides Galwan, rival troops repeatedly collided with each other in north Sikkim, particularly Naku La across May and June . However, both countries can’t afford one to  mount a full-fledged offensive." 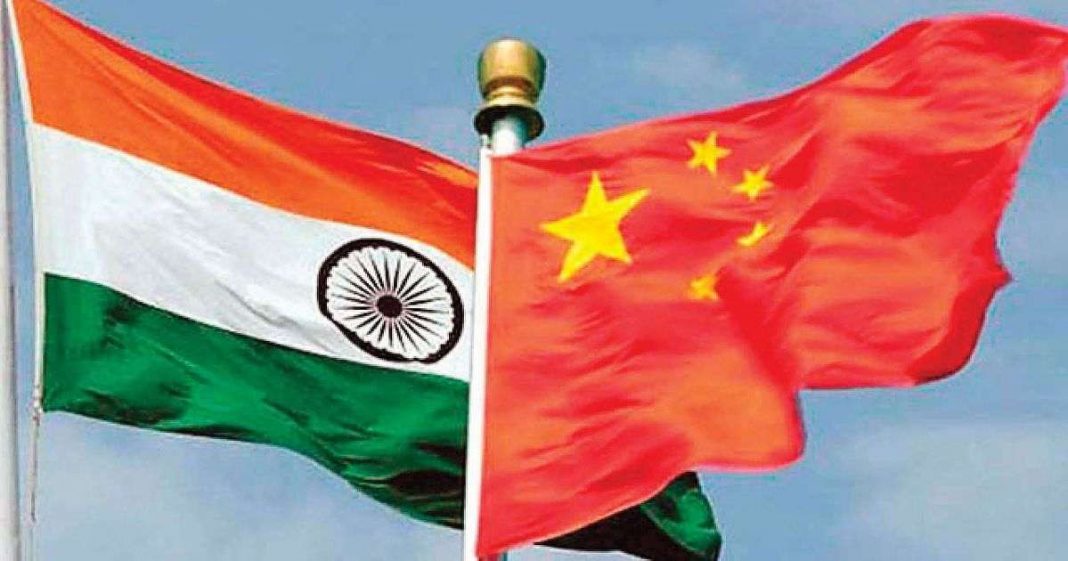 After bloody scuffle on Sino-Indian Line of Actual Control at Ladakh, China and India have agreed to create a buffer zone, with both sides receding 1.8 kilometers. The joint statement stressed both sides would not violate the status quo.

But why did the Galwan scuffle take place? Galwan shot into prominence because the melee was violent.  Similar scuffles continue to take place at various points on Sino-Indian border.

Indian media portrays the gory brawl as a storm in a tea cup. It says that China stakes claim to territory up to 800 metres into the Indian side from Patrol Point 14 at Galwan. But, Murphy’s Law says `nothing is as simple as it seems’.

US military strategist Edward Luttwak rightly pointed out casus belli of friction in an interview. He said,`In the last few months, the BRO [border roads organisation] has taken pro-active steps to develop connectivity over the bordering areas by building roads. The development has triggered the neighbour China, eventually leading to the army standoff at Galwan Valley’ (The Statesman dated July 6, 2020).
Read More: What the world can learn from India’s thrashing at the hands of China

The truth is that India had been building roads and bridges all along Sino-Indian borders to improve connectivity between hinterland and the LAC. China repeatedly warned India against changing status quo, but in vain. Both countries have differing perceptions of the LAC. To meet Indian threat in the Tibetan Autonomous Region, China built 51,000 km road network.  There are five airfields on the Plateau and one a little off to the East towards Chengdu. A railway line of nearly 1,150 km from Golmo (in the north in Qinghai) to Lhasa was completed in July 2006. Its highest elevation is across the Tanggu La (Pass) at 5072 metres (16,640 feet). It has been further extended 253 km south to Shigatse (Xigaze) on the banks of Tsang Po (Brahmaputra River). There are plans to further extend it another 700 km from Shigatse up to the Nepal border.

Still China was alarmed by India’s project for developing the Ladakh region through the Galwan valley into Shyok . The stand-off was triggered by China moving in troops to obstruct road construction activity by India. Last year, India completed the Darbuk-Shyok-Daulet Beg Oldi (DBO) road which connects Leh to the Karakoram Pass. India also maintains a key landing strip at DBO at 16,000 feet. The broader context for the tensions is the changing dynamic along the LAC.

Why and where face-offs occur?

They occur because of overlapping territorial claims in around two dozen spots across the Western (Ladakh), Middle (Himachal Pradesh and Uttarakhand), Sikkim, and Eastern (Arunachal Pradesh) sectors of the India-China border. The boundary in the Sikkim sector is broadly agreed, but has not been delineated.

Face-offs occur when patrols encounter each other in the contested zones between overlapping claim lines. Protocols agreed to in 2005 and 2013 are seldom adhered to.

Read More: India China tensions over Ladakh could explode at any time

An overview of India’s road network

There are 61 to 73 strategic or defence roads along the India-China border totalling 3,346 km. Of these, 36 roads (1,260 km) have been constructed, while links have been established in 20 others (2,035 km) which are being tested. Work on the remaining five roads has begun and will be completed soon.

Some of the finished roads include the stretch connecting Sasoma and Saseria in the Ladakh sector, the Ghatibagarh-Lipulekh road in the Mansarovar sector, Gunji-Kutti-Jollingkong road in the Uttarakhand sector, Dokala in the Sikkim sector, the Balipara-Charduar-Tawang road in the Tawang sector and the Damping-Yangtze in the Arunachal sector.

Project cost of over Rs 3,000 crore is concealed under budgets of civil ministries.

Lest Kashmir dispute be internationalized, India wants to keep cool with China. China too is under stress because of USA’s hostility. Besides Galwan, rival troops repeatedly collided with each other in north Sikkim, particularly Naku La across May and June . However, both countries can’t afford one to  mount a full-fledged offensive.  To attack a company’s strength of 120 Chinese soldiers, India will require nine companies or 1000 soldiers.
Mr. Amjed Jaaved is editor of the monthly magazine, The Consul. He has been contributing free-lance for over five decades. His contributions stand published in the leading dailies and magazines at home and abroad (Nepal. Bangladesh, et. al.). He is author of seven e-books including Terrorism, Jihad, Nukes and other Issues in Focus. The views expressed in this article are the author’s own and do not necessarily reflect the editorial policy of Global Village Space.

US-China ‘Cold War’: how bad can it get?