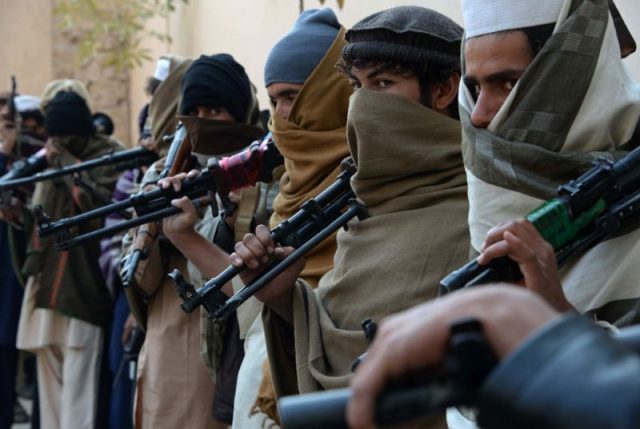 US Special Envoy Zalmay Khalilzad met with the representatives of the Afghan Women’s Network and assured his support to an intra-Afghan peace process that is inclusive of the Afghan women. Khalilzad tweeted, “While Afghans alone will decide the composition of their delegation for talks, women must be at the table during all negotiations about peace and Afghanistan’s future.”

Keeping in mind the atrocities and subjugating laws that women were subjected to in the Taliban-held regime, the women of Afghanistan are apprehensive of losing the freedoms that have acquired when the US-backed Afghan regime was established. Afghan women activists have voiced their fears of being sidelined and a reversal of the women’s rights to education and professional engagement.

In the transcript of the Moscow dialogue, which is available on the official website of the Islamic Emirate of Afghanistan, the Taliban discussed their agenda on women’s right in great detail.

On Friday, Academy award-winning actress and human rights activist, Angelina Jolie, demanded the inclusion of the Afghan women in the peace process while addressing a ministerial meeting on UN peacekeeping efforts. Jolie said, “In Afghanistan, thousands of women have recently come together in public risking their lives to ask that their rights and the rights of their children be guaranteed in peace negotiations that so far they have been allow no part of.”

While highlighting the need to ensure the inclusion of women in the Afghan peace process, Jolie stressed, “There can be no peace or stability in Afghanistan or anywhere else in the world that involves trading away the rights of women.”

The Special Inspector General for Afghanistan Reconstruction released a report that has raised concerns over the dangers that the peace process with Taliban can create for women’s rights. The SIGAR report has highlighted multiple key points and facets that are likely to come in danger in the course of the peace negotiations, and these points including “human rights, particularly women’s rights” amongst other factors.

Read more: Will the promises of a Ghani-Taliban dialogue materialize?

On Monday, Feraidoon Khozon, spokesperson of the Afghan Chief Executive office assured that “no rights would be violated” in the peace process, and Afghanistan will stay committed to the achievements that have been made by the US-backed Afghan governments. Khozon is quoted by Afghanistan Times, “These achievements and women’s rights are important to us, so the people and women of Afghanistan should be sure that nobody gets the chance to deal their rights.”

In a series of official statements, the Taliban have, time and again, made assurances of not being the “old Taliban” who curb women freedom, their right to education and professional achievements, but instead, they would be more willing to consider “liberal policies” towards women. However, it is important to note that they consider the “US-backed Afghan constitution”, which is protective of women’s rights, as a major obstacle to achieving peace in Afghanistan. In the transcript of the Moscow dialogue, which is available on the official website of the Islamic Emirate of Afghanistan, the Taliban discussed their agenda on women’s right in great detail.

The point is not the age of this video. The point is: Even if it’s 10 yrs old, No Taliban denounced it ever since it surfaced on internet. None of them said these actions will not be repeated.

While referring to the multiple women right’s NGOs and international groups working to promote women empowerment in Afghanistan, the Taliban’s speech notes, “Under the name of women rights, there has been work for immorality, indecency, and circulation of non-Islamic cultures. Dissemination of western and non-Afghan and non-Islamic drama serials, paving way for immoral crimes, and encouraging women for violating Afghan customs are other instances that have been imposed on Afghan society under the name of women rights.”

While the speech did not mention anything with regards to women right’s to education, equality and professional engagements, it notes that the Islamic Emirate is “committed to all rights of women” within the framework of Islam and Afghan traditions. The transcript states, “The policy of the Islamic Emirate is to protect the rights of women in a way that neither their legitimate rights are violated nor their human dignity and Afghan values are threatened. Similarly, the Islamic Emirate is committed to eliminate all those evil customs and traditions that violate women rights and do not comply with Islamic principles, and provide them safe environment.”

Malali Bashir, Afghan journalist, and researcher, tweeted a video last week that shows women in Nuristan being publicly lashed for “singing/dancing”. While the age of the video is undisputed, it is a heart-wrenching experience to see women being publicly disgraced for an act that is not regarded as an offence, even in Muslim cultures.

#Afghanistan– A newly published video shows that Taliban lashed women in Nuristan for “singing/dancing”. Taliban’s leaders in Qatar tells @US4AfghanPeace that they r no longer “the old Taliban” but👇
Nobody is against #PeaceTalks but hypocrisy should be pointed out! pic.twitter.com/GML7hT8nzi— Malali Bashir (@MalaliBashir) April 1, 2019

Bashir tweeted, “The point is not the age of this video. The point is: Even if it’s 10 yrs old, No Taliban denounced it ever since it surfaced on internet. None of them said these actions will not be repeated. See the comments how they legitimized it and some even threatened me with same fate.”

Yesterday, after reaching out to the governor of Nuristan, Hafiz Abdul Qayoum, for clarification on the video’s age, Bashir confirmed that the video is not fake. She quoted Governor Qayoum’s statement, “According to my info video is not fresh but that doesn’t mean Taliban’ve changed or stopped such actions. Their commanders do whatever they want.”

Update: Just spoke to Nuristan Govnr Hafiz Abdul Qayoum about the viral FB video of Taliban flogging woman. Vid not fake. “According to my info video is not fresh but that doesn’t mean Taliban’ve changed or stopped such actions. Their commanders do whatever they want.” he said. https://t.co/4g6x6fe5NC— Malali Bashir (@MalaliBashir) April 1, 2019

Roya Dadras, spokesperson for the Ministry of Women’s Affairs spoke up to assert that Afghan women activists are not going to allow their freedoms to be snatched away. Dadras asserted, “We won’t accept any situation as in the past. We won’t sit silent, we will resist and are ready to defend women’s rights who make up the half of society.”