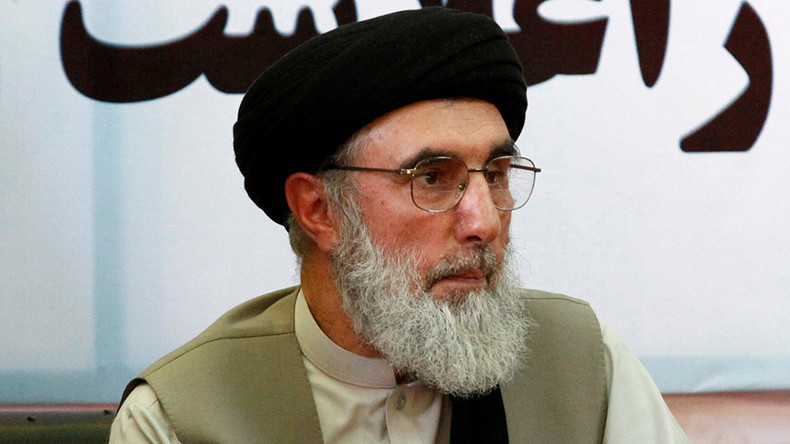 The Hizb-e-Islami Afghanistan chief Gul Badin Hekmatyar is expected to arrive in Kabul in coming days following the lifting of sanctions against him by U.N Security Council.

Earlier the Afghan coalition government signed a peace agreement with him in September 2016. However, the people of Kabul do not have good memories from Hekmatyar, renowned as ‘butcher of Kabul’ because he stands accused of killing thousands of people in the capital during civil war from 1992 to 1996.

With the emergence of ISIS, rampant attacks of Taliban in the country and formation of new region blocs, it seems bleak that the said agreement will bring peace in the war-torn country.

Foothold of IS in Afghanistan

After IS’s setbacks in Syria and Iraq, there are reports on media that the group is establishing their foothold in Afghanistan. The group, which first appeared in the Eastern Afghanistan’s Nangarhar province, have now been spreading almost all over the country, particularly in the Northern provinces.

In their recent attack, ISIS killed six Red Cross aid workers in northern Jowzjan province, bordering Turkmenistan. The organization has also claimed responsibilities of several attacks, carried out in various parts of Afghanistan, one of such deadly attacks was on the Shiite Hazara protest rally and the other on Shiite mosque in Kabul, killing more than hundreds of civilians, mostly belonged to Hazara ethnic group.

Apart IS’s attacks on government officials and installations, the group is striving to attack Shia community throughout the country in a bid to widen the sectarian rifts as they did in Iraq and Syria.

Failure to defeat the Taliban militants

The Afghan government and US led International forces has not only so far failed to defeat the Taliban militants but also remained unsuccessful to repeal their attacks on major cities.

After IS’s setbacks in Syria and Iraq, there are reports on media that the group is establishing their foothold in Afghanistan.

Taliban militants have twice captured the strategic northern city of Kunduz the previous year. (v) Apart from takeover of Kunduz, Taliban also carried out several attacks in the capital Kabul and other major cities in previous days and months, killings dozens of Afghan security forces and government officials.

The situation is even getting complicated with the passage of each coming days as Taliban does not merely fight the government but also waging war against IS militants. Taliban seeks to keep distanced themselves from IS as the later pursues the extremist Islam with fatal punishment to their rivals particularly with Shias whereas Taliban wants to demonstrate a little soft image of Islam before the world.

Some analysts think that the US and Afghan government seek intentionally to establish base for ISIS in Northern Afghanistan to get the chance of interference in the central Asian countries and through which create troubles for Russia and China. Abdul Zaheer Qadir, Deputy Speaker of Afghan Parliament openly criticized Afghan National Security Council (NSC) for allegedly supporting the group.

New Blocs in the region

The rampant rise of IS, increasing attacks of Taliban and the withdrawal of US from Afghanistan compelled the neighboring countries to establish new blocs in the region. The Iranian and Russian Ambassadors in Kabul recently revealed of having contacts with the Taliban.

The situation is even getting complicated with the passage of each coming days as Taliban does not merely fight the government but also waging war against IS militants.

Pakistan is already being blamed for having good ties and influence on Afghan Taliban. Now Iran and Russia also tend to build ties and relationship with Taliban in order to counter IS in Afghanistan as Russia does not love to see the group near to her borders whereas Iran being a Shiite country, is one of the fatal rivals of the IS, have already been confronting them in Iraq and Syria.

On the other hand, China is also emerging as a new powerful player in the Afghan conflict. China alongside Pakistan, US, and Afghanistan held quadrilateral talks on January 2016 trying to create a roadmap for restarting peace negotiation between Taliban and the Afghan government. China, Pakistan, and Russia also held trilateral talks in Moscow to discuss Afghan issue and the rise of IS in the country.

Read more: Will a NATO rethink on Afghanistan achieve more?

There have been much talks about Afghan owned and Afghan led negotiations for bringing everlasting peace in the country. However, this can only be possible when all the Afghan stakeholders and regional players particularly Pakistan and Iran should be taken into confidence.

Pakistan, while being an important neighbor and sharing about 2,430 km long border with Afghanistan, seeks a stable and peaceful Afghanistan as the peace in Pakistan is linked with the peace in Afghanistan but does not bare to have an anti-Pakistan and Indian-centric government there.

The international and regional stakeholders, if they want to decrease terrorism in the region and world, should sit together, chalk out strategies and develop confidence-building measures for restoration of peace and stability in Afghanistan. The beleaguered Afghan government neither has the power and energy to eradicate the Taliban / IS militants nor has the guts and capability to bring them to the negotiation table as the string of peace is in the hands of the international community and regional powers not in the hands of Hekmatyar, Taliban or ISIS.

Who are the Sufis and Why Does ISIS See Them as Threatening?

US urges Pakistan to ‘Do More’