Will the government place Asia Bibi’s name on ECL? 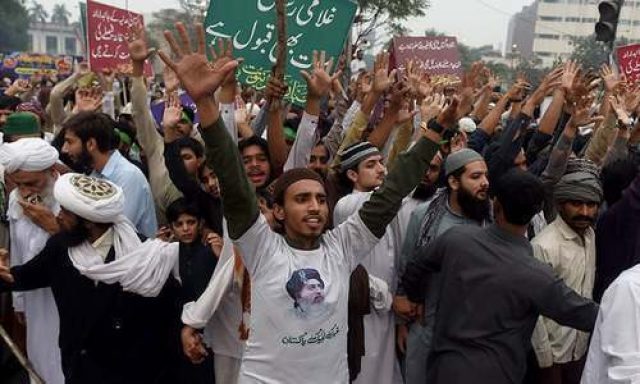 In a latest development, Minister of State for Interior, Mr. Shehryar Afridi has categorically stated that government is not going to place the name of Asia Bibi on the Exit Control List (ECL). He was speaking to Voice of America when he responded to a question, saying that the government was not authorized to place or remove anyone’s name on the list without the orders of the court. “Unless a person is declared guilty, there is no legal ground ─ how can his or her name be placed on the ECL?” he asked. “There is no question regarding this.”

He also made it clear that the state of Pakistan is responsible to protect every Pakistani regardless of his or her color creed or religion. “Every Pakistani, regardless of his creed or religion, is the state’s responsibility. No one in Pakistan can be given a license to play with someone’s life or property in order to get their terms accepted,” he said.

The government has repeatedly stated that there will no compromises on rule of law.

Referring to government’s decision of not using the force against protestors Afridi said, “In Baluchistan, even one who surrenders his arms is forgiven.” He called attention to the fact that an apology from the TLP was included in the agreement. However, he said that hundreds of miscreants were subsequently detained and criminal proceedings against them would be underway.

It is worth mentioning that the government had to deal with charged mobs after the SC’s decision of acquitting Asia Bibi, a Christian woman and a death-row prisoner accused of blasphemy. After the announcement of Supreme Court’s acquittal of Asia Bibi, supporters of the TLP took to the street in Lahore, Islamabad, and Karachi and sealed off the cities.

The leaders of the TLP and other religious parties reportedly demanded the resignation of the Prime Minister, the Judges who were part of a three-member bench, and suspension of the verdict of the top court. After three days of continuous protests and hate speeches, the government and the leadership of protestors were able to get an agreement signed that legal platform be used instead of violence.

One of the clauses of the agreement was that the government would put Asia Bibi’s name on Exit Control List, however, legalities of that, as per minister, does not allow the government to do so. This indicates that the government clearly outsmarted the violent protestors and in a very subtle way has actually not surrendered to any demand of the demonstrators contrary to the perception on social media.

Referring to government’s decision of not using the force against protestors Afridi said, “In Baluchistan, even one who surrenders his arms is forgiven.”

Initially, right after signing an agreement, the government was grilled at social media for surrendering before religious fanatics. It was feared that the TLP would again blackmail the sitting government since the government had signed an agreement with a mob, threatening the state institutions and inciting violence. This perception became more relevant and meaningful when Khadim Rizvi tweeted and said, “We have not finished protest but suspended it till the hearing of review petition.

If Asia case is not heard in the light of Sharia, we have every right to resume our peaceful protest. In the meanwhile, Asia’s name must remain on ECL & any attempt2transport her abroad be avoided.” But after a day, Dr. Shireen Mazari, Minister for Human Rights, and Mr. Fawad Chaudhary, Information Minister, made it clear that all those involved in challenging the writ of the state will be brought before the law.

Dr. Mazari went a step forward and urged her government to take stern action against the blackmailers and should not sign agreements with such people to avoid bloodshed. Over 1ooo people have been arrested by the police and other law enforcement agencies across the country who were identified from the videos available on social media. The government has repeatedly stated that there will no compromises on rule of law.

Unlike the previous government which signed an agreement with the TLP and fulfilled all the demands of the protesters, the PTI-led government has decided to bring all the lawbreakers before courts. For political experts, this is a welcome move that the state has decided to maintain rule of law no matter what happens.

Previous articleAfghanistan’s ethnic divide: Crisis of Identity and Power
Next articleParliamentarians to be schooled by Ethics Committee

26 July 2021
Previous articleAfghanistan’s ethnic divide: Crisis of Identity and Power
Next articleParliamentarians to be schooled by Ethics Committee

Is it time for PM Khan to reshuffle his team? Analysts say, YES!