Will the stock market crash if Trump is impeached? 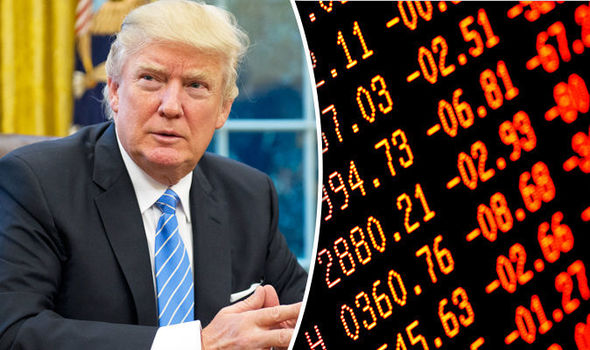 Faced with new political turmoil, President Donald Trump warned in a television interview broadcast Thursday that the economic consequences of his impeachment would be dire. Which raises the question: is that possible or likely?

What did Trump say?

His comments came on the heels of Tuesday’s conviction of Trump’s former campaign chief Paul Manafort and a guilty plea by his former attorney Michael Cohen. The double-whammy events have boosted speculation that Trump could be impeached, especially if Democrats dominate the congressional elections in November. “I will tell you what, if I ever got impeached, I think the market would crash. I think everybody would be very poor,” Trump said in an interview on the Fox network.

Analysts were skeptical, viewing his statements as hyperbolic. Still, they said there could be a hit to the stock market if Trump faced impeachment. CFRA chief investment strategist Sam Stovall predicted stocks could fall five-10 percent, or even up to 20 percent, but “we do not think it will lead to recession and therefore will not result in a bear market.”

Does Trump deserve credit for the bull market?

The S&P 500 stands within striking distance of its all-time high and on Wednesday marked the longest-ever “bull market” following a nine-year run without a major pullback. Although that included most of Barack Obama’s presidency, Trump has claimed credit for the stock market’s strength following tax cuts and regulatory rollbacks.

“Investors were likely comforted by the Federal Reserve’s injection of liquidity combined with the conclusion that an impeachment of the President would not likely lead to recession,” Stovall recalled.

Wall Street historian Charles Geisst agreed those policies have benefited stocks but said Trump himself is not critical to their continuation because they are supported by Congress. “His statement assumes that he is indispensable to the markets. In reality, he is only coincidental,” Geisst told AFP. “This is true of Trump certainly but many of his predecessors as well.”

Risks to stocks from impeachment

Under Trump’s worst-case scenario, he could face eventual removal following an impeachment trial and decisive votes by both houses of Congress. He would be succeeded by Vice President Mike Pence, who is likely to be as supportive of market-friendly tax and regulatory policies as Trump and would probably back off Trump’s trade policies that have worried Wall Street.

Read more: Why November Was a Massive Month for Markets Around the World

But the impeachment process itself could damage the economy if business and consumer sentiment takes a hit. Beyond that, investors are uncertain how Trump would respond in other market-moving domains where he has sometimes taken radical steps, such as his open criticism of Federal Reserve Chair Jerome Powell for raising interest rates, a departure from the norm that US presidents steer clear of commenting on Fed policy.

Trump’s “America First” trade agenda is another wildcard, said JPMorgan Chase analyst John Normand. “Does an encircled President relent on tariffs,” Normand wondered in a note Thursday. “Or does he double down on a strategy that distracts from domestic politics, perhaps by authorizing 10-25 percent tariffs of $200 billion of Chinese goods? Either outcome seems plausible when the decision maker is mercurial.”

The reaction so far to impeachment talk

Wall Street so far has largely shrugged off the Cohen and Manafort news, with the Dow falling Wednesday and the Nasdaq gaining.  Oddsmakers have placed the chances of a Trump impeachment at 45 percent, a new high, DataTrek Research Co-founder Nicholas Colas said in a note Thursday. Still, Colas pointed to recent polling data that show a majority of the US still does not favor impeachment.

Under Trump’s worst-case scenario, he could face eventual removal following an impeachment trial and decisive votes by both houses of Congress

“In the end, we don’t worry much about this issue from an investment perspective regardless of what happens in Washington DC over the coming months,” Colas said. “Aside from a panicky drop on nasty sounding headlines (which we will tell you to buy), all this will run its course.”

Experts point to two precedents for gauging the market’s reaction to a possible impeachment. In 1974, President Richard Nixon was facing impeachment and resigned to head off that grim outcome following revelations over the Watergate scandal. The period is associated with an economic downturn following a spike in oil prices.

Read more: Dollar collapses in one week of Trump in office

The stock market already was under pressure in late 1998 when President Bill Clinton was impeached over the Monica Lewinsky sex scandal following the Russian economic downturn and turmoil associated with Long Term Capital Management, a hedge fund that ultimately failed. But stocks later recovered and pushed to an all-time high in November 1998 before Clinton was ultimately acquitted by the Senate in February 1999.

“Investors were likely comforted by the Federal Reserve’s injection of liquidity combined with the conclusion that an impeachment of the President would not likely lead to recession,” Stovall recalled.

Dr. James Dorsey - 25 June 2021
The rise of hardline President-elect Ebrahim Raisi has prompted some analysts to counterintuitively suggest that it could pave the way for reduced regional tensions and...