Will the United States 3D Policy for Pakistan Work Against China’s Rise? 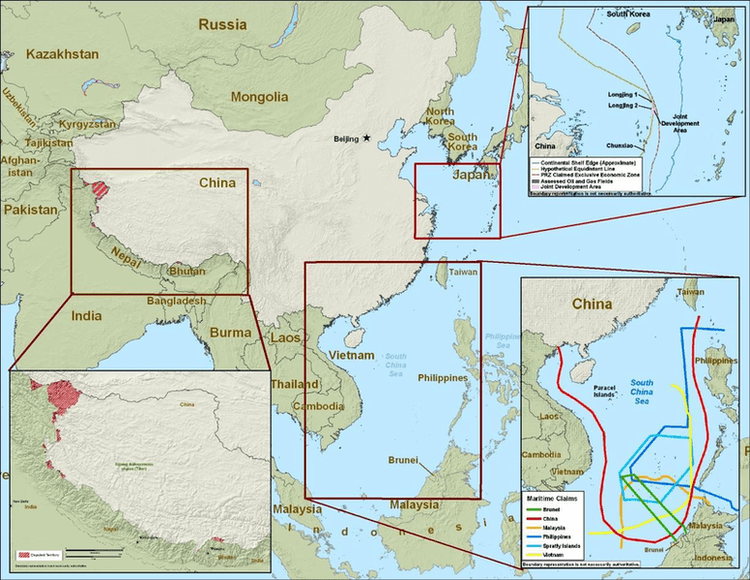 Strengthening ties with India, challenging rising China, diplomacy with Iran, democracy in Myanmar, and drone strikes in Yemen and Pakistan are still being successfully practiced by President Trump’s administration.

President Trump is focusing on Indian Ocean Region where long-term interests of the United States lie. Friendly India is more suitable for the U.S to enhance military and naval capabilities in the Indian Ocean Region whereas Pakistan is being judged as a pro-Beijing state. Therefore, Pakistan is increasingly becoming a proxy-zone for the US strategists to countermand China’s possible presence in Indian/Arabian Ocean.

Economically developed Pakistan is a threat to India’s hegemony in South Asia.

PM Modi desperately needs US’s presence in the region to facilitate his dream of a “Shining India”. India also needs NATO’s continued presence in Afghanistan to stabilize Indian interests in Kabul. But Indian strategy in Afghanistan threatens Pakistan’s stability. United States support to India in Kabul presents India with an opportunity to counter a China that is using its economic muscle in the region. For Indians, an economically robust and revived Pakistan in itself is a threat to their hegemony in South Asia.

President Trump, being a businessman, understands the economic significance of South and East Asia for the United States. The Trump administration, like its predecessors, needs India to contain a rising China and views Pakistan from a US-Chinese perspective. All-out support of China towards Pakistan, therefore, marginalizes U.S. influence on Islamabad. So, the U.S. prefers to go with the Machiavellian strategy of diplomacy, deterrence, and drones to keep its hold on the region.

The 3D’s: Diplomacy, Deterrence, and Drones

The initiation of ‘One Belt, One Road’ and China-Pakistan Economic Corridor is a threat to the US influence in Asia Pacific in general and Indian Ocean Region in special.

Since 1947, the U.S. has always been ambiguous in its relations with Islamabad; the latter thus always found it difficult to understand Washington’s shifting priorities. The United States clever transactional approach towards Pakistan and its persistent threat of imposing sanctions have always kept Islamabad under pressure and gave Washington tremendous latitude in dealing with Pakistan.

Pakistan’s well thought out strategic shift to turn towards China and Russia is, therefore, alarming for the U.S. The Chinese vision of ‘One Belt, One Road’ and the launch of China-Pakistan Economic Corridor (CPEC) thus constitutes a direct threat to the U.S. influence in Asia-Pacific and the Indian Ocean Regions.

China wants to bring Asian states under Beijing’s influence. Buzzwords like ‘Asian Security’, ‘Chinese Dream’, ‘OBOR Project’, ‘Socialist Capitalism’, and initiatives like strengthening global economic institutions (e.g. BRICS) are the most significant principles that will ensure China’s growing influence in Asia. China is attempting to replace Western and American capitalism with its own version of ‘Socialist capitalism’.

The use of 3D policy; diplomacy, deterrence, and drone provides both short and long-term benefits to the US.

China is showing to the world that a developing state can move ahead without depending on the Western capitalist design. In other words, China’s attempts are a serious threat to the U.S. influence. The U.S will thus try to maintain Pakistan under pressure to contain China’s influence. In this regard, the continuing footprint of the U.S. in Pakistan becomes all the more necessary. “Diplomacy, Deterrence, and Drones” become the best tools, in the US arsenal, that can ensure continuous US hold on Pakistan.

Unlike India and the Gulf countries, Washington, in recent years, has dealt with Islamabad at the lower executive level. State department functionaries and US senators have often defined this relationship. For instance, President Barak Obama made a number of visits to the Gulf States and India to strengthen strategic and military ties but never visited Pakistan. This amply demonstrates that the US feels comfortable in dealing with Pakistan at a junior functionary level.

The mysterious rise of ISIS and the continuing failure of Kabul regime to successfully negotiate with Afghan Taliban will provide further ground-reasons to the US for drone attacks in Pakistani territories.

Read more: Trump’s first drone strike inside Pakistan: What does it mean?

This ingenious policy has worked very well for Washington. A cocktail of threats – imposing sanctions, withholding financial aid, banning visas, blocking military aid and persistent demonization in media – has always helped the US to keep Islamabad under its powerful thumb.

Despite international pressure and violating Pakistan’s sovereignty, the US aims to increase drone attacks in near future. The rising ISIS and Taliban in Afghanistan’s provinces bordering with Pakistan will be the biggest excuse.

The drone attacks, therefore, remain an important option for the U.S. Trump administration has given all signs of continuing with this policy, despite pressure from international humanitarian organizations, like Amnesty and Human Rights Watch. As mentioned earlier, the sudden mysterious rise of ISIS and the inability of Taliban and Kabul regime to come to an understanding will provide the needed justification.

Pakistan, in the past, has been dependent on the US, owing to its fledgling economy. With Pakistan’s recent strategic shifts and development of new regional alliances, the story will definitely not be the same in the next five years.

Pakistan, however, being a developing country, cannot afford to go into the US’s bad books. In defining its strategy, Pakistan must be cautious and wise when in its dealing with the U.S. Smart diplomacy. A wider realization of Pakistan’s national interest, a reconstruction of ‘green identity’, and a focus on trade and not aid can help Pakistan redesign the nature of its ties with the US.

Read more: Why Pakistan needs to revisit its Afghan policy & how?

The US, with the use of the 3D policy, will not be able to gain the desired benefits in the region. This, in fact, will take the people – and state – of Pakistan further away from Washington. In such critical circumstances, Pakistan needs to take important decision to ensure that the next steps taken by Trump administration do not undermine Pakistan’s importance.

Abdul Rahim has completed his M. Phil degree with a focus on Talibanization and Imperialist Designs in 21st Century at International Islamic University, Islamabad. The views expressed in this article are the author’s own and do not necessarily reflect Global Village Space’s editorial policy.