Will Trump continue ‘Pivot to Asia’ policy to contain China? 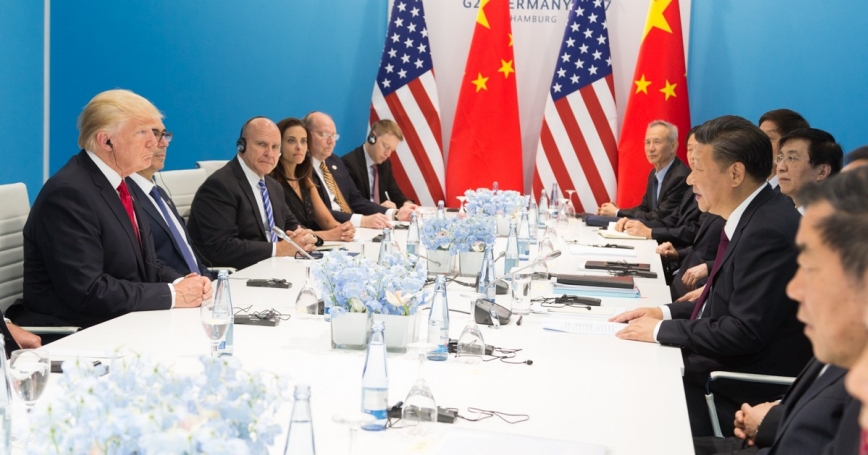 The U.S’s Pivot to Asia

The inauguration of President Trump will restructure U.S foreign policy with a greater emphasis on controlling a ‘rising China.’ The major issues that will continue to remain a bone of contention between China and USA include maritime security in South China Sea, economic security and establishment of AIIB, climate change politics and the unknown factor: Trump’s volatile temperament. These will then influence how the US balances power in the region through its alliances and emphasizing governance and democracy.

Many of the US policies that were pursued under the Obama doctrine will be disbanded under Trump in particular, pledges to remove American soldiers in Iraq and Afghanistan, a volatile policy towards Russia, acting as an honest broker between Israel and Palestine, improving relations with the Arab peninsula, leading from behind in Middle Eastern politics and fighting terrorism by non-conventional means, in particular drones and CIA actions were the key characteristics of Obama Doctrine.

One policy that is expected to continue under Trump is the attempt to rebalance the Asia Pacific, to contain China, this will include encouraging re-militarization by Japan. However on many of the other issues Trump is expected to be reverse Obama’s positions especially on Israel and Russia. On Asia, given his first announcement upon attaining office has been to take the US out of the Trans-Pacific Partnership (TPP), it is expected that his containing China policy will be beyond just trade and will include geopolitical containment as well.

Almost all foreign-policy analysts identify that U.S’s future global power and security-concerns being deeply intertwined with geopolitical changes and economic alliances in the Asia, where China is the global economic-power house. This leaves the US supporting two countries as counterweight to China: India in South Asia and Japan in Asia Pacific.

In Asia Pacific, Japan, historical arch-enemy of China, seems the only and the best option for the U.S. Its attempts to encourage it to remilitarize itself are to encourage it to emerge as a hostile state against a rising China. The Obama Doctrine focused on this containment of China on one hand and re-weaponizing Japan on other hand in order to tackle the regional situation.

Will Trump follow Obama’s doctrine: Middle East Out Asia in?

The Obama doctrine of American foreign policy was “Middle East out and Asia in” and re-militarizing Japan to act as the American front base as a hostile state against China. On the second base, it has included bolstering India to act as a regional hegemon also to keep a check on China. Old fashion realist strategy at its best: “with us or against us” to stabilize U.S. interests in the Asia pacific.

But, the verdict is still out on whether it’s really Obama’s peaceful political doctrine to give new shift to American foreign policy towards Asia pacific or Chinese hostile doctrine with re-militarization of Japan to undermine growing China in Asia pacific.

Arguably, Asia is uniquely one of the most lucrative markets of the world, where superpowers can expand and extend their national interests and capture future trade markets. China, Japan, Korea and India are the axis of Asia Pacific. The United States as any rational player is aware of this and accordingly is playing its cards to ensure it gets its ‘rightful’ share in this pie.

Arguably, Asia is uniquely one of the most lucrative markets of the world, where superpowers can expand and extend their national interests and capture future trade markets.

To stabilize it’s overreached position in Asia, the Obama team managed to pull off a highly polemical and domestically contentious P5+1 deal with Iran. The aim being to allow the US to focus on the right part of Asia and that was the Asia pacific without wasting its energies on Iran creating a more hostile environment in the Middle East which may draw the US in an area it did not want to go.

As a matter of fact, the U.S. president will never publicly admit that American foreign policy is actually catch-all policy for Asian states. Obama doctrine was in reality a military strategy to countermine a rising China with the help of Japan. It is next to impossible that even under Trump,that the U.S. would involve itself in a direct war with China, but he will continue to support Japan militarily, to help create discord and tension in the region to contain China.

The article 9 of Japan’s constitution clearly defines that;

the Japanese people forever renounce war as a sovereign right of the nation and the threat or use of force as a means of settling international disputes” and that “land, sea, and air forces, as well as other war potential, will never be maintained

In the light of Article 9, Japan is clearly violating his own law by increasing military capabilities and changing foreign policies. The last thirty years has seen Japan increasing spending on defense by over thirty percent. There is also now a serious move in the country challenging the article 9 and asking for its removal.

China, which in comparison to Japan’s military budgets, spends billions of dollars on defense capabilities with average increase of 8 percent over the last one decade alone. While, China has no intentions to attack Japan, it does want security from any possible threat from U.S. The historical impressions of the British rule has still left deep imprints in their mind.

The U.S under current circumstances, will never attack on China, but will continue to support Japan. Any possible tussle between these two states will lead to economic strangulation and create instability in the region. The recent new security laws made by Japan will create dangerous, distrust and hostile climate between Japan and China. In this situation, the U.S. will, surely, light the fire between these two states to call-forth the territorial disputes in region.

It is no longer 1931. China is a now a world power with powerful nukes. If Japan starts on this hostile route, with U.S backed military actions, it will push the whole region into chaos. Japan is a highly developed country with technology and a relatively strong economy; however, it cannot bear the brunt of direct-war with China.

Peaceful policy and multi-lateralism in Asia Pacific, especially with China, is a necessary scenario for Japan. A peaceful and stable Japan is needed in that region to provide stability to other countries in the Pacific. China and Japan can benefit from each other through mutual and peaceful relations through investment, trade, tourism, peaceful diplomacy and about all mutual cooperation to stabilize the Asian region for future generations.

Abdul Rahim is pursuing his M. Phil in International Relations, with focus on Talibanization and Imperialist designs in 21st Century, as Research Scholar at International Islamic University, Islamabad. He tweets at @Rahim_realist.