Will ultra-conservatives accept the change in Saudi politics? 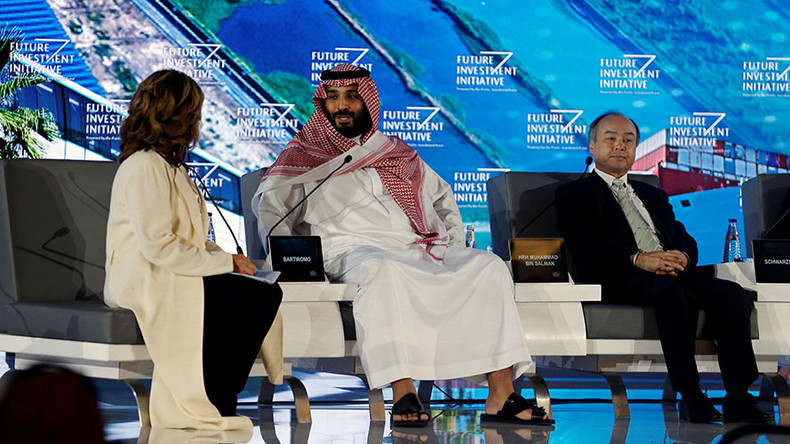 Saudi Crown Prince Mohammed bin Salman’s recent disavowal of the kingdom’s founding religious ideology had a master’s voice quality to it. His words could have literally come out of the mouth of his Emirati counterpart and mentor, Crown Prince Mohammed bin Zayed, but with one major difference: the UAE, unlike the kingdom, has no roots in ultra-conservative Sunni Islam.

The absence of an overriding puritan religious history has made it easier for Prince Mohammed bin Zayed to campaign against Sunni Muslim ultra-conservatism and since the popular Arab revolts of 2011 suppress any expression of political Islam.

Mr. Al Lily’s interviewees bolted when confronted with the notion that liberties they wanted would also apply to their womenfolk.

To that end, Prince Mohammed attempted with little evident success to counter the Qatar-backed International Union of Muslim Scholars (IUMS) headed by Sheikh Yusuf al-Qaradawi, one of Islam’s foremost living scholars who is widely viewed as a spiritual guide of the Muslim Brotherhood, with the creation of groups like the Muslim Council of Elders and the Global Forum for Promoting Peace in Muslim Societies as well as the Sawab and Hedayah Centres’ anti-extremism messaging initiatives in collaboration with the United States and the Global Counter-Terrorism Forum.

While the Grozny statement constituted a milestone, it will take more than statements for the Saudi and UAE princes to succeed in their endeavor. Like many of Prince Mohammed bin Salman’s announcements, his vow to return Saudi Arabia to “moderate Islam” was long on expressions of intent and short on details that would put flesh on the skeleton.

Fourth graders read that non-Muslims had been “shown the truth but abandoned it, like the Jews,” or had replaced truth with “ignorance and delusion, like the Christians.”

To be sure, since emerging almost three years ago as Saudi Arabia’s strongman, Prince Mohammed has taken several steps to roll back the influence of the kingdom’s ultra-conservative religious establishment and relax its strict moral codes. The steps, including reducing the power of the religious police, lifting the ban on women’s driving, and allowing forms of entertainment like music, film, and dance that were long banned, seem, however more designed to upgrade rather than abolish autocracy and enable badly needed economic reform and diversification.

Recent arrests of some of Saudi Arabia’s most popular Islamic scholars as well as human rights activists, judges and intellectuals, whose views run the gamut from ultra-conservative to liberal, coupled with Prince Mohammed bin Zayed’s campaign suggest that Prince Mohammed bin Salman’s definition of “moderate Islam” is one that is primarily apolitical, quietest and adheres to a religious school of thought that teaches unconditional obedience to the ruler.

Moreover, changing deeply ingrained attitudes that have been embedded in the kingdom’s education and social system since it was founded in the first half of the 20th century and shaped pre-state life will take time. While Saudi Arabia has in recent years taken steps to alter its school curriculum and remove bigoted and violent content from textbooks, it still has a long way to go, according to a 2013 study by a US State Department contractor, the International Center for Religion and Diplomacy.

Prince Mohammed bin Salman’s definition of “moderate Islam” is one that is primarily apolitical, quietist and adheres to a religious school of thought.

The study, disclosed by The New York Times, reported among multiple questionable textbook references that seventh graders were being taught that “fighting the infidels to elevate the words of Allah” was among the deeds Allah loved the most. Tenth graders learned that Muslims who abandoned Islam should be jailed for three days and if they did not change their minds, “killed for walking away from their true religion.” Fourth graders read that non-Muslims had been “shown the truth but abandoned it, like the Jews,” or had replaced truth with “ignorance and delusion, like the Christians.”

Some of the books, prepared and distributed by the government, propagated views that were hostile to science, modernity and women’s rights. The books advocated execution for sorcerers and warned against the dangers of networking groups focussed on humanitarian issues like Rotary Club and the Lions Club that allegedly had been created “to achieve the goals of the Zionist movement.”

Even if all the questionable references were removed, changing those attitudes could be a generational task. While Prince Mohammed bin Salman’s proposed reforms have largely been welcomed by Saudi youth, who constitute a majority of the kingdom’s population, they are likely to stir mixed responses as a result of deep-seated attitudes that have been cultivated for decades.

An unpublished survey of aspirations of 100 male Saudi 20-year olds indicated the problems Prince Mohammed is likely to encounter beyond opposition from ultra-conservatives to moderating the kingdom’s adopted interpretation of Islam. The men “wanted social change but they pull back when they realize this has consequences for their sisters. Their analytical ability and critical thinking are limited,” said Abdul Al Lily, a Saudi scholar who conducted the survey and authored a book on rules that govern Saudi culture.

Some 50 percent of those surveyed said they wanted to have fun, go on a date, enjoy mixed gender parties, dress freely, and be able to drive fast cars, Mr. Al Lily said. He said issues of political violence, racism, international interests or the dragged out Saudi war in neighboring Yemen did not figure in their answers.

Western Nations Clash Over the Fate of Jailed Jihadists