Will “Walking” help you to stay away from the Hospital? 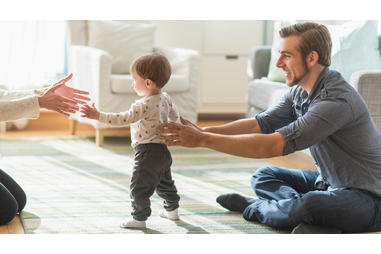 In my practice as a GP, I have been impressed by a few energetic and active 80 year olds who remain in good health while many their age have succumbed to various chronic diseases. So in 2005, when the University of Newcastle established a large community based health study of people aged 55 to 80, I made sure we recorded the participants’ physical activity in detail.

A decade later, we can report the influence of physical activity on the need for hospital care as published in the Medical Journal of Australia today.

We used pedometers to record daily step counts, giving a much more precise measure of activity than the usual self-report questionnaires. Median daily step counts ranged from 8,600 in the youngest to 3,800 in those over 80 years, and weekend days had on average 620 fewer steps than weekdays.

We wondered if the causation might be running the opposite direction. That is, that sick people walk less rather than activity preventing illness. To test this idea, we repeated the analysis ignoring all hospital admissions in the first two years of follow up to remove the immediate effects of serious illness.

The association extends right across the range of activity levels, showing any activity is good for health, and the more the better. The participants in our study wore the pedometers from morning until night, so a lot of what we recorded as steps was general activity around the house or the workplace, not necessarily continuous walking. Recent research shows any that activity is better than sitting down, so even light activity is protective of health. Pedometers don’t capture swimming or cycling accurately, but these things make up a small part of daily activity.

Looking at why these patients were in hospital, more active people had fewer admissions for cancer and diabetes, but surprisingly, there was no difference for heart disease. We suspect that might be due to a gap in the data for heart admissions to private hospitals for a few of the years.

What if everyone got walking?

The difference of 0.29 hospital days per year between the inactive and active people is about a 30% reduction. Does this mean if we could get everyone in the population taking 8,800 steps per day we could shut a third of all hospital beds, and send a third of all doctors and nurses off to practice their golf swing? Unfortunately not.

It turns out our study sample is a rather healthy lot, requiring less hospital care than the average for their age. Compared to our average value of less than one day per year of hospital care, figures from the Australian Institute of Health and Welfare for 2014-15 show Australians between 55 and 85 years required 14.2 million days of hospital care, or 2.65 bed days per person.

The difference of 0.29 hospital days per year between the inactive and active people is about a 30% reduction.

Whether increasing activity would be of more or less benefit across the whole of the Australian population is unclear. It may be that the general population would have even more to gain from physical activity than our study participants, or it may be that they have serious chronic diseases that make increased activity impossible.

Let’s imagine for a moment that something changes the walking habits of all Australians, so everyone is walking at least 8,800 steps per day – maybe a combination of a Fitbit craze and an oil shortage that sends petrol to A$10 a litre. What effect would this have on health services?

Read more: Is sitting as dangerous as smoking?

Considering only the people aged over 55, at a minimum it would reduce the need for hospitalisation by 975,000 bed days per year, for a saving of $1.7 billion dollars. Given there are health benefits at other ages, and the less healthy Australians not represented in our study could benefit more, the actual benefit is likely to be even greater.

An extra 4300 steps per day is not much. It’s just 40 minutes walking, which might include going to the shops, picking up kids, or taking the stairs at work. It doesn’t have to be “exercise”, although higher intensity activity for those who enjoy it has greater health benefits.

With governments searching for ways to reduce spending, and 16% of the federal budget being spent on health, tackling physical inactivity of individual patients, as well as ensuring our urban centres are walking- and cycling-friendly would make a major difference.

Ben Ewald is a General Practitioner in private practice and an academic with the University of Newcastle where he teaches public health topics and undertakes research about physical activity/health and other questions that arise from practice. The views expressed in this article are the author’s own and do not necessarily reflect Global Village Space’s editorial policy. This piece was first published in The Conversation. It has been reprinted with permission.

How to make your child resilient

Want to meet your goals? How about daydreaming!