Win in Senate elections may pave way for PML-N to legislate against judiciary? 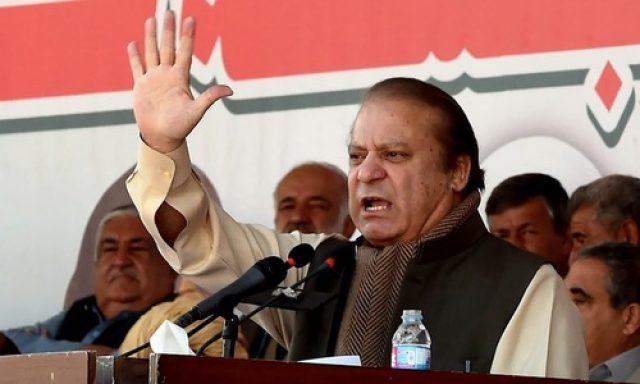 Senate Elections are underway. The upper house of the parliament is to be reelected today. Given the political environment of the country, these elections have huge stakes.  Pakistan Muslim League-Nawaz (PML-N) is seeking ascendency in the upper house to consolidate its power before 2018 general elections.

The Senate is a body of 104 lawmakers which serves for a term of six years. Half of the candidates are elected at one time and remaining are elected after 3-years.  Elections for 52 seats are to be held today including the 12 seats from Punjab. Polling for the elections started at 9am across the four assemblies and National assembly. It is expected to be concluded at 4pm without a break.

Read more: Senate elections: How many seats is each party expected to win?

According to Election Commission of Pakistan (ECP) code of conduct, which was issued on Friday, MNAs and MPAs should ensure the secrecy of their votes.

The fierce fight is expected among the candidates as parties are indulged in a tug of war to gain maximum seats in Senate.

PML-N has been accusing Asif Ali Zardari of horse-trading in Punjab in Senate elections. Some members of National Assembly have claimed that they had received telephone calls from unknown numbers pressurizing them to change their loyalties.

Nawaz government is under pressure to perform well in Senate elections to send a signal to other institutions especially judiciary of their power. After holding massive rallies across Pakistan, and demonstrating street power, PML-N is more confident of sweeping the Senate elections.

The interim President of PML-N Shahbaz Sharif took a pledge from the party’s MPAs from Punjab to ensure victory of the candidates in the Senate polls.

Apparently, there is grouping within PML-N. Party is divided between those who wanted conflict with institutions and those opposing the stance of Nawaz against judiciary.

PML-N legislators believe that if they could somehow gain maximum seats in Senate and win the next elections with majority, it may open the way for new legislations which may restrict and define the domain of institutions.

While speaking on a point of order in the National Assembly yesterday, Federal Minister for Climate Change Mushahid Ullah Khan said that “judges should work within their limits and if they crossed their limits, the parliament would legislate against the judiciary’”.

After the dismissal of PML-N’s government in Baluchistan, PML-N is working hard with its allies to win maximum seats from the province. The anti-PML-N group which played a central role in ousting of PML-N’s government is also dominating the scene and is expected to give hard time to PML-N and could prove a major test for its support and future of its politics in the province. Mahmood Khan Achakzai, the PkMAP chief is working relentlessly to boost chances of PML-N and even de-seated his own MPA Manzoor Khan Kakar who was reluctant to vote for PML-N.

Against all the odds, these elections will be litmus test for PML-Ns power and may prove to be a step towards its goal to legislate against judiciary.