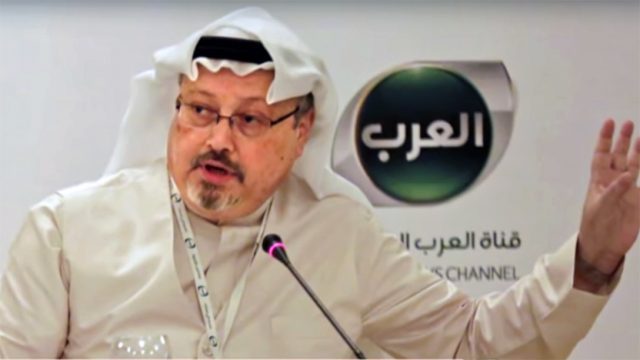 Finance Minister of Pakistan Asad Umar has stated that the Kingdom of Saudi Arabia is going to make the biggest foreign investment in the history of the country. The remarks have come a day after his much-lauded interview in BBC’s program HardTalk was broadcasted where he defended the government’s initiatives for reviving the economy, including other issues, with impeccable statesmanship.

“The ball is in our court. We have to get cabinet approval next week, after which an announcement will be made,” he said, addressing an event in Islamabad. He also expressed that the Crown Prince of Saudi Arabia Prince Mohammed Bin Salman has been communicating via different channels to speed up the process so that the plan could proceed to the implementation phase.

The Payoff for Attending an Investment Conference in KSA

Much has been said and written, in both national and international media, about Imran Khan’s led PTI government decision to attend the “Davos in the Desert” International Investment Conference of Saudi Arabia. The timing of the conference coincided with the murder of the Saudi dissident Journalist Jamal Khashoggi in Saudi Consulate in Istanbul.

In the case of foreign money coming from Saudi Arabia and China, it is important to access the extents of terms and conditions or strings attached.

Gradual revelations during the investigation from Turkish and the U.S officials started to substantiate that the offense has been carried out on the command of the top level of the Saudi monarchy. On account of the brutal and unprecedented crime where a state’s logistics on a foreign land were used to carry out the political assassination, several countries, and renowned multinational companies backed out of the Investment conference in Saudi Arabia as a protest.

Pakistan’s government decided to attend the conference anyway and PM  Khan set out for his second trip to Saudi Arabia after being sworn as the Prime Minister of Pakistan. The decision was met with outrage from both national and international media about the moral standing of Pakistan as a country.

The same was asked from Finance Minister Asad Umar by BBC’s Program HardTalk’s host that is Pakistan not ashamed for reaching out to Saudi Arabia despite the brutal murder of Jamal Khashoggi? To which Asad Umar stated that it was in line with the decade-long bilateral relations with the Kingdom.

However, the western leaders of the free world who have always schooled Saudi Arabia to adopt a particular government form and violation of human rights, reach out to same Saudis pockets to get business and ideally they should be ashamed. The decision of standing with Saudi Arabia might be questionable on the morality spectrum, but the realistic nature of global statecraft put the national interest above the generalized notion of morality.

Pakistan’s government decided to attend the conference anyway and PM  Khan set out for his second trip to Saudi Arabia after being sworn as the Prime Minister of Pakistan.

It is the precisely the reason why Donald Trump fell short of accusing the Crown Prince and sanctioning the state of Saudi Arabia as it would have resulted in the loss of up to $30 billion of business deals which he managed to bring for the American workers. Pakistan’s gesture of standing with Saudi Arabia at the troubling time was a long-term investment and owing to the troubling state of the economy, it was also the need of the hour.

The decision has started to pay off with the revelation that Saudi Arabia is planning the largest foreign investment in the history of Pakistan. It is yet to be made clear from the government circles that whether it includes already announced $6 billion packages.

Discretion Needed in the Process

While it stands true that Pakistan’s economy at the current stage is in a dire need of direct and portfolio investment, a certain level of discretion is still required to see the large-scale national interest. In the case of foreign money coming from Saudi Arabia and China, it is important to access the extents of terms and conditions or strings attached.

Read more: Khashoggi crisis highlights why investment in Asia is more productive than…

And as far as multinational firms are concerned, it is essential that the established oligarchs who have reaped the profits in billions from Pakistani market, due to lack of competition, do not exploit the benefits of tax breaks which the government is offering the new firms.

Prince William will be Harry’s best man on his wedding