The coronavirus has reached 208 countries of the world and therefore, every country is in a state of lockdown and curfew. Due to the confinement of people in homes, a surge in domestic violence is inevitable and that's why UN Secretary-General has urged all the concerned Governments to take protective measures to save women from domestic violence. 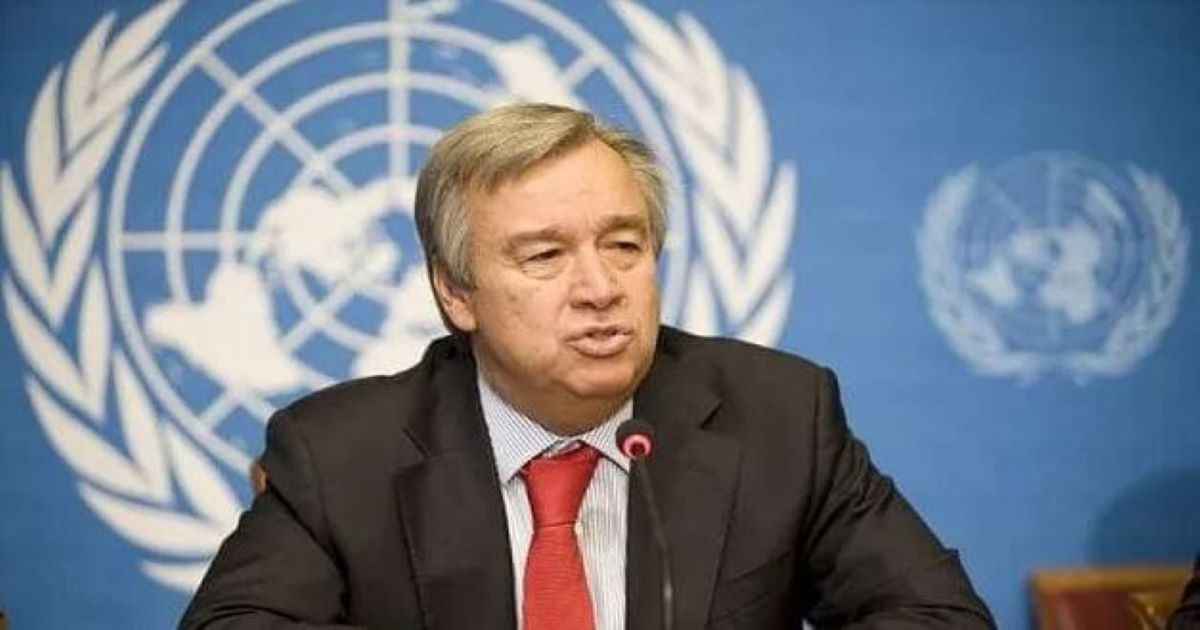 UN Secretary-General Antonio Guterres has urged governments to include the protection of women in their response to the deadly novel coronavirus pandemic as every country is in a state of lockdown.

Reports of domestic violence have surged globally in the wake of massive lockdowns imposed to contain the spread of the disease.

“Violence is not confined to the battlefield,” said Guterres in a statement and video released in multiple languages, days after his call for a worldwide ceasefire in the wake of the outbreak.

“For many women and girls, the threat looms largest where they should be safest. In their own homes,” he said.

From Berlin to Paris, Madrid, Rome and Bratislava, associations that help victims of domestic violence have sounded the alarm after Europe overtook China to become the epicentre of the pandemic.

"For many women and girls, the threat looms largest where they should be safest. In their own homes," Guterres said. https://t.co/qDQTMdOUKd

“For many people, their home is already not a safe place,” says the German federal association of women’s counselling centres and helplines (BFF).

But the stress caused by social isolation is exacerbating tensions and increasing “the risk of domestic and sexual violence against women and children”, the association warns.

Describing the rise in domestic violence as “horrifying,” he urged all governments “to make the prevention and redress of violence against women a key part of their national response plans for COVID-19.”

For children, young people and women who are victims of domestic violence — mental or physical — the current situation means “being constantly available” for abuse by the perpetrator, the German federation stresses.

Decisions to shut down schools, sports clubs and youth centres are important to curb the spread of the virus and prevent hospitals from being overrun, acknowledges Rainer Rettinger, who heads a German child protection association.

India reported double the usual number of domestic abuse cases in the first week of nationwide movement restrictions, according to the country’s National Commission for Women.

Cases in France rose by a third in the week after that country’s lockdown, authorities said, while Australia reported a 75 percent increase in internet searches relating to support for domestic violence victims.

Guterres called for setting up emergency warning systems in pharmacies and groceries, and for safe ways “for women to seek support, without alerting their abusers.”

“Together, we can and must prevent violence everywhere, from war zones to people’s homes, as we work to beat COVID-19,” he said, as he called “for peace at home — and in homes — around the world.”

IS ‘caliphate’ in Syria dead within a month: commander