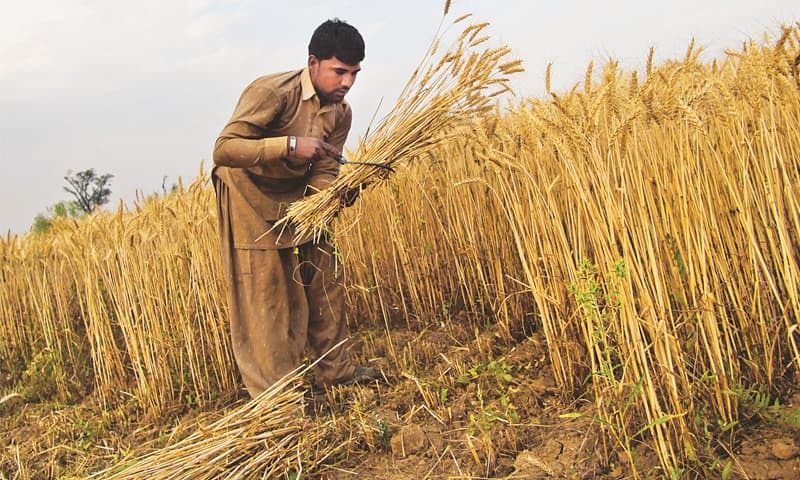 In what analysts are calling an appeasement bid, the World Bank sanctioned $300 million on Friday to upgrade agriculture in Punjab to raise farmers’ income, to provide consumers with better quality and safer food at lower prices, create jobs on farms and agribusinesses, and improvise the usage of irrigation water.

The resources provided by the World Bank will be part of a larger programme of the government of Punjab that aims to better harness the enormous potential for farming in the province, with its fertile soil and extensive irrigation system, according to a statement issued by the bank. The programme in question highlights the dilemma that while Punjab’s farmers earn too little, people pay high prices for low-quality food.

The official said that international studies have shown that deforestation and land degradation account for a significant amount of overall global carbon emissions annually.

This situation is largely the result of farm policies that have hardly changed in the last 50 years. These include extensive subsidies that are inefficient and ineffective, and government expenditure through that revenue does not provide widespread benefits and results in wasteful water utilization. The programme is estimated to create 350,000 jobs and lift 1.7 million people from poverty. It will also reduce inequality and expand opportunities for women and youth.

“Agriculture in Punjab has great potential but requires a paradigm shift to unlock growth opportunities,” said World Bank Country Director for Pakistan Illango Patchamuthu. “The government of Punjab is determined to help farmers grow high-value crops and significantly increase their incomes,” he added. “The bank stands ready to support the government of Punjab in this exciting endeavour.”

The World Bank-supported Strengthening Markets for Agriculture and Rural Transformation (SMART) project will support essential reforms for agriculture and livestock productivity, improve agriculture’s resilience to climate change and foster agribusiness in Punjab over the next five years.

Ability to reduce heat-trapping carbon emissions due to deforestation and forest degradation, and foster conservation, sustainable management of forests, and enhancement of forest carbon stocks.

The project will allocate Rs. 55 billion (about $520 million) a year that is currently spent on inefficient and ineffective subsidies towards SMART input subsidies for small farmers, agricultural research and farmers’ training and support for high-value and climate-smart agriculture. Also, SMART will help improvise the sustainability of agricultural production by strengthening the management of irrigation water and help tackle the problem of groundwater depletion and salinization.

“Key reforms supported by the project include the transition towards high-value agriculture, which will substantially raise farm incomes and employment in Punjab,” said Hans Jansen, Senior Agriculture Economist at the World Bank.

Read more: Panic has set in… what in the world is going on?

“This will be done by shifting resources away from ineffective subsidies towards supporting farmers to produce higher-value products such as vegetables, fruits, pulses, oilseeds, milk and meat, whose demand is growing many times faster than lower-value crops such as wheat.”

The SMART project is supported through the World Bank’s Program-for-Results (PforR) financing instrument. PforR’s features include using a country’s own institutions and processes, and linking disbursement of funds directly to the achievement of tangible results.

The World Bank, in September this year, had announced $3.8 Million to cater to Pakistan’s deforestation rate and to assist various green initiatives in abandonment due to lack of funds. The World Bank’s Reducing Emissions from Deforestation and Forest Degradation (REDD+) $3.8 million programme will help boost forest cover and control deforestation in Pakistan, a Ministry of Climate Change official told a publication.

“We cannot protect the country from devastating impacts of global warming-induced climate change, as long as our forests continue getting chopped down,” the official said. “Forests are the best way to achieve enhanced climate resilience against fallouts of climate change impacts.”

The official said that international studies have shown that deforestation and land degradation account for a significant amount of overall global carbon emissions annually. “Most people assume that global warming is caused by burning oil, gas and coal. But in fact between 25% and 30% of the greenhouse gases released into the atmosphere each year- or approximately 1.6 billion tons of carbon dioxide, is caused by deforestation, mainly the cutting and burning of forests, every year,” he said.

Jhelum symbolizes all that could go wrong with PTI politics