Afghanistan's sights are set lower but they have a long-term dream. 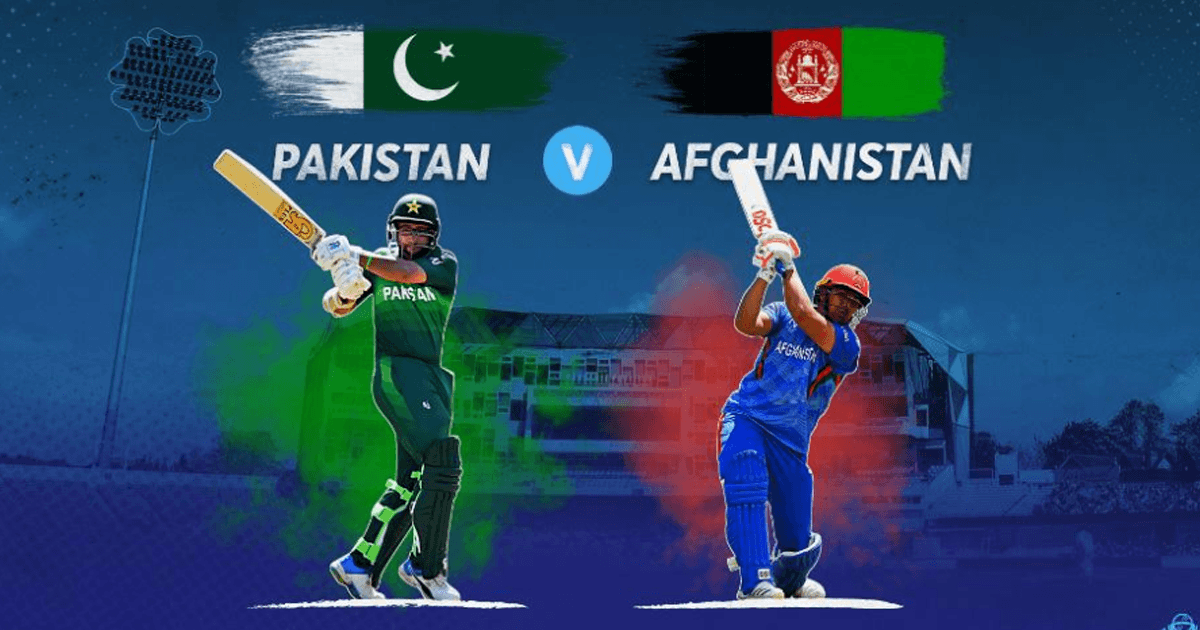 Afghanistan v Pakistan is perhaps the World Cup match that cricket fans in the war-weary nation will be watching most intensely.

It is a complicated relationship. Many Afghanistan players learned the game growing up as refugees in Pakistan but lots of Afghans also accuse their powerful neighbor of supporting Taliban militants.

With years of distrust and blame between the two countries, a high-stakes victory over Pakistan in the sport it loves best on Saturday would taste especially sweet to Afghans.

There is also intrigue on the pitch at Headingley, in the northern English city of Leeds.

Read more: CEO Afghan Cricket Board claims their team is superior to Pakistans

Pakistan cannot afford any more slip-ups, needing to win their final two matches to retain a realistic chance of reaching the semi-finals after a slow start to the tournament.

Afghanistan, appearing in just their second World Cup since their debut in 2015, are playing for pride after losing all seven of their matches so far.

Afghanistan captain Gulbadin Naib played down the political tensions between the two nations at his pre-match press conference on Friday, saying he hoped cricket could build bridges.

“We are also hoping cricket is one thing that can keep a good relationship for anyone, any other country. So I am hoping that not only with Pakistan, but with India, Sri Lanka and other countries.”

Cricket became popular in Afghanistan after the Soviet invasion of 1979, with young people learning the sport in refugee camps on the Pakistan border.

Gulbadan Naib "we learnt and played a lot of cricket in Pakistan. Sport can help to keep a good relationship with other countries and InshAllah we're hoping that in the coming years we'll play a lot of cricket with Pakistan" #PAKvAFG #CWC19 pic.twitter.com/Thz1OnxLQM

Two former Pakistan internationals — Kabir Khan and Rashid Latif — have played key roles in the development of Afghanistan as coaches over the past decade.

On the pitch, Afghanistan beat their formidable rivals in a pre-World Cup warm-up match, but they have lost all three official one-day internationals between the two sides.

Despite this winning record, Pakistan skipper Sarfaraz Ahmed warned his players not to take Afghanistan lightly.

“We know they have quality spinners in their team,” said Sarfaraz, referring to Rashid, Nabi and Mujeeb Ur Rahman. “We can’t take them lightly because a team such as Afghanistan can be dangerous.”

“We have staged a comeback with a strong belief that we can win and then our way to the semi-final is paved, but at the moment we have only Saturday’s game on our minds,” he added.

Pakistan’s last match of the round-robin phase is against Bangladesh, which could turn into another virtual quarter-final at Lord’s on July 5 as they target the semi-finals and dream of a second World Cup triumph.

Afghanistan’s sights are set lower but they have a long-term dream.

Naib said he hoped playing at tournaments such as the World Cup would boost the standard of the game in Afghanistan.

“We want more matches to build our cricket so it’s really good for us to play a lot of cricket with them (major nations),” said the Afghan skipper.