Imran Khan, a leader with astounding global following, makes to the cover of Time Magazine special edition on the World Economic Forum session in Davos. Will PM Khan rack up similar global attention on his keynote speech at WEF as he did at his maiden speech at UNGA session last year? 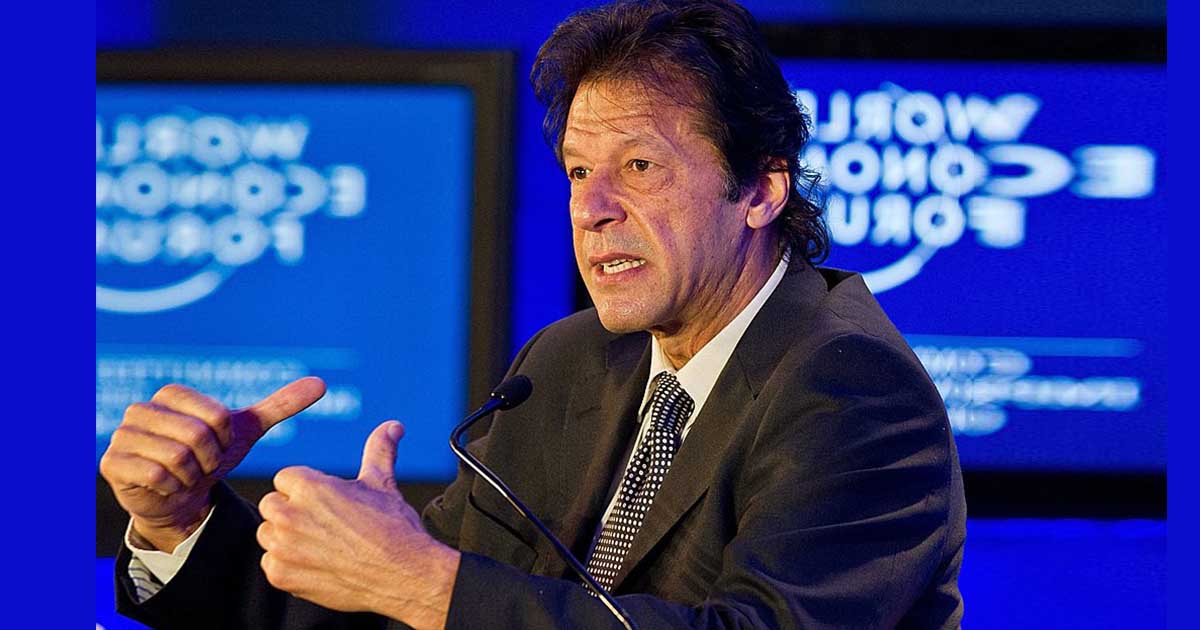 Prime Minister Imran Khan appeared on the covers of the special edition of Times Magazine for the World Economic Forum (WEF) session in Davos, Switzerland.

Prime Minister Imran Khan has been featured on Time Magazine’s cover page along with four other world leaders in the publication’s special edition on the #WorldEconomicForum.@Asad_Umar @Dr_FirdousPTI @fawadchaudhry pic.twitter.com/DdPsy227Cx— Information Ministry (@MoIB_Official) January 21, 2020

PM Khan is seen sitting with four other world leaders on a chairlift with the Swiss Alps in the background. Also on the cover, President Donald Trump and young climate activist Greta Thunderberg are spotted on another chairlift, given the anticipated rivalry between them at Davos.

Imran Khan will begin his three-day official trip to Switzerland on Tuesday January 21st, on the invitation of Founder and Chairman of World Economic Forum, Klaus Schwabe. The Prime Minister is set to deliver a keynote at the session.

According to Foreign Office Pakistan, this year’s WEF session is organised under the theme of ‘Stakeholders for a Cohesive and Sustainable World.’

He will meet various corporate and world leaders on the sidelines of the session but his most important engagement is scheduled with the US President, Donald Trump.

As per the official statement, PM Khan will apprise the global attendees of the WEF session with Pakistan’s goals and vision, achievements in the economic sector, peace, stability, trade, business, and investment opportunities.

His economic team, including Advisor on Commerce Razak Dawood and Special Assistant for Overseas Pakistanis, Zulfi Bukhari, will accompany him at the session.

In his engagement at the session, he will also “highlight the current situation in the India-held Jammu and Kashmir and Pakistan’s perspective on key regional and international issues.”

PM Khan, with humungous international fame, was named among the Time’s most influential people in April 2019.

PM Imran among Time’s 100 most influential people of 2019

The magazine admired his charismatic leadership skills and remarkable political struggle, making his way up to premiership from a container.

Time magazine published a comprehensive chronological article on his journey from the most celebrated cricketer to philanthropy and premiership.

Khan emerged globally as a protagonist of peace in South Asia, while he also garnered appreciation from various world leaders in this process

Journalist Ahmed Rashid wrote, “Pakistan is at a critical crossroads, and the man in charge is the closest it has to a rock star. Imran Khan captained the team that won the 1992 Cricket World Cup, built a world-class cancer hospital in Lahore, then a top-notch university for kids who could never have dreamed of attending one. Twenty years ago, he entered politics—a dirty business in Pakistan at the best of times.”

“Driven by fierce ambition, he can be cold and calculating. But he still generates the broadest hope among young and old that he can turn Pakistan around, and help make South Asia an ocean of peace…,” the article further read.

PM Khan’s was hailed for his decision to release the captured Indian pilot Wing Commander Abhinandan Varthaman, as a ‘peace gesture’ to neutralize the war-like situation between the two countries in February 2019. Khan emerged globally as a protagonist of peace in South Asia, while he also garnered appreciation from various world leaders in this process.

Asad Omar says “Economic Crisis is Over”: Is it?

Why did PML-N’s Abdul Qadir Baloch leave the party?

Wrath of state will fall on violent protesters: Government