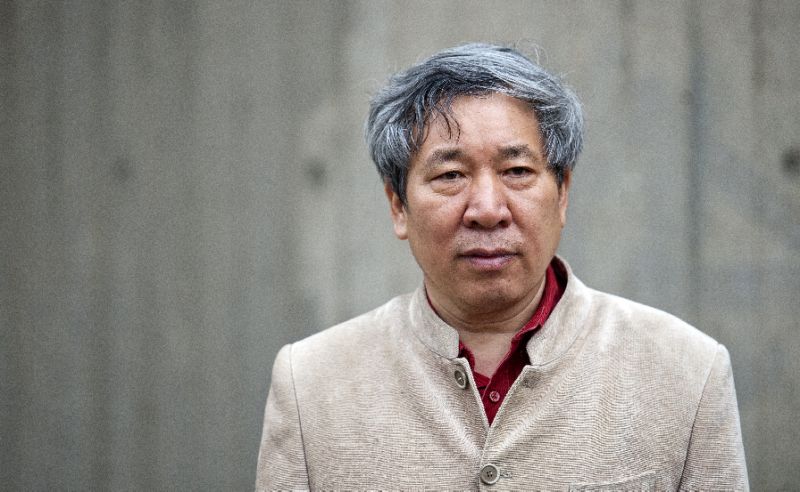 Chinese author Yan Lianke, whose works are banned in his heavily censored homeland, has urged world leaders not to shy away from confronting China about its human rights record. Yan, who offers frank portrayals of Chinese life prompting years of state censorship, said leaders flocking to China have become too focused on economic ties.

The 60-year-old novelist told AFP that Beijing needs to face up to its human rights issues, but visiting politicians “don’t really care about these things now”. “The problem is they don’t seem to be talking about it as much as they used to,” he said ahead of his first British festival appearance at the Edinburgh International Book Festival on Monday.

The novelist has nonetheless received numerous international awards, including the 2014 Franz Kafka Prize, and was also shortlisted for the 2016 Man Booker International Prize.

“They seem more about trade and money and agreements.”Chinese authorities have severely reduced space for civil liberties and criticism of the ruling Communist Party since President Xi Jinping took office in 2012. British Prime Minister Theresa May was under pressure to address the situation on a visit to Beijing in February but failed to make any public statements on it.

Downing Street insisted concerns over human rights were raised privately, but China’s nationalist tabloid the Global Times commended her for having “sidestepped” thorny issues. French President Emmanuel Macron was praised in the same editorial for reportedly ignoring “radical public opinion” and past European “prejudices against Beijing” during his own visit to China the previous month.

Read more: The Middle East: History threatens to repeat itself

Nicola Sturgeon, who leads the semi-autonomous Scottish government in Edinburgh, insisted she raised rights abuses with the Chinese government during a private meeting in April. It followed a £10 billion ($13 billion, 11 billion euro) investment deal in Scotland with Chinese state-backed companies collapsing in 2017 amid criticism of the firms from human rights groups.

Novels Based in ‘China’s Reality

Yan said he largely ignores global politics including the frequent swipes at China by US President Donald Trump preferring to seek inspiration in the lives of ordinary citizens. “All of my novels are very closely connected with China’s reality,” he said. “I have a great love for China and I have a great love for the Chinese people.

“China doesn’t publish my novels anymore, so there is no more censorship,” he said, reflecting that international plaudits do little to improve his reputation with the Chinese Communist Party.

“If you persist in putting art first, truth first, if you don’t especially pursue fame and profit, then I think in (China) there are endless stories to write. “As long as you dare to face the truth, you will certainly write a great novel,” Yan said he is surprised that his work is often characterized as satire in other countries.

“In China, many critics and readers believe Yan Lianke confronts China’s pain and suffering, but outside of China, this turns into satire and humor I guess this must be the difference of cultures,” he said. The novelist has nonetheless received numerous international awards, including the 2014 Franz Kafka Prize, and was also shortlisted for the 2016 Man Booker International Prize.

All books sold in China must go through an official approval process. Many of Yan’s works, set during sensitive periods of upheaval like the Great Leap Forward, which caused one of the worst famines of all time, and the Cultural Revolution, have run afoul of the censors. One of his best-known works, “The Joy of Living,” about a village of disabled peasants making it through China’s tumultuous reform years, got him kicked out of the army’s propaganda department in 2003.

French President Emmanuel Macron was praised in the same editorial for reportedly ignoring “radical public opinion” and past European “prejudices against Beijing” during his own visit to China the previous month.

In 2005, he published a novel close to his heart about blood-selling scandals that wiped out entire villages in his native Henan province after they were blamed for spreading HIV/AIDS. It was initially released but then recalled, despite efforts to tailor the content to pass censorship. His next novel looks set to be just as controversial: an exploration of the five major religions in China.

Despite being banned, his books have attracted an underground fan base inside the country, with readers passing around excerpts and pirated copies online. Yan said he has given up trying to get around the censors and now focuses solely on the international market. “China doesn’t publish my novels anymore, so there is no more censorship,” he said, reflecting that international plaudits do little to improve his reputation with the Chinese Communist Party.

“I don’t need to self-censor and don’t need anyone else to censor, so I have more freedom in my writing,” he said. “For example, in ‘The Four Books’, ‘The Day the Sun Died’, my writing was very unrestrained, because I no longer need to publish in China.”

Elite of US & India gather for Ambani wedding