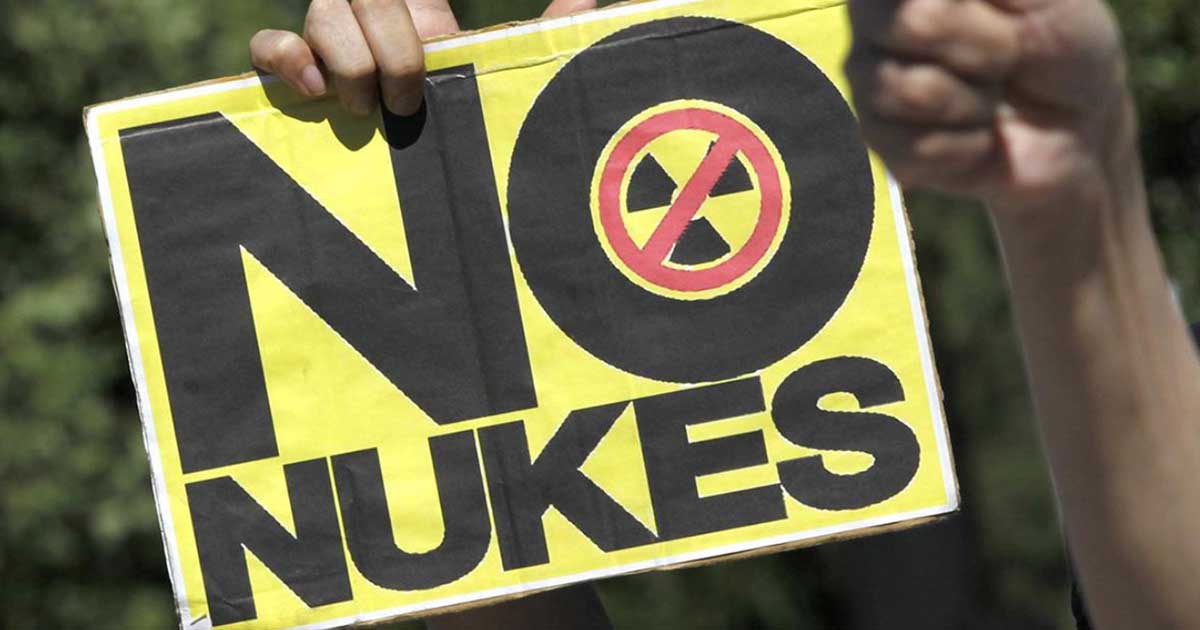 The overall number of nuclear warheads in the world has declined in the past year but nations are modernizing their arsenals, a report published Monday said.

"There is a new type of arms race, not about the quantity of warheads but about technologies."

The global nuclear arsenal has slightly decreased in the past twelve months, according to SIPRI, but the risk of nuclear conflict has risen.https://t.co/PSGCMXU4z1

At the start of 2019, the United States, Russia, Britain, France, China, India, Pakistan, Israel, and North Korea had a total of some 13,865 nuclear weapons, according to estimates in a new report by the Stockholm International Peace Research Institute (SIPRI).

Which states collectively possessed approximately 13 865 nuclear weapons at the start of 2019?

That represents a decrease of 600 nuclear weapons compared to the start of 2018.

But at the same time, all nuclear weapon-possessing countries are modernizing these arms – and China, India and Pakistan are also increasing the size of their arsenals.

“The world is seeing fewer but newer weapons,” Shannon Kile, director of the SIPRI Nuclear Arms Control Programme and one of the report’s authors, told AFP.

The drop in recent years can mainly be attributed to the US and Russia, whose combined arsenals still make up more than 90 percent of the world’s nuclear weapons.

This is in part due to the countries fulfilling their obligations under the New START treaty – which puts a cap on the number of deployed warheads and was signed by the US and Russia in 2010 – as well as getting rid of obsolete warheads from the Cold War era.

The START treaty is, however, due to expire in 2021, which Kile said was worrying since there are currently “no serious discussions underway about extending it”.

Next year the treaty on the Non-Proliferation of Nuclear Weapons (NPT) – considered the cornerstone of the world’s nuclear order – turns 50.

I think the trend is moving away from where we were five years ago, where the world’s nuclear weapons were being marginalized

The number of arms has been drastically reduced since a peak in the mid-1980s when there were some 70,000 nuclear warheads in the world.

While Kile said progress should not be underestimated, he also noted a number of worrying trends, such as the build-up of arms on both sides of the border between India and Pakistan, and the danger of a conventional conflict escalating to a nuclear one.

There is also a more general trend towards an “increased salience” of weapons, where changing strategic doctrines, particularly in the US, are giving nuclear weapons an expanded role in both military operations and national security dialogue, Kile said.

“I think the trend is moving away from where we were five years ago, where the world’s nuclear weapons were being marginalized,” Kile said.

Read more: U.S pulls out of nuclear treaty with Russia

Former UN chief Ban Ki-moon recently urged nuclear powers to “get serious” about disarmament and warned there was a “very real risk” that decades of work on international arms control could collapse following the US pullout of the Iran nuclear deal, which he said sent the wrong signal to North Korea.

Global disarmament efforts also suffered a blow when the United States announced in February it would withdraw from the Intermediate-Range Nuclear Forces (INF) treaty, prompting Russia to say it would also suspend its participation.

Trump presidency is like a rudderless ship after Bannon’s exit