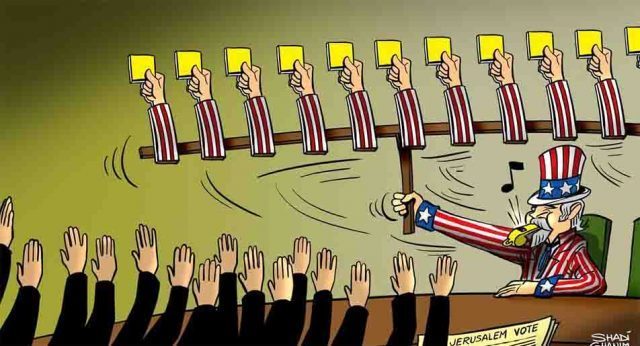 Carles Puigdemont, Catalonia’s former President and separatist leader has been detained in Germany. His arrest comes after a European arrest warrant was issued against him. German authorities will decide on an extradition case within 60 days. Several other separatist leaders have also been arrested and imprisoned in Spain. Puigdemont created a national crisis in Spain when he led the independence referendum in October last year, demanding independence of Catalonia from Spain – an issue that smolders for past several decades.

Overwhelming majority of Catalonian voters preferred independence from Barcelona. Puigdemont had to live in self exile, as he had fled Catalonia after the referendum was deemed illegal, until his safety was to be guaranteed. The Spanish authorities have accused him of rebellion, embezzlement and sedition. He could face up to 30 years of imprisonment. But his arrest in Germany, EU’s leading nation, has raised difficult and interesting questions and exposed Europe’s double standards in dealing with movements for autonomy.

Catalonia is a rich part of Spain; apparently 20% of Spain’s GDP depends upon Catalonia.  It is thus understandable that Spain rejects Catalonia’s moral, economic and political claim to self determination. They have the support of Germany who is vouching for maintaining “political stability”, while other European countries believe Catalonia is “Spain’s internal matter”. Any separatist elements will be deemed as “rebellious”.

It is ironic how the western world, across Europe, has united to extradite an elected Spanish leader, with popular mandate, yet is often seen providing asylums (and perhaps other help) to violent insurgent leaders from Baloch insurgency in Pakistan.

Europe’s considerations of “stability” in its own backyard are appreciated but this is definitely an awkward moment for Europe because European states, parliaments, human right institutions, and media have expressed vocal support and sympathy for separatist movements elsewhere. Baloch insurgents from Pakistan – like Hyrbiyar Marri, Brahmdagh Bugti and others – have found themselves welcome in UK, Switzerland and Brussels. They have been invited to speak to parliaments and key institutions and have been issued with travel documents or visas to facilitate their movement across a continent which is often difficult to get into for ordinary Pakistanis.

Read more: Scotland Wants out of UK into Europe

Spanish government ordered a crackdown, in Catalonia, on the day referendum was being conducted in order to decrease voter turnout, and successfully managed to do so. Spain is making thwarted attempts to extradite Puigdemont by arresting him on German soil. Germany can extradite suspects only if the alleged offence is also punishable under German law. There is no such crime as rebellion under German law; however Spain could advocate German’s law against a crime of high treason, defined as using force or the threat of force to undermine the constitutional order, to extradite Puigdemont.

Sympathy for separatists in Pakistan

A quick comparison between separatist movements of Spain and Pakistan is enough to expose Europe’s double standards. Separatists of Catalonia are elected leaders who enjoy widespread public support and have never been accused of murders, killings or any violent insurgencies in Spain, meanwhile in Pakistan, the Baloch resistance is an underground group of armed insurgents that get help across borders. The Baloch insurgents, supported by outside regional forces, have attacked and played havoc with state and public infrastructure.

These included disruptions of road network, gas installations and electricity supplies to industry and towns; killing of ethnic opponents, abductions for ransom, killing of law enforcement officials and murders of Chinese engineers and CPEC workers. The insurgency, only in the past few years, has resulted in killings of more than 5200 civilians.

Europe’s considerations of “stability” in its own backyard are appreciated but this is definitely an awkward moment for Europe because European states, parliaments, human right institutions, and media have expressed vocal support and sympathy for separatist movements elsewhere.

Baloch separatists are not even representative of the full Baloch population; at least half the population of province is non-Baloch; is either Pashtun or Punjabi and insurgents mostly represent fringe elements from certain districts. According to a Gallup survey, conducted for DFID, majority of Baloch do not support independence from Pakistan. Only 37 percent of Baloch were in favor of independence. This segment becomes even more insignificant once you realize that full 50% of the population of province is non-Baloch.

In 2012 much to Pakistan’s reverberation, the U.S. Congress convened a hearing on Balochistan and supported the demand for a free Baloch land. International support to Baloch insurgents has been endless. Several platforms have been provided to them including “luxurious exiles” and political asylums to Baloch leaders such as Mir Suleman Dawood, who proclaims himself to be the future king of Balochistan, and Hyrbyair Marr. Hyrbyair Marri ran off to Britain in 2000 when he was sought by Pakistani authorities for various crimes. Hyrbyair was arrested, along with a young Baloch rights campaigner Faiz Baloch in 2007. They were arrested on charges of inciting others to commit murder abroad.

Read more: Puigdemont, a hero in Catalonia, yet deemed as an embezzler in…

However he was even cleared of all terror charges in 2009 by a British jury. Mehran Marri, grandson of Khair Bux Marri, another prominent insurgent, lives comfortably in UK and keeps travelling across Europe to drum up support for Baloch separatism. All these leaders in exile – from UK or Switzerland or Brussels – maintained active links with violent insurgents inside Balochistan. Arrest of Indian intelligence saboteur, Kulbhashan Yadav, in 2016, provided information on Indian plans to provide access to Baloch insurgents towards Arabian sea – in the form of bridgehead for logistics.

A British human rights advocate, Peter Tatchell, once stated, “This decision to grant Hyrbyair asylum is very significant. It is an acknowledgement by the British government that human rights abuses in Balochistan are so widespread and grave that Mr Marri cannot return there safely. This ruling is a damning indictment of the severe political repression that exists in Pakistan.”

It is ironic how the western world, across Europe, has united to extradite an elected Spanish leader, with popular mandate, yet is often seen providing asylums (and perhaps other help) to violent insurgent leaders from Baloch insurgency in Pakistan.