Wuhan recovery gives hope to rest of the world, WHO: Initiated a WhatsApp number

Wuhan was the first city in world to register first coronavirus case. However, the city successfully defeated the virus when it reported zero cases for continued 2 days. This example shows that with determination, resilience and commitment; any kind of epidemic can be arrested. 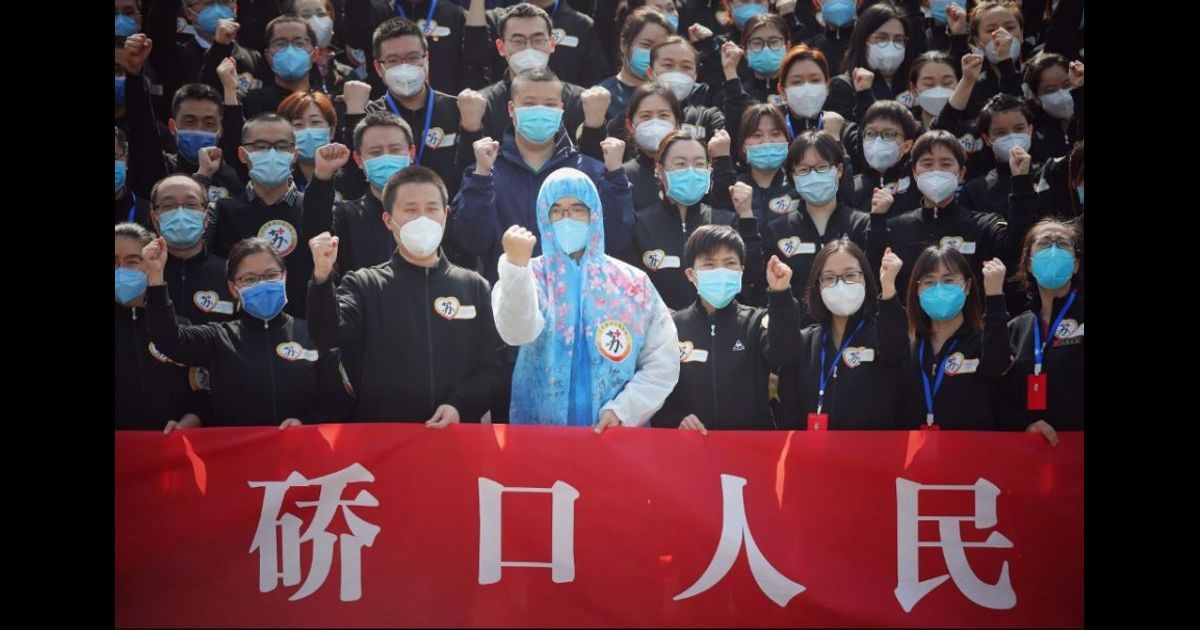 The World Health Organization (WHO) said Friday that the original epicentre in China of the coronavirus outbreak at last reporting no new cases gave hope to the rest of the world battling the pandemic.

The city of Wuhan registered no new cases of COVID-19 in 24 hours — for the first time since reporting its first case in December in an outbreak that has gone on to infect more than 250,000 people around the world and kill more than 11,000 people.

The World Health Organization said Friday that the Chinese epicentre of the coronavirus outbreak at last reporting no new cases gave hope to the rest of the world battling the pandemic.https://t.co/9JuoqxaXAc

“Yesterday, Wuhan reported no new cases for the first time since the outbreak started,” WHO chief Tedros Adhanom Ghebreyesus told a virtual news conference in Geneva.

“Wuhan provides hope for the rest of the world that even the most severe situation can be turned around.

“Of course, we must exercise caution; the situation can reverse. But the experience of cities and countries that have pushed back this coronavirus gives hope and courage to the rest of the world.”

Read more: US or China? Who handled Coronavirus better?

China as a whole is now reporting only a handful of new infections each day — all of them apparently from overseas visitors — as the crisis has shifted from Asia to Europe, which has now reported more deaths than China.

Tedros said the WHO’s greatest worry was the impact that the virus could have if it took hold in countries with weaker health systems or more vulnerable populations.

Wuhan registered no new cases of #COVID19 in 24 hours — for the first time since reporting its first case in December#coronavirushttps://t.co/WxL9a4jwdk

“That concern has now become very real and urgent,” he said, but added that significant sickness and loss of life in such countries was not inevitable.

“Unlike any pandemic in history, we have the power to change the way this goes,” he said.

Tedros said that although older people had been the hardest hit by the disease, younger people were not spared, saying they made up many of the sufferers needing hospital treatment.

He said solidarity between the generations was one of the keys to defeating the spread of the pandemic.

“Today I have a message for young people: you are not invincible. This virus could put you in hospital for weeks — or even kill you,” Tedros warned.

“Even if you don’t get sick, the choices you make about where you go could be the difference between life and death for someone else.

“I’m grateful that so many young people are spreading the word and not the virus.”

WHO emergencies director Michael Ryan said that two out of three people in intensive care in badly-hit Italy were aged under 70.

The WHO also said it was now using the term “physical distancing” rather than “social distancing” to describe the need to maintain space between people to avoid the virus passing.

Although people may need to go into physical isolation, they did not need to become socially isolated, he said, adding it was important to maintain good mental health during the crisis.

“We can keep connected in many ways without physically being in the same space,” said Maria Van Kerkhove, who heads the WHO’s emerging diseases unit.

Tedros added: “It’s normal to feel stressed, confused and scared during a crisis. Talking to people you know and trust can help.”

Whilst advising people to maintain their mental and physical health during the crisis, including exercising and eating a healthy diet to help the immune system, Tedros also had a message for the world’s smokers.

“Don’t smoke. Smoking can increase your risk of developing severe disease if you become infected with COVID-19,” he said.

The WHO also said it was launching a new health alert messaging service on WhatsApp, containing news, information, details on symptoms and how to prevent against catching the virus.

PSA: the World Health Organisation #WHO has set up a global #COVID-19 information WhatsApp line.

The service is initially available in English, with other languages to be rolled out next week.