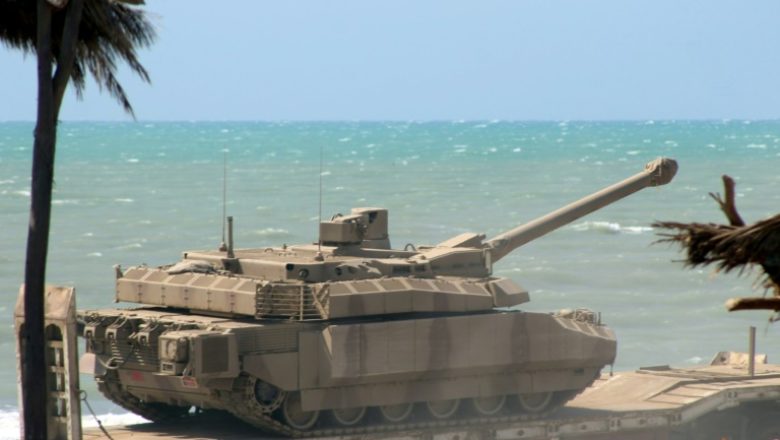 Yemen’s president has supported a UN push for fresh talks to end almost four years of fighting in his war-torn country, but analysts warn even a diplomatic breakthrough may not spare the port city of Hodeida from the fresh military action.

An uneasy calm held in flashpoint Hodeida on Thursday for the third consecutive day after nearly two weeks of intense fighting between Iran-backed Huthi rebels, who control the Red Sea city, and a pro-government alliance led by Saudi Arabia and the UAE.

For five months, the alliance has fought intermittently to drive the Huthis from the city, home to a port that is the entry point of all imports to Yemen. The bitter conflict erupted in late 2015, and half the country’s population now stands on the brink of starvation, dependent on Hodeida for supplies of humanitarian aid.

Analysts say a coalition attack on the docks remains a possibility, which would put at risk 14 million aid-dependent Yemenis.

Residents say they fear a siege on the city, where airstrikes and street battles have left entire neighbours destroyed and sparked fears the port, already under blockade by the Saudi-led alliance, could be the next target. “There are trenches and barricades inside and around the city,” said resident Amjad Zaid.

“Now, the people are besieged from inside Hodeida. Hodeida is under an internal and external siege.” Shops and schools near frontlines re-opened Thursday and some families began to venture back out, as men in military fatigues could be seen hauling grenade launchers across the city on motorcycles.

Loyalist fighters on Wednesday said they had been ordered to halt military operations, just as the fight reached Hodeida’s most heavily populated neighbourhoods on the southern and eastern city limits. But a spokesman for the Saudi-led coalition declined to confirm a ceasefire in Hodeida.

“Military operations are ongoing, and each operation has its own specifics and pace,” Col. Turki al-Maliki told AFP. The Huthi rebels reported airstrikes Thursday on Kilo 16, the main supply route for the rebels and for aid shipments to cities across Yemen. The coalition did not confirm the report.

The bitter conflict erupted in late 2015, and half the country’s population now stands on the brink of starvation, dependent on Hodeida for supplies of humanitarian aid.

Diplomatic pressure to end the conflict gathered pace this week, with the US, France and Britain calling for a cessation of hostilities. The three countries, major providers of arms to Saudi Arabia, have not yet halted weapons sales to the kingdom.

Both the UAE, which has US-trained troops on the ground in Yemen, and Yemen’s embattled President Abedrabbo Mansour Hadi have backed UN efforts to host negotiations with rebels in Sweden by year’s end.

Hadi on Wednesday backed the UN-proposed talks, but vowed to “liberate” Hodeida “whether through peace or war,” according to the official Saba news agency.

Multiple rounds of attempted talks between the government alliance and Huthis have failed previously, most recently in September, when the rebels refused to fly to Geneva for planned UN-hosted negotiations.

“We hope that the parties at war will reach a political agreement to handover the city and spare it from destruction and war, especially since the supply routes for food, goods and gas have been cut,” said resident Marwan Abdel Wassa, warning of “a humanitarian catastrophe”.

The Huthi rebels reported air strikes Thursday on Kilo 16, the main supply route for the rebels and for aid shipments to cities across Yemen. The coalition did not confirm the report.

The conflict has triggered what the UN calls the world’s worst humanitarian crisis. One child dies every 10 minutes of war-related causes in Yemen, one of the poorest countries in the world. Analysts say a coalition attack on the docks remains a possibility, which would put at risk 14 million aid-dependent Yemenis.

“Despite the current pause in activity, an answer on how to avert a military confrontation over Hodeida may prove out of reach,” said Elizabeth Dickinson, senior analyst with the International Crisis Group.

The Hodeida offensive sparked an international outcry over the fate of civilians trapped in the densely populated city as well as the port, which was nearly hit for the first time in a strike Monday.

“We need to protect this port at all costs, to function at the highest capacity, because if we don’t then people are going to die,” said David Beasley, director of the World Food Programme, during a visit to the port this week.

The World Health Organization estimates nearly 10,000 people have been killed in Yemen’s conflict since 2015, when the Saudi-led alliance joined the government’s fight against the Huthis. Other rights groups estimate the toll may be five times as high.

Unrest over George Floyd murder wreaks havoc in US