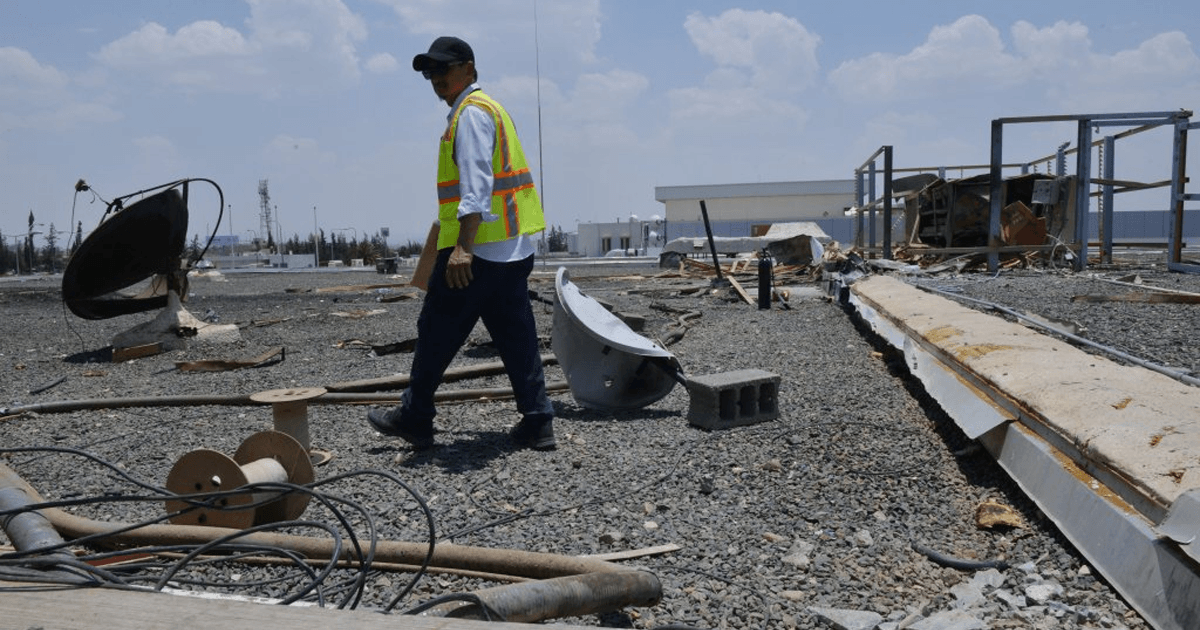 A Yemeni rebel attack on a civilian airport in southern Saudi Arabia killed a Syrian national and wounded 21 other civilians Sunday, a Riyadh-led coalition said, in a new escalation following a series of strikes on the site.

The attack on Abha airport, which the coalition said left a McDonalds outlet at the site littered with shattered glass and damaged 18 vehicles, comes amid spiralling regional tensions with Iran.

“A terrorist attack by the Iran-backed Huthi militia on Abha airport… killed a Syrian resident and wounded 21 civilians,” the coalition said in a statement carried by the official Saudi Press Agency.

The wounded — from Saudi Arabia, Egypt, India and Bangladesh — also included three women and two children who had been taken to hospital for treatment, the coalition said.

It did not provide details on how the airport was attacked, but Iran-aligned Huthi rebels have repeatedly struck the civilian facility this month with drones and missiles.

Earlier on Sunday, the rebels’ Al-Masirah TV said they had targeted Abha and Jizan airports in the south of the kingdom with drones.

The coalition did not confirm the attack on Jizan airport.

Abha airport authorities said on Twitter that air traffic had resumed and operations were running normally, without saying how long they were disrupted.

On June 12, a rebel missile attack on Abha airport wounded 26 civilians, drawing promises of “stern action” from the coalition.

Human Rights Watch denounced the strike as an apparent “war crime”, urging the Huthis to immediately stop all attacks on civilian infrastructure in Saudi Arabia.

The latest raids come amid spiralling regional tensions after Washington — a key ally of Riyadh — accused Iran of shooting down a US drone and carrying out attacks on oil tankers in the strategic Gulf of Oman.

Saudi Arabia, the United Arab Emirates, Britain and the US, in a joint statement published on Saudi state media on Sunday, voiced alarm over escalating regional tensions and the “dangers posed by Iranian destabilising activity”.

Following recent attacks, Saudi state media have reported an intensification of coalition air raids on rebel positions in the northern Yemeni province of Hajjah and the Huthi-held capital Sanaa.

The coalition intervened in support of the Yemeni government in 2015 when President Abedrabbo Mansour Hadi fled into Saudi exile as the rebels closed in on his last remaining territory in and around second city Aden.

Since then, the conflict has killed tens of thousands of people, many of them civilians, relief agencies say.

Read more: A Ramadan ‘full of mortar shells’ in Yemen

It has triggered what the UN describes as the world’s worst humanitarian crisis, with more than 24 million Yemenis — more than two-thirds of the population — in need of aid.

On Thursday the Saudi campaign in Yemen suffered a double blow as US lawmakers voted to block Trump’s arms sales to Riyadh, just hours after Britain temporarily suspended similar sales.

Does Pakistan have legal justification to ‘surprise’ India?

“Slap on the face from Iran”: Will American troops leave Middle East?