The spokesperson of the Pakistan Institute of Medical Sciences has revealed that former president Asif Ali Zardari's MRI scan has revealed that his brain has reduced in its size. However, it is yet to be determined if the brain size has shrunken due to aging or other factors. 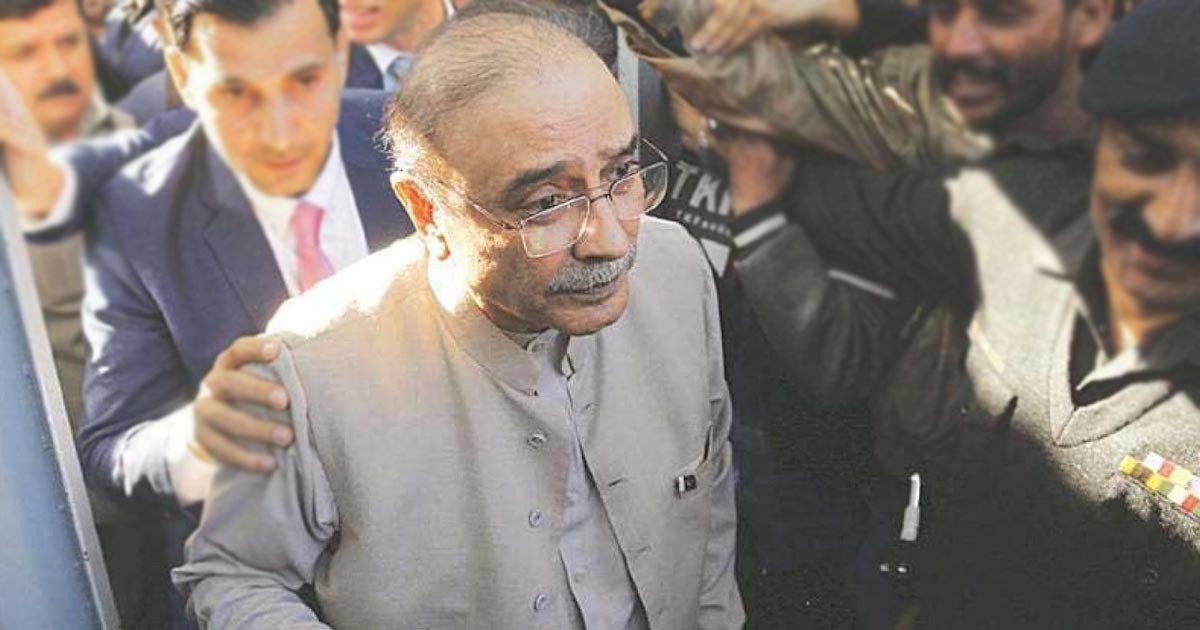 A medical board established for the physical examination of former President Asif Ali Zardari has initiated its check-up. The incarcerated Pakistan People’s Party (PPP) Co-Chairman underwent an MRI scan earlier this week.

According to the spokesperson of the Pakistan Institute of Medical Science (PIMS), a medical board, headed by Dr. Mazhar Badshah, conducted a medical examination of former President Asif Ali Zardari, and an MRI scan was also conducted.

The PIMS spokesperson said that the initial findings of the MRI scan revealed that Zardari’s brain has shrunken. However, he said that it is yet to be determined if the size reduction of the brain is due to aging or any other diseases or factors.

It is pertinent to mention here that the medical board was established on the directions of the Islamabad High Court. The court has directed the relevant authorities to provide his medical report on December 11.

Speculations are rife that the former President seeks to leave the country, citing his health condition, in the same manner as former Prime Minister Nawaz Sharif, who is undergoing medical treatment in London.

Now even the PIMS/official board has pronounced the health of Pres AsifAli Zardari as extremely fragile why is he being denied a private medical board like others?Upon this demand ChairmanSenate directed govt to immediately see to such provision.Will IntiqamSarkar ignore this too pic.twitter.com/2cCQsy86bj

Earlier in November, reports revealed that Zardari’s health condition had deteriorated significantly, and he was suffering from chest pains and increased heart rate. Sources revealed that the Zardari family was considering his options for undergoing heart surgery.

Sources from the hospital apprised the media that earlier, stents had been placed into Asif Zardari’s heart. Doctors examining the former President had warned that undergoing an operation at this stage could prove hazardous for his health.

PPP leaders have been accusing the incumbent government of politicizing the affair and denying Zardari the attention of a private medical board.

Former President Asif Ali Zardari was arrested under a fake bank accounts case and has been admitted to the Pakistan Institute of Medical Sciences (PIMS) in Islamabad.

On December 4, a division bench of the Islamabad High Court (IHC), led by Chief Justice Athar Minallah, set up a medical board of doctors from the PIMS and Zardari’s personal physician, with directions to provide the former President’s medical report to the court on December 11.