The world was successfully chasing the Sustainable Development Goal (SDG) of Zero Hunger. But the pandemic has halted economic activities risking more people to be suffering from hunger than ever before in modern history. UN's food agency believes it will double to 265 million this year. 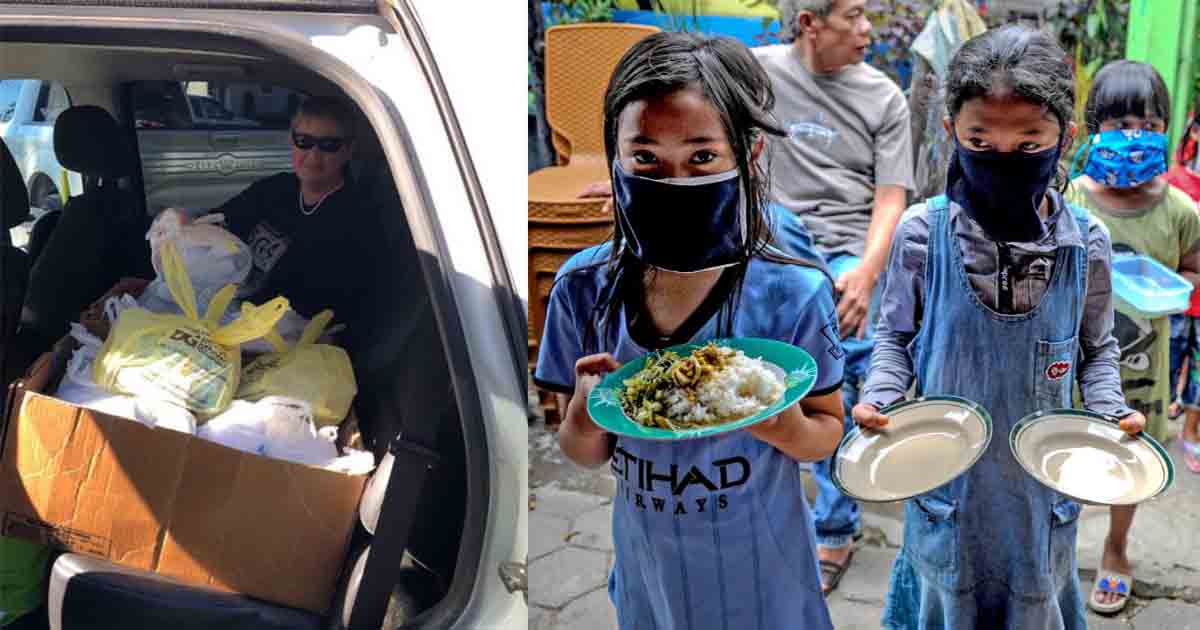 The economic fallout from the coronavirus pandemic could trigger a hunger crisis in already vulnerable parts of the world, the UN warned Tuesday, as the unprecedented clampdown on commerce sent shock waves through financial markets.

The bleak warning comes as deaths from the virus surpassed 170,000 worldwide, with governments anxiously trying to chart a path out of the unprecedented global health and economic emergency.

Debates are raging worldwide over when and how to relax strict lockdowns.

Many leaders fear triggering another wave of infections but are also worried about the mounting economic costs and signs of social tension.

The economic impact of the pandemic could lead to a “humanitarian catastrophe” with the number of people suffering from acute hunger projected to nearly double to 265 million this year, the UN’s World Food Programme warned.

“We are on the brink of a hunger pandemic,” WFP director David Beasley told the UN Security Council in a video conference.

“Millions of civilians living in conflict-scarred nations, including many women and children, face being pushed to the brink of starvation, with the spectre of famine a very real and dangerous possibility.”

The worst-case scenario could see famine in some three dozen countries, he added.

Freezes on whole sectors of commerce are already playing out dramatically on oil markets, where prices have crashed due to the drop-off in energy demand and a supply glut.

The United States is now the hardest-hit country with more than 42,000 people dead and 784,000 infected.

As the economic downturn starts to bite, US President Donald Trump has stoked conflict with Democratic state governors by urging a speedy return to business.

He also drew criticism for a late-night tweet announcing the US would temporarily halt immigration to the country, claiming it would save American jobs — some 22 million of which have vanished in the wake of virus shutdowns.

The vague threat was scant on details but suggested a hardening of his anti-immigration crusade, a move likely to delight supporters ahead of November elections.

“In light of the attack from the Invisible Enemy, as well as the need to protect the jobs of our GREAT American Citizens, I will be signing an Executive Order to temporarily suspend immigration into the United States!” he tweeted.

The White House did not provide any further details Tuesday about the measure or how long it would last.

Beer and bulls out

In hard-hit Europe, some countries are cautiously creeping out from confinement, though large gatherings appear to be out of the question for the forseeable future. While Germany is allowing small shops to reopen, authorities cancelled Oktoberfest, a beloved beer-swilling festival in southern Bavaria, for the first time since World War II.

Spain also announced it was scrapping its annual bull-running festival in Pamplona, a centuries-old tradition that normally draws hundreds of thousands.

In one week, children in Spain, who have been house-bound for over a month under a tight lockdown, will be allowed to accompany parents on food shopping and other sanctioned outings.

Italy’s Prime Minister Giuseppe Conte has also promised to soon unveil a plan to start reopening the hard-hit country. But in a sign of what lies ahead, the gradual awakening of Wuhan, the Chinese city where the virus first emerged, remains tinged with fear about fresh outbreaks of the disease.

The industrial city was released from quarantine two weeks ago, but many restaurants, for instance, have not reopened or are still only able to offer outdoor seating and takeout.

“We have very, very few customers,” said Han, the 27-year-old owner of a soy drink stall. “Everyone is worried about asymptomatic infected people,” she said. “Business is just not as good as before.”

Singapore, meanwhile, has become a sober example of how infections may ebb and flow, with the financial hub extending lockdown measures Tuesday as it battles a second wave of contagion.

Elsewhere, there is fear over how the most vulnerable will survive lockdowns that breed their own dangers.

In many parts of the world, including Latin America, weeks of confinement have seen a surge in calls to helplines for victims of domestic abuse.

Eighteen women have been killed by their partner or ex-partners during the first 20 days of Argentina’s mandatory quarantine.

Appeals to helplines have also shot up nearly 40 percent.

Read more: The Rise of “Take-Out Only”: How Cafes and Restaurants Are Surviving the Lockdown

“Every day, a women is abused, raped or beaten at home by her partner or her ex,” said Ada Rico, from the NGO La Casa del Encuentro.

“In normal times, we would help her to file a complaint. These days, the urgency is to get her out of the house as quickly as possible.”

Misery on the continent will be compounded by a looming economic recession, which a UN body says will spike poverty rates in the worst contraction in a century.

Financial markets continued a roller-coaster ride after the price of a US oil benchmark sunk below zero for the first time on Monday, sending world equities spiralling.

With energy demand sharply down and storage options running out, many traders preferred to effectively pay someone to take the oil off their hands.

The aviation sector has also been hammered particularly hard by the global economic pause, with cash-strapped Virgin Australia announcing it had entered voluntary administration — the largest airline so far to collapse.

Health workers, meanwhile, are still working round the clock under severe physical and psychological drain.

Read more: Here’s why oil prices hit to the never ever levels

In the US, some 9,000 health care workers have contracted the virus that causes COVID-19, and more than two dozen have died, according to official figures released last week.

After spending three weeks in isolation, nurse Justin Jara returned to work Tuesday at his hospital in Detroit.

“I still have fear, I am scared to go back to work,” the 26-year-old told AFP. “A doctor told me that I’m immune and I have antibodies but still, it’s not scientifically proven yet.”

92 % Kurds vote for independence in referendum: How will the regional countries react to this?