1.4 billion risk disease from lack of exercise: WHO 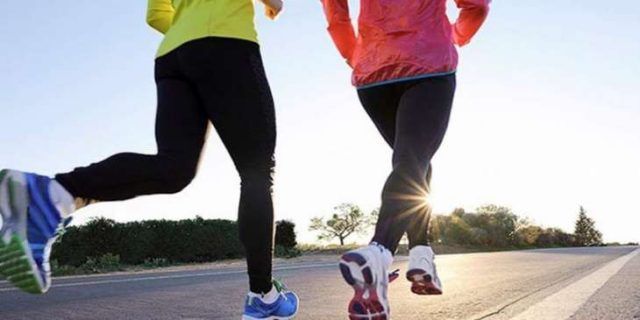 More than 1.4 billion adults are putting themselves at heightened risk of deadly diseases by not getting enough exercise, doctors are warning, with global activity levels virtually unchanged in nearly two decades. With richer nations enjoying an increasingly comfortable, sedentary lifestyle, a study by the World Health Organization said a third of women and a quarter of men worldwide are in the firing line for killer conditions such as heart disease, diabetes, and cancer unless they up their physical activity.

“Insufficient physical activity is a leading risk factor for non-communicable diseases, and has a negative effect on mental health and quality of life,” said the study of world exercise levels published Wednesday by The Lancet Global Health Journal. The WHO recommends each adult do at least 150 minutes “moderate-intensity” exercise such as brisk walking, swimming or gentle cycling each week, or 75 minutes “vigorous-intensity” activity such as running or team sports.

Melody Ding of the University of Sydney, who worked on the paper, said there were a variety of reasons why some countries were more active than others, including “biological, psychosocial, institutional, cultural and environmental barriers”.

The study tracked activity levels of 1.9 million people in 168 countries across the world during 2016. Researchers found there had been no improvement in physical activity levels since 2001, despite numerous public health initiatives extolling the benefits of exercise. More than a quarter of the world’s adults (1.4 billion people) were insufficiently active, according to the data.

“We definitely haven’t done enough” to encourage people to exercise, the WHO’s Regina Guthold, lead study author, told AFP. “We have seen basically no progress.” The study authors highlighted several worrying trends, including a stark divide in exercise rates between poor and rich nations, and between men and women.

Levels of insufficient activity to guard off non-communicable killers, including dementia and cardiovascular diseases, are more than twice as high in high-income countries compared to developing nations. Guthold said the link between the lifestyle in wealthier nations more time indoors, longer office hours, more easily accessible high-calorie foods and lower exercise levels, was part of a “clear pattern” of poorer health coming with urbanization.

“In these settings, women are often expected to be at home, take care of the children, manage the household and so sometimes don’t always have time to exercise,” said Guthold.

“As countries urbanize, people who used to be, say, farmers, and got a lot of physical activity through their work all of a sudden live in an urban environment where they might be without work or move to a sedentary job, so societies need to compensate,” she said. In four countries Kuwait, American Samoa, Saudi Arabia and Iraq more than half of adults were classified as insufficiently active.

In Kuwait, an oil-flush gulf state where temperatures regularly top 45 Celsius (113 Fahrenheit), a whopping two-thirds (67 percent) of adults weren’t exercising enough. Melody Ding of the University of Sydney, who worked on the paper, said there were a variety of reasons why some countries were more active than others, including “biological, psychosocial, institutional, cultural and environmental barriers”. “I consider one of the biggest barriers being our environment physical activity has been engineered out of life, with desk-based jobs replacing labour jobs, lifts replacing stairs, cars replacing active travel,” she told AFP.

Read more: Can you lose weight by cutting out carbs?

“Technological advancement has made our life more convenient but also less active.” Women still lag behind men in nearly every region of the world, with the gender exercise gap highest in Bangladesh, Eritrea, India, Iraq and the Philippines, the study found. “In these settings, women are often expected to be at home, take care of the children, manage the household and so sometimes don’t always have time to exercise,” said Guthold. One bright spot on the global exercise map was southeast Asia, where women were equally as active as men in the only region where inactivity has decreased since 2001.

Previous articleRaging fire tears through prized Rio museum
Next articleA Tribute to (Guppoo) Cecil Chaudhry: An officer and a gentleman!