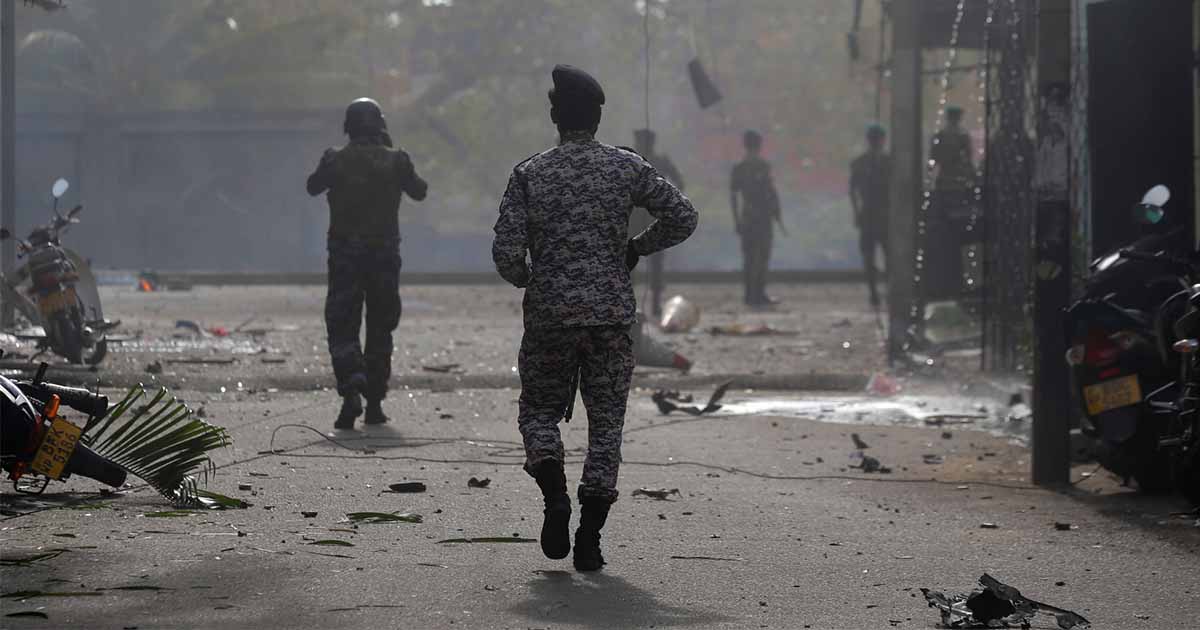 Fifteen people, including six children, died during a raid by Sri Lankan security forces as three-cornered suicide bombers blew themselves up and others were shot dead, police said Saturday.

The three men set off explosives killing three women and six children inside what was believed to an Islamist safe house near the eastern town of Kalmunai on Friday night, police said. “Three other men, also believed to be suicide bombers, were found dead outside the house,” police said in a statement.

Police backed by troops exchanged fire with those inside the house for over an hour, a military official said, adding that the bodies were recovered early Saturday following a search operation.

Gunmen opened fire on troops when they attempted to storm the house under cover of darkness, military spokesman Sumith Atapattu said adding that a civilian had got caught in the crossfire and died.

The joint operation was carried out following a tip off that those responsible for the Easter suicide bombings were holed up in a built up area of Kalmunai, 370 kilometres (230 miles) east of the capital. There were no casualties among the security forces, the police said.

The clashes came hours after the security forces raided a nearby location where they believe Islamist radicals recorded a video pledge to Islamic State leader Abu Bakr al-Baghdadi before carrying out the deadly Easter bombings.

Police said they found an IS flag and uniforms similar to those worn by the eight fighters for the video before they launched Sunday’s attacks against three luxury hotels and three churches, killing 253.

“We have found the backdrop the group used to record their video,” the police said in an earlier statement on Friday night. The Islamic State group had released the video two days after the attack.

Police showed the clothing and the flag on national television, as well as some 150 sticks of dynamite and about 100,000 ball bearings seized from the house. Security forces armed with emergency powers have stepped up search operations for Islamic extremists responsible for the bombings.