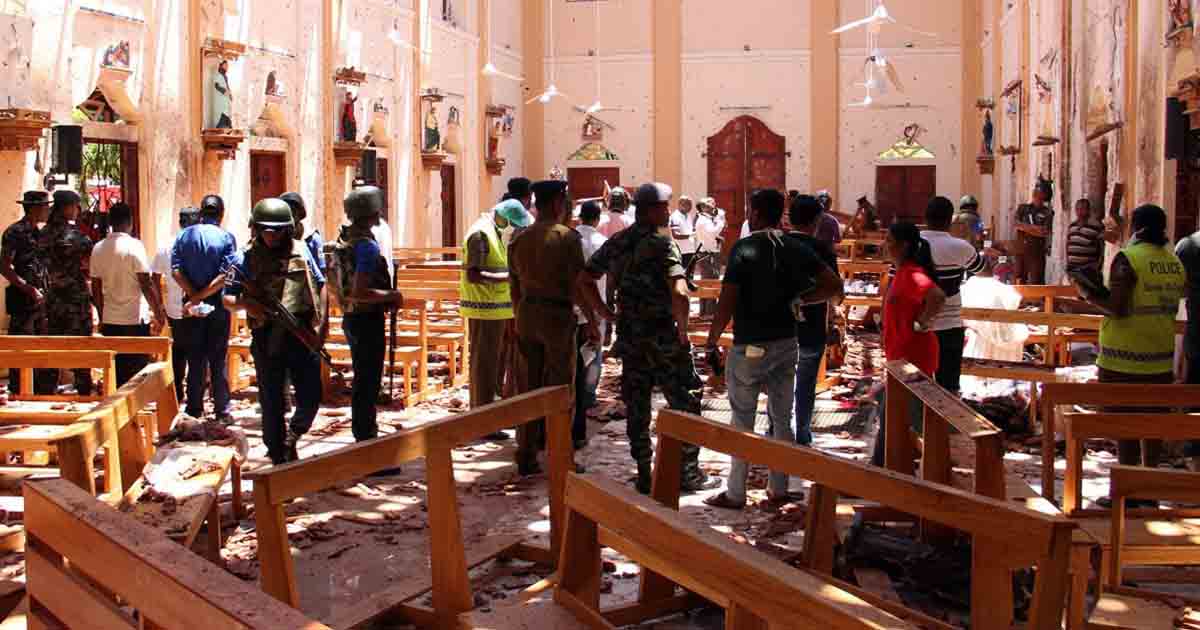 Sri Lanka’s Prime Minister Ranil Wickremesinghe stated that Pakistan has “fully supported Sri Lanka’s war on terror” and his government will not hesitate to seek Islamabad’s help to “trace the terrorists and eliminate them.”

After the horrifying Easter Sunday bombings that claimed the lives of 53 people, of which 45 were children, and hundreds were severely injured, Sri Lanka’s Prime Minister, in an exclusive interview with Hindustan Times, reaffirmed Pakistan’s support and rubbished New Delhi’s veiled attempts to associated Pakistan with the barbaric massacre. He stressed, “I see this tragic event as further strengthening the trust that exists between our countries and increasing cooperation.”

In response to a question on Pakistan’s involvement with regards to the training of the terrorists, the Prime Minister maintained, “While we are investigating the possibility of foreign links, there is no evidence yet to suggest any particular country has backed these terrorists. All the countries in our region are faced with the same threats.”

Prime Minister Wickremesinghe explained that while the Muslim community remained oppressed from the period 2012 to 2014, the year 2015 witnessed “marked improvement”. He is quoted to have said, “Anti-Muslim sentiment was not allowed to raise its head. There was only one unfortunate incident in Kandy, which was brought under control. They have been patient in the face of these provocations, and I must commend their political leaders for maintaining inter-religious harmony.”

He maintained that the entire world is gripped by a wave of anti-Muslim sentiment and religious intolerance, and the region is also witnessing the same tensions, hence, the impact can be felt in Sri Lanka as well. He stressed, “We must provide constitutional guarantees to every community to coexist within one Sri Lanka.”

The Islamic State had earlier issued a video to claim responsibility for the attack, showing eight men with veiled faces, proclaiming loyalty to Abu Bakr Al-Baghdadi, their leader. The Sri Lankan government stated that the attack was carried out by nine suicide bombers, of which eight have been identified and one of the attackers was a woman.

The Sri Lankan government has termed the attack as a major blunder in sharing and acting upon intelligence. Hemasiri Fernando, Sri Lanka’s Defence Secretary tendered away his resignation, accepting his failings in preventing the horrifying Easter Sunday attacks, however, he maintained that the security personnel were receiving intelligence from India and acting upon the threats of such an attack. Despite taking responsibility for the failures, he insisted that his institution had undertaken all relevant prevention measures.

However, Lakshman Kiriella, leader of the Sri Lankan parliament accused senior officials of “deliberately withholding the intelligence” about imminent attacks. Sri Lankan authorities are investigating the foreign-funded domestic militant groups, Jammiyathul Millathu Ibrahim and National Tawheed Jama’ut, who are being held responsible for these attacks.

A picture has been circulating of nine seemingly well-read and rich individuals, who are being termed as Sri Lanka’s domestic terrorists, of which two brothers were sons of a wealthy spice tycoon. Later, the Sri Lankan police released snapshots identifying seven people that they are hunting down, and requested the public to aid the authorities in finding them. The photographs were circulated on a Wanted notice, revealing young men with beards, three women wearing headscarves and one man with a Muslim cap.

Earlier this week, Prime Minister Imran Khan had a telephonic conversation with Sri Lankan Prime Minister Ranil Wickremesinghe to condemn the Easter Sunday attacks and offered his condolences to the families of those killed and injured in the horrifying bombings.

PM Khan assured his Sri Lankan counterpart that Pakistan’s leadership and people are standing with their Sri Lankan brothers in this difficult time, and are deeply saddened by this horrific crime against humanity. Radio Pakistan reported that Pakistanis, being the worst sufferers of terrorism, can truly feel the pain of their Sri Lankan brethren. He reinstated Pakistan’s condemnation of terrorism, and affirmed that Pakistan will “continue to provide every possible support for elimination of this menace.”

Referring to New Delhi’s malignant efforts of “sensationalizing” this horrifying tragedy and associating it with Pakistan, Dr. Faisal commented, “It is regrettable that in this time of grief, a section of the Indian media continues to sensationalize this tragedy by irresponsibly attempting to link detention of some Pakistanis in Sri Lanka with the recent events there. We completely reject these baseless allegations.”

Dr. Faisal reiterated Sri Lankan Prime Minister’s call of refraining from propaganda and a mischievous news spinning. He also identified that three Pakistani women, Atika Atif, Muzna Humayun, and Maheen Hassan had been injured in the bombings, and were visited by the officials of the Pakistani High Commission in Colombo. They have been connected with their families and will be provided with all possible facilitation.