Opposition members of the Standing Committee on Narcotics Control have raised questions on the details put forward by the Anti-Terrorism Force about PMLN’s MNA Rana Sanaullah’s arrest. PML-N parliamentary members are accusing the PTI-led government of framing him. 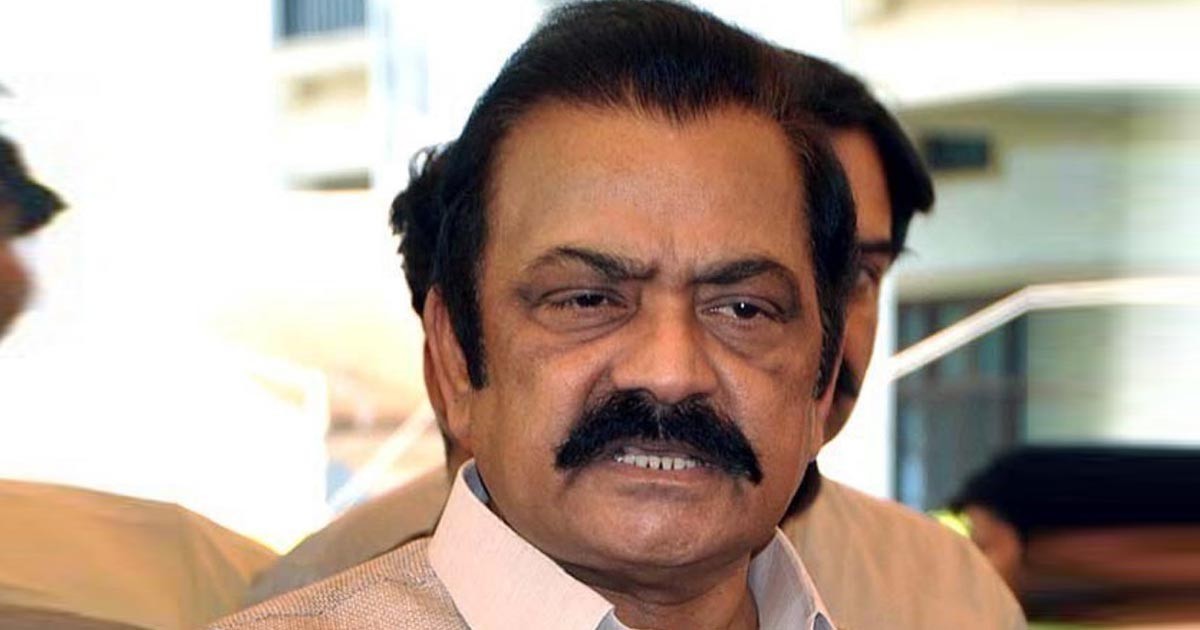 A meeting of the Senate Standing Committee on Narcotics Control was convened on Friday, and senators of the opposition questioned the narrative of PML-N MNA Rana Sanaullah’s arrest with 15 kilograms of heroin worth Rs220 million, put forward by the PTI-led federal government.

PML-N Senator Saleem Zia put forward these doubts at the meeting, saying, “There is an apprehension that drugs can be planted in anyone’s card. The matter is being disposed in a secretive manner. We want to be made aware of the accurate details of Rana Sanaullah’s arrest and case.”

The same question was raised by Pakistan People’s Party Senator, Anwar Lal Dean. Questioning a senior official of the Narcotics ministry and the Anti-Narcotics Force (ANF), Anwar Lal Dean demanded, “Why would a former law minister and politician carry such a huge quantity of drugs in his personal car?”

The Director General of the Anti-Narcotics Force, holds the esteemed rank of a Major General, will not spread fallacious information amongst members of parliament.

The members of the parliamentary committee raised allegations that the 15 kilograms of heroin were planted in MNA Sanaullah’s car. Rana Sanaullah was arrested by the Anti-Narcotics Force while travelling on the Faisalabad-Lahore Motorway, on his way to a gathering in Faisalabad.

Following his arrest, the leadership of PML-N has created a hue and cry, accusing the PTI-led government of hatching a conspiracy against the opposition. They stated that MNA Sanaullah has been arrested without filing a case and establishing allegations against him. The opposition is terming his arrest as a heinous example of lawlessness and revenge politics.

Major General Mohammad Arif Malik, the Director General of the Anti-Narcotics Force, urged the parliamentary members of the opposition to refrain from making assumptions.

He said, “The Minister for Narcotics Control, Shaharyar Afridi, gave a detailed briefing on this matter. It is unreasonable to make baseless assumptions that drugs discovered from Rana Sanaullah were planted. Members should present evidence that he was framed, or accept the narrative put forward by the ANF that he was arrested while carrying drugs.”

Major General Malik noted that 95% of the 1200 individuals recently arrested by the Anti-Narcotics force have been convicted by presenting strong evidence to the court. He urged the opposition members to allow the court to proceed with MNA Sanaullah’s case with a legal judgment.

Amjad Javed Saleemi, Secretary of the Ministry of Narcotics Control, stated that it is premature to give a judgment on Mr. Sanaullah’s case at this level. Secretary Saleemi said, “We will provide a detailed report on this incident. There is a wide array of matters that police officers are not allowed to disclose before the press and public before presenting them in a court of law.”

Read more: Sanaullah’s arrest a legal matter, no one is above the law: PM Imran Khan

Saleemi added, “The Director General of the Anti-Narcotics Force, holds the esteemed rank of a Major General, will not spread fallacious information amongst members of parliament.”