Rana Sanaullah, an Opposition leader was apprehended on drug charges but the case was not followed through properly which raised suspicions if this arrest was politically motivated? 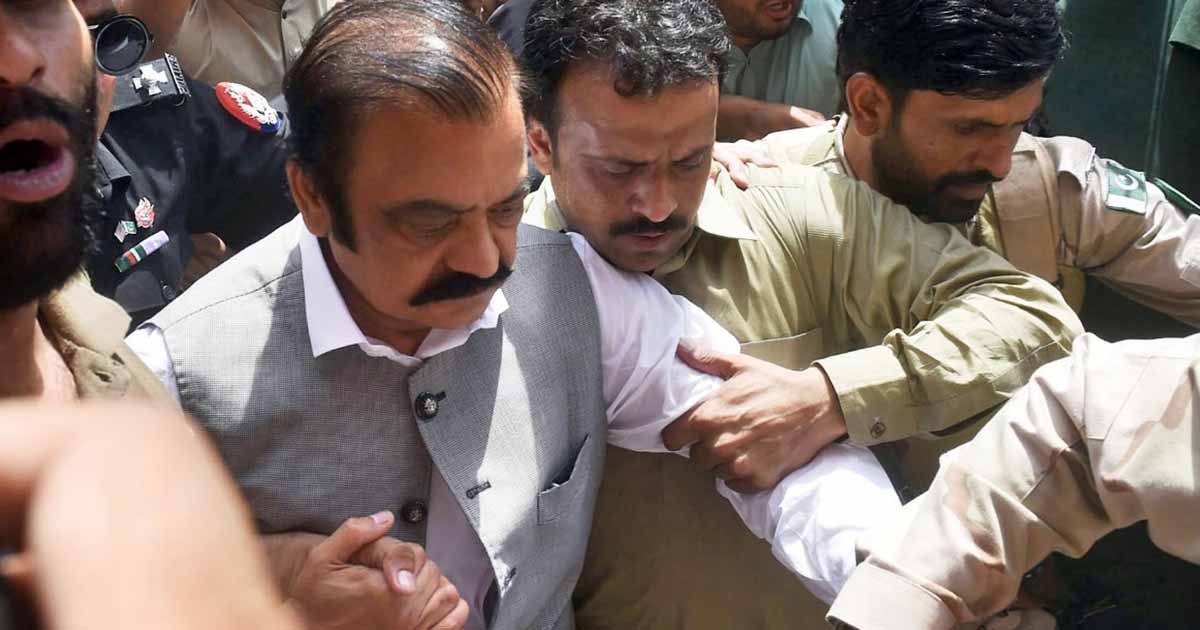 The Anti-Narcotics Force (ANF) has sufficient amount of evidence to furnish it before the court of law to get Rana Sanaullah, President of Pakistan Muslim League-Nawaz’s (PML-N) Punjab wing. Minister for Narcotics Control and SAFRON Shehryar Khan Afridi on Thursday said that the ANF has been tracking Rana Sanaullah for the past three weeks and it has got all the relevant evidence.

“We have all the relevant evidence regarding the arrest of Rana Sanaullah. However, we will furnish the evidence in court. It’s a mafia who can target witnesses and evidence,” said the minister, adding action would also be taken against more influential.

Interestingly, the arrest of the PML-N lawmakers has polarized the media and civil society. There is one section which believes that there is going to be no reliable evidence in this case since the overall case is politically motivated. This group of journalists, generally accused of being Nawaz’s sympathizers, further argues that the case is political victimization due to Rana Sana’s vocal political views against the establishment and the ruling party.

#ANF is disciplined & non-partisan force which arrested Rana Sanaullah Sb today. The matter is in court now & law would take its course. Both sides will hv equal right in court. This is #NayaPakistan vision of PM @ImranKhanPTI where nobody is above law & everyone is accountable.— Shehryar Afridi (@ShehryarAfridi1) July 1, 2019

However, a major chunk of media and civil society believes that the case has been filed on some valid grounds since there have been ‘rumors suggesting the involvement of PML-N’s lawmaker’s in drug-related matters. Independent journalists and experts believe that the law should take its own course and the court must decide as to what the truth is. It is also believed that the ANF is a non-political force that has worked rigorously to cope with the challenge of drug mafia.

The ANF could have arrested Rana Sanaullah thrice, but he was spared as his family members were present in the car.

Briefing the media, Gen Malik said the ANF was a professional force. He claimed the ANF seized drugs more than any other force across the world. “Drugs worth $4bn were brunt this year. Pakistan enjoys poppy-free status since 2001, despite the fact that Pakistan neighbors Afghanistan– a center of poppy cultivation,” he said. He said that ANF’s professionalism could be gauged by the fact that its conviction rate is 95 percent which speaks volumes about its success.

Mr, Afridi further explained that how Sanaullah had been arrested. “Based on the leads provided by the suspect, the ANF was able to track Rana Sanaullah who was later followed for three weeks and all the relevant data was acquired. The ANF could have arrested Rana Sanaullah thrice, but he was spared as his family members were present in the car,” the minister disclosed.

He further slammed the opposition parties for their usual tilt towards corrupt and looters. The minister maintained that the nation should be told that they all are the same page to protect one another. “Today we need to tell the nation that the ‘union of thieves’ [opposition parties] is out to help save drug barons. Why the opposition did not raise their voice over those 1200 Pakistanis arrested by ANF in drug charges this year. Were they not Pakistanis? Why they raised voice only for Rana Sanaullah. We won’t let this VIP culture thrive anymore,” he said.

Furthermore, some journalists raised questioned that why did the ANF not take physical remand of the lawmakers?

For many political commentators, it is not shocking to see the way joint opposition is responding to the ‘arrests of those allegedly involved in money laundering, corruption, misuse of authority and smuggling. It is now a new trend to call every case against the powerful as political victimization. But for independent observes, such a trend of accountability and way towards equality before the law is a ray of hope to strengthen democracy in the country.

Afghan intelligence hosted PTM Leaders; But who arranged the meeting?