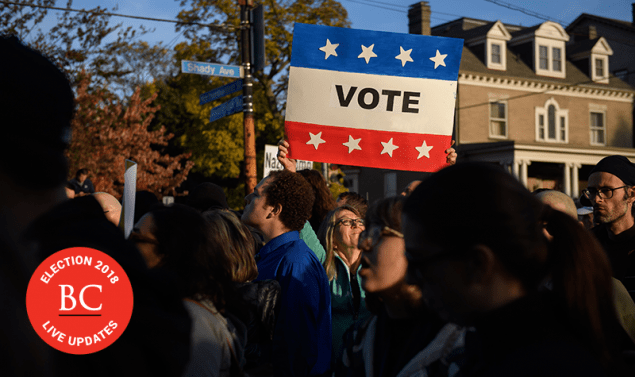 “Those who cast votes, change nothing; those who count, change everything.” – Stalin

How can protection of the vote be ensured? If the fate of the nation is decided by the people who count, then it is an exercise in futility. Voters stand in long queues to cast their ballots and then wait for the results. The angels intervene to manipulate the count resulting in disappointment. For so-called positive results, human limitations are exposed. The losing candidates then file petitions with election tribunals, which are never decided. In case there is a negative outcome for the winners they get stays from the superior judiciary.

After the fall of the first dictator, Ayub Khan, free and fair elections were held in 1970. Had power been transferred to the genuinely elected political leadership, history would have been different.

It does not end here; voter and witness safety is also an issue. Invariably aerial firing takes place during polling and then after the announcement of results to intimidate the voters. Despite claims and legislation the menace continues. In the last few days, I had the opportunity to hear two Generals, one retired while the other is serving. Pervez Musharraf said that PML-N would win the next elections through manipulation; their control of administrative set-up has to be checked. While I agree with him, I wonder why was he unable to cleanse the system of Sharif’s influence despite being in absolute control of the country for nine years. It shows the extreme incompetence of the khakis in running the civil administration.

General Qamar Javed Bajwa, the current Army Chief, while addressing a seminar titled, ‘Role of Youth in Rejecting Extremism’ said that the khakis cannot do it alone. Every state institution has to play its role. It was music to my ears as the military has finally realized their limitations and is willing to confine themselves to the barracks and the borders. Considering their overwhelming influence and encroachment in every facet of civilian institutions, this withdrawal has to be carefully planned. They cannot leave the masses at the mercy of their created wolves that pretend to be lions.

After the fall of the first dictator, Ayub Khan, free and fair elections were held in 1970. Had power been transferred to the genuinely elected political leadership, history would have been different. In 1977, again, transition through the ballot did not take place, instead of that a new concept of ‘positive results’ was introduced and elections postponed. Since then there have been ten bogus electoral exercises with 2013 being the latest. Electoral reforms are blocked as they do not suit the power brokers.

No state can survive without functional institutions, khakis cannot do it alone. Massive institutional rebuilding is required to return to normalcy.

This farce is the worst form of democracy as voters are blamed for making poor choices while they have very limited say in the entire electoral process. Traitors like Sisis and Mubariks get elected and then use the state apparatus for personal gains and anti-people activities while the popularly elected leaders are jailed or even hanged as in the case of Zulfiqar Ali Bhutto.

Read more: What we need to do to ensure ‘free and fair’ elections in Pakistan?

For the sake of democracy

For democracy to take root, the sanctity of the ballot has to be restored. No state can survive without functional institutions, khakis cannot do it alone. Massive institutional rebuilding is required to return to normalcy. The appointments of IGs in Punjab and Sindh have become problematic. The Lahore High Court has directed the Chief Minister Punjab to appoint a permanent IG within thirty days while the Sindh High Court has stayed the removal of the sitting IG.

After the lawyers’ movement, a lot of hopes were pinned on the judiciary. Justice Nasir-ul-Mulk Commission has highlighted several irregularities in the 2013 elections. Not one of them has been removed, nor the perpetrators punished.

Police in Punjab and Sindh have become a private force of the parties in power as such they have to be kept away from voting centers for the will of the people to prevail.

Pakistan was created by the power of the ballot and only it can sustain it. The importance of the vote was rubbed in by our parents who participated in the freedom movement. Despite setbacks and disappointments, I have voted in every election after 1977. During my stay abroad, my father made sure that my name was included in the voters’ list and then instructed me to vote which I regularly did. For the first time, voters in 2013 came on the streets as their mandate was swindled. The protest at Lalik Chowk in DHA Lahore on the eve of election day was spontaneous but it fizzled out as the political leadership did not fully participate. PTI was in disarray. Kaptaan was hospitalized, and despite his ailment, only Comrade Ahsan Rashid, President of Punjab, and Hamid Khan, the candidate, fully supported the protest. The dharna in August 2014 was too little and too late and ended with no returns, not even electoral reforms. Kaptaan returned empty handed with his team of political novices.

I fully support the return of the Khakis to the barracks. Being the only functional state institution they have a major role to play for a credible ballot. The political wolves that they introduced and nourished have to be eliminated politically through free and fair elections. Passing the buck around will not work. Vote, voters, and witnesses all need protection. Police in Punjab and Sindh have become a private force of the parties in power as such they have to be kept away from voting centers for the will of the people to prevail.

Read more: 2018 Elections will be pointless: without “major electoral reforms”

General Qamar Javed Bajwa should take his troops back to the barracks only after ensuring another credible ballot.

General Yahya Khan delivered a credible ballot while both Zia and Musharraf built manipulative mechanisms to promote the anti-people political leadership of their choice. Asif Ali Zardari has announced his plans to protect his voters while only Kaptaan is struggling for electoral reforms. PML-N is sitting comfortably. The Election Commission of Pakistan (ECP) remains toothless. Another bogus electoral exercise like the ten before will only increase voter frustration and fatigue, which will lead to a very low turnout, making the entire process irrelevant.

‘Votes kee hifazat’ has to be ensured for which the ballot box has to be protected by clean, neutral hands which only Khakis can ensure before they return to the barracks where they rightfully belong. Mustafa Kamal Attaturk, the last victorious Muslim General, said at Gallipoli in 1905, “I am a dictator so that Turkey may never need another after me”; so he created a modern republic. We too need such selfless khaki benevolence, which has been missing for the last seventy years. General Qamar Javed Bajwa should take his troops back to the barracks only after ensuring another credible ballot.

How easy is it to make it big in Bollywood

How is Indian culture an impediment to justice for victims of sexual harassment?