Indian Air Chief warned the Indian authorities that 36 or any number of Rafale jets are not going to be enough to maintain a technological edge over Pakistan Air Force as Pakistan's JF-17 Thunder poses a grave threat to anything India currently has in its arsenal. 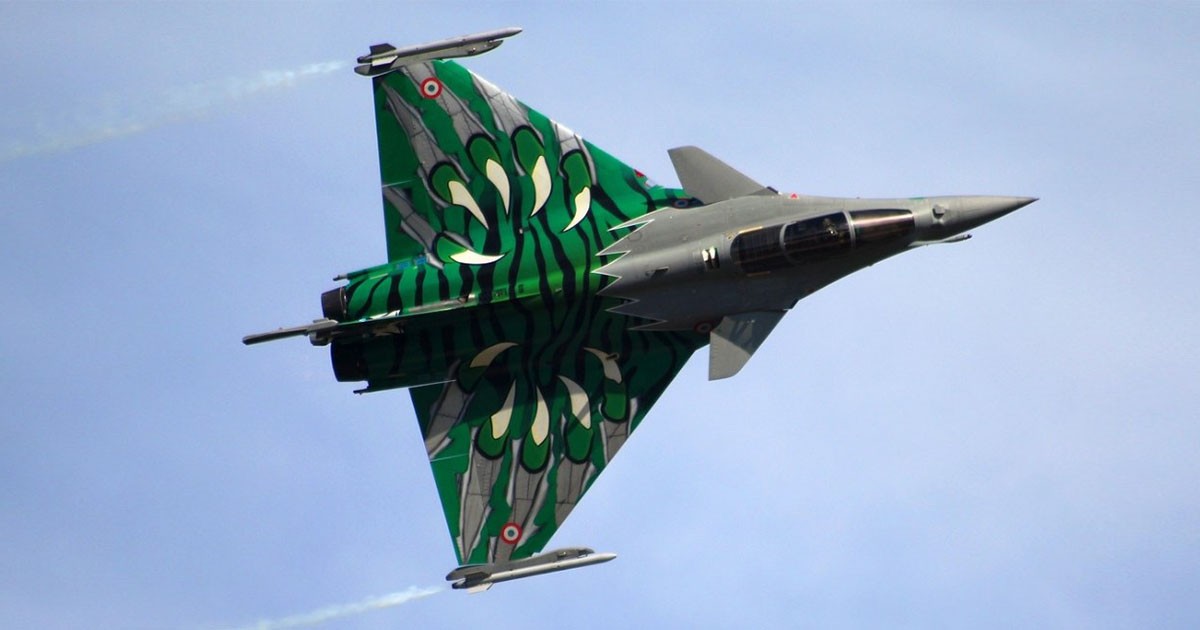 Indian Air Force chief Rakesh Kumar Bhadauria has issued a strong warning to the political leaders of India, as $7.8billion Rafale jet is insufficient to meet the country’s defence requirements. India previously signed a $7.8billion contract with French Dassault Aviation to buy the aircraft in 2019.

However, Indian Air Force (IAF) veteran, Vijainder Thakur, believes it is the best aircraft in the forces’ inventory now. He said: “The IAF allowed itself to be outgunned by focusing on platform acquisitions, rather than weapon system and sensor upgrades. The technical advantage gained by the IAF through the acquisition of the Rafale would be transient because it would be based largely on the weapon systems and sensors of the Rafale.

The 36 #Rafale fighter aircraft will not provide the #IndianAirForce a complete solution and there is a need to develop indigenous weapons and technology which will be a major “gamechanger” in the future, #IAF Chief Air Chief Marshal RKS Bhadauria said https://t.co/x5TxUBN1bL— ET Defence (@ETDefence) February 28, 2020

“With sufficient military foresight, the IAF could have armed its Su-30MKI with longer range air-to-air missiles acquired from Russia rather than continuing to rely on the lesser ranged missile ordered years ago from Ukraine.

“The IAF fulfilled the expectations only after it made an emergency purchase of Laser-Guided Bombs and targeting pods.”

However, a determined nemesis like the Pakistan Air Force could deploy longer-ranged Chinese PL-15 missiles on an updated version of the JF-17 jet.

The Pakistan Air Force’s single-engine multirole fighter, the JF-17 manufactured by the Chengdu Aircraft Corporation, is due for a major upgrade.

The Chinese newspaper, Global Times, reported earlier this year that the upgraded JF-17 fighter jet will have “an infrared search and track system and a radar cross-section reducing ‘pseudo-stealthy’ airframe”.

The Indian Air Force’s focus on platforms rather than sensors and weapon systems was evident during the Kargil conflict with Pakistan two decades ago.

Speaking at a seminar organised by the Centre for Air Power Studies, Bhadauria said the 36 Rafale jets India is set to receive will “alone not provide us solution for the IAF’s need”.https://t.co/WuzJKyMHHX— The Indian Express (@IndianExpress) February 28, 2020

The JF-17 fighter jet has also been equipped with a PL-15 Beyond Visual Range air-to-air missile that has posed serious concern among the US air force.

The former head of the US Air Force, Herbert Carlisle, believes that the missiles’ long-range is an ‘exceedingly high priority’.

He said: “The PL-15 and the range of that missile, we’ve got to be able to out-stick that missile.”

Last year, a day after the IAF allegedly struck a target inside Pakistan, the Pakistani Air Force surprised the IAF with its longest-range AMRAAM.

The Indian Air Force ordered a large amount of Russian air-to-air missiles, such as R-27 and R-73’s very shortly after.

Emphasising the importance of air-to-air missiles, the Indian Air Force Chief, Bhadauria, attended a seminar on it in New Delhi on Friday.

He said that when the missile goes on to the SU-30 And MiG-29, that the power of parity and better performance will spread across the air force.

The Indian Air Force will start taking delivery of the Rafale jets in May 2020.

Indian Air Force (IAF) Chief, RKS Bhadauria, has confessed that even the 36 Rafale jets are not enough for them to maintain a technological edge over #pakistanairforce pic.twitter.com/BlF23ZO7AA

Mr Thakur’s comments come one year after Pakistan’s military accused India’s aircraft of crossing into its territory and carrying out an airstrike.

Pakistani villagers were in the area where Indian jets struck and said they heard four loud bangs at approximately 3am on February 26th 2019, according to Reuters.

A senior government source said 300 militants had been killed in the strikes, but no further details were provided.

However, in a conflicting report, Pakistan’s military has said there were no casualties from the air attack.