Only If India Had Rafale on 27 Feb: Rajnath Failing Indian Pilots Epically

Indian Defence Minister Rajnath Singh has been in the news for his provocative threats and aggressive remarks seeking to violate Pakistan’s territorial integrity and sovereignty. Pakistan has rejected these gratuitous statements, urging New Delhi to put an end to its state-sponsored terrorism in Kashmir and Pakistan. 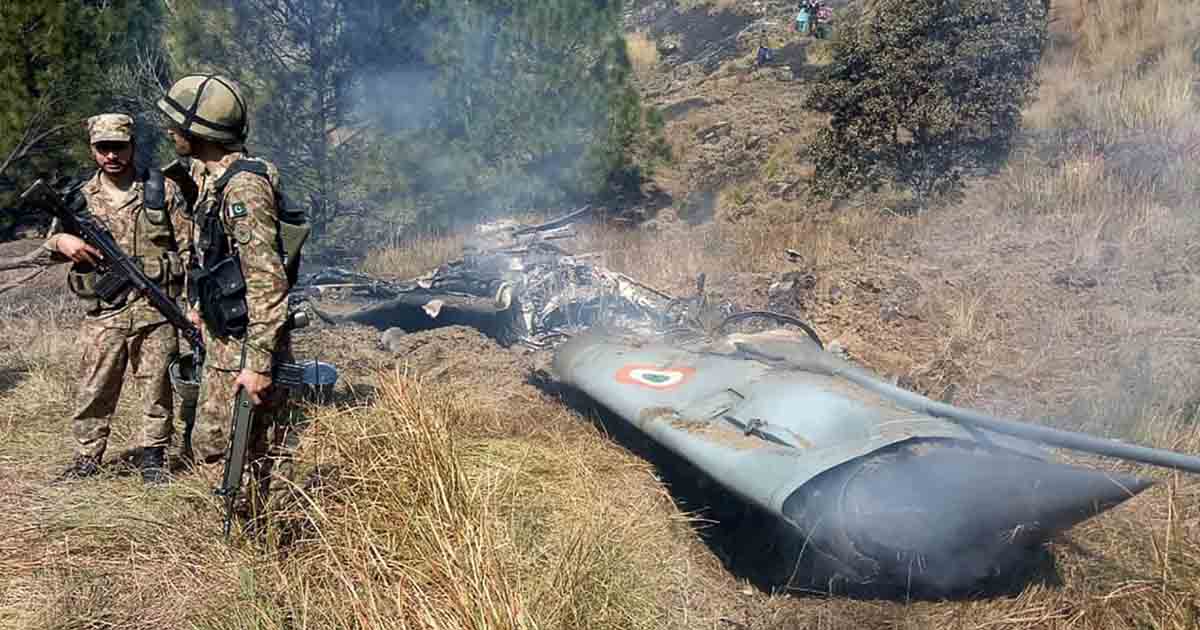 Indian Defence Minister Rajnath Singh, on Monday, said that if India had procured the French-made Rafale fighter jets earlier, the Indian Air Force “would not have needed to enter Balakot in Pakistan to hit terror camps.”

Addressing a BJP rally in Maharashtra’s Thane district, Singh defended the “Shastra Puja” that was performed upon obtaining delivery for the first Rafale jet from France.

Rajnath Singh said, as cited by the Times of India, “Had we possessed Rafale fighter jets we would not have required to enter Balakot and launch a strike. We could have struck at Balakot while sitting in India.”

The Indian Defence Minister maintained that the fighter jets were only meant for “self-defense and not for aggression.” Singh attempted to clarify the mirth-inducing controversy surrounding the “Shastra Puja” of the Rafale jet that was paraded across social media.

He said, “I wrote ‘Om’ on the plane, broke a coconut. Om depicts never-ending Universe”.

Defence Minister Rajnath Singh, in Haryana's Karnal: If we had Rafale fighter aircraft with us, then I think we need not have gone to Pakistan for Balakot airstrike. We could have eliminated terror camps there, even while sitting in India. pic.twitter.com/hfRwuyL8UT— ANI (@ANI) October 13, 2019

Earlier on Sunday, Indian Minister Rajnath Singh had made provocative statements threatening Pakistan at an election rally in Haryana. The Minister stressed that Pakistan must alter its manner of thinking on the Occupied region of Kashmir, and threatened of dire consequences if the “request” was ignored.

He said, “Today with utter politeness, I want to give suggestion to Pakistan that they must change the way they think and the direction of their thinking, else Pakistan that was divided into two parts earlier, will now be divided into several parts.”

Singh went onto say, “I’d like to suggest Pakistan to work honestly, eliminate terrorism, maintain brotherhood. We’re neighbors, we want to walk together. If you don’t fight terrorism honestly, I clearly state that India has the ability to fight fundamentalist forces.”

In a press release issued by the Ministry of Foreign Affairs, Pakistan has condemned the recent statements made by the Indian Defence Minister in Haryana.

The press statement noted, “These provocative statements from a senior Minister in the Indian government provide another insight into the BJP mindset – a mix of extremist ideology, hegemonic ambitions, and obsession with Pakistan.”

Islamabad has deemed Rajnath Singh’s statement a direct attack on its sovereignty. The press release stated in this regard, “It is highly irresponsible of the Indian Defence Minister to be threatening the splitting of a sovereign country.”

Defence Min Rajnath Singh in Haryana's Pataudi: Today with utter politeness, I want to give suggestion to Pakistan that they must change the way they think & the direction of their thinking, else Pak that was divided into two parts earlier, will now be divided into several parts. pic.twitter.com/BgZLznY8Ju— ANI (@ANI) October 13, 2019

“We are sure that the world community would take cognizance. For his part, Mr. Rajnath Singh should have no doubt that the security forces and people of Pakistan remain ready to resolutely defend the country against any evil design.”

Pakistan has rejected Singh’s “gratuitous comments” on aiding in counter-terrorism efforts. MoFA stated, “India would help itself by ceasing forthwith the state-terrorism it has been perpetrating for decades against the Kashmiri people in Occupied Jammu and Kashmir. India must also cease its sponsorship of terrorism against Pakistan.”

“As we have stressed before, the BJP should contest elections on the basis of its own performance, rather than dragging Pakistan into the domestic political foray for electoral gains.”