37 charged in 22 months: a timeline of the Mueller investigation 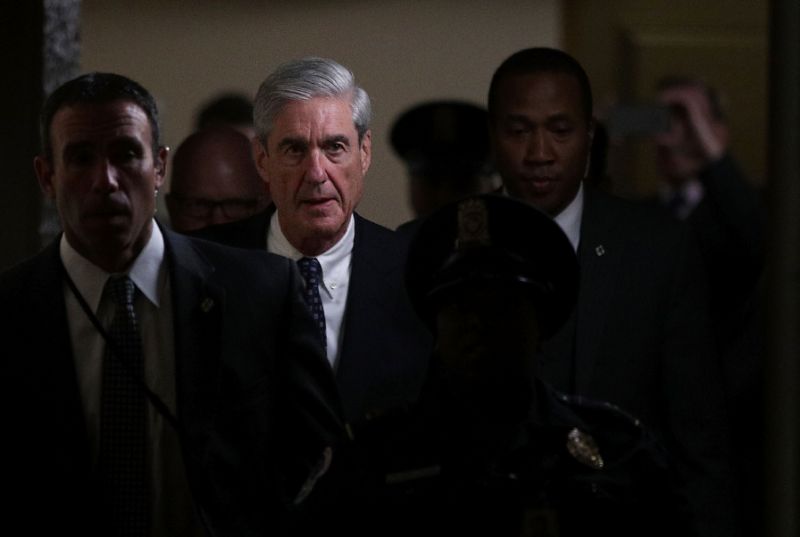 Compared to previous independent prosecutor investigations, Special Counsel Robert Mueller moved with uncommon speed in the probe into Russian meddling in the 2016 election and possible obstruction of justice by President Donald Trump.

Over 22 months he issued charges against 34 individuals, including six Trump associates, and three companies. Here are key dates in the probe:

– May 17: Four months after Trump took office, Mueller, now 74, is named to lead the Russia meddling and collusion investigation. The appointment follows Trump’s firing of FBI director James Comey. Trump was angry that Comey would not reel back the investigation.

Mueller, also a former FBI director, assembles a team of seasoned investigators and is given broad latitude to examine anything that arises in the investigation, prompting Trump to call it a “witch hunt.” Within weeks, the investigation begins examining Trump for possible obstruction of justice.

– October 30: Former Trump campaign chairman Paul Manafort and deputy chairman Rick Gates are indicted on financial charges mostly related to work they did years before for Russia-backed politicians in Ukraine.

Former Trump campaign aide George Papadopoulos is charged with lying to investigators about his dealings with Russians in 2016. Papadopoulos pleads guilty and pledges to cooperate. He eventually receives a sentence of 14 days in prison.

– December 1: Former Trump national security advisor Michael Flynn is charged with lying to investigators over his secret discussions with Russian ambassador Sergei Kislyak after the November 2016 election. He agrees to plead guilty in a deal that requires him to cooperate with investigators.

– February 16: Mueller outlines a Russian “conspiracy” to meddle in the 2016 election, charging Evgeny Prigozhin, a close associate of President Vladimir Putin, and 12 others tied to the Internet Research Agency troll farm over their social media disinformation campaign.

Richard Pinedo, a small-time California internet fraudster with no links to the Trump campaign, pleads guilty to selling false online identities to people from the Internet Research Agency.

February 20: Alex van der Zwaan, a London-based Dutch lawyer, pleads guilty to lying to investigators about his work with Manafort and Gates on behalf of Ukraine. In April, van der Zwaan will be sentenced to 30 days in prison.

– February 23: Gates avoids stiff charges in a plea deal with investigators. He pleads guilty to lying to investigators and conspiring to defraud the government in relation to his Ukraine work, while agreeing to cooperate with the Mueller team.

– April 9, 2018: In a Mueller spinoff case, New York prosecutors raid the residence and offices of Michael Cohen, Trump’s then personal lawyer and fixer. They focus on Cohen’s arranging hush payments to women claiming affairs with Trump, as well as financial wrongdoings. Cohen later implicates Trump in the hush money payments.

– June 8: Mueller expands charges against Manafort in a second case filed in Washington DC, and adds Manafort confidant Konstantin Kilimnik, a Russian with intelligence links, to the indictment. Charges include obstruction of justice and money laundering, but nothing tied to Russian election meddling.

– July 13: Mueller charges 12 members of the GRU, Russia’s military intelligence agency, with conspiracy to hack the Clinton presidential campaign in 2016.

– August 21: A Virginia jury finds Manafort guilty on eight counts of financial fraud in the first case against him. Weeks later, he pleads guilty to reduced charges in the second case as part of a cooperation deal.

– November 29: Cohen admits to lying to Congress about Trump negotiations in 2016 to build a Trump Tower in Moscow. Two weeks later he is sentenced to three years in prison.

December 4: Flynn gets a recommendation of no jail time after Mueller notes his “substantial assistance” to the investigation.

– January 25: Longtime Republican operative Roger Stone is arrested for lying to investigators about his communications with WikiLeaks in 2016.

– March 7-13: Paul Manafort is sentenced to a total of 90 months in prison in his two cases.

– March 22: Mueller completes his investigation. Neither Trump nor any of his associates are charged with criminal conspiracy in the Russia interference case, and Mueller leaves unanswered the question of whether Trump tried to obstructed the Mueller probe. In a four-page summary of the report, Attorney General Bill Barr says that the evidence does not support obstruction charges.

Trump declares the Mueller report is “a complete and total exoneration.”

– April 18: A redacted version of the Mueller report is made public.

Who controlled RTS, how it collapsed and who benefitted?