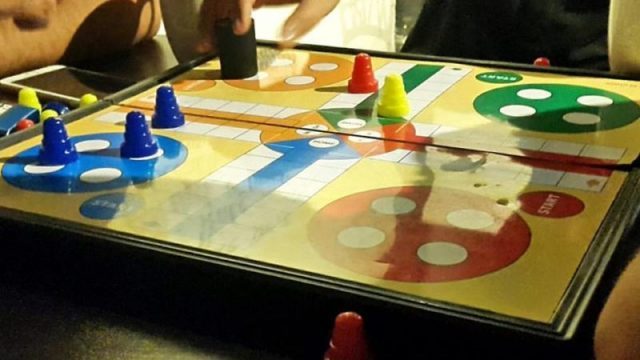 There are two kinds of people: one that takes tea as a drink; other that inhales tea as a lifeline. There is no in-between. And the number of tea-lovers has never diminished over the decades in Pakistan. It is a constant social factor.

Now that we’ve established that Chai isn’t just a cultural object but a basic necessity, GVS will do you a favor and list down the best Chai spots in Islamabad where you can spend the rest of the winter season with your loved one; a cup of Chai!

A trendy little place in F-7 that opened up a little over a year ago, no one would’ve thought it would be all the rage in the city in a few months! You can spot it from afar; large crowd of people waiting in line outside the open sitting space of the little outlet. One sip of the ChikaChino special Chai in a little crystal cup with live music and you’ll understand what the hype is all about!

This is also a massive tea-breeze that hit the city this year. But it isn’t exactly a new franchise; Quetta Tea and Teas with almost every Chai flavor imaginable on its menu has several branches all across Pakistan. The F-10 Markaz branch has made the most massive impact. The wide varieties of parathas to go with the tea are almost as exquisite!

You must’ve heard that selling a concept is easier than selling a product. This new little tea-stall is doing exactly that. Also in F-7 Markaz, outside the Jinnah Super Market, this roadside tea-stall is selling cardamom tea in clay pots! The process is fascinating to watch. If you haven’t tried it yet, we won’t spoil the fun of watching for you!

A relatively lower profile eatery in F-10 Markaz, Karanche is also selling a very concept of Chai. The tea is boiled in kettles on the heated sand and served in clay pots. For people looking to buy their normal headache-curing cup of tea, we would recommend your local Dhaba.  But if you like to adventure around with your essentials, you are advised to go find these boys and ask for the Keranche special.

Read more: A Cup of Tea

Last year, it was the Secret Sky that came on as a seasonal player and diverted Islamabad’s attention. This year, it’s this little place, again, in F-7. The formerly Zefra territory is now full with Tea’O’Clock customers. The cozy little place with great Chai and its twinkling little lights is a treat for the Tea-a-holics.

Did we miss your favorite Chai place? Let us know in the comments below!

You don’t need anxiolytics when you can eat dark chocolate!