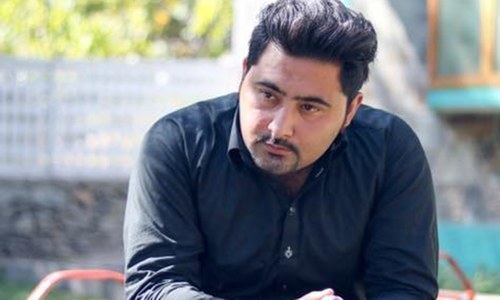 On Thursday, the Mardan Police arrested another suspect in relation to the brutal murder of Mashal Khan, which now brings the official number of suspects arrested in relation to this case to 58. Mashal Khan, a student of Abdul Khan Wali University, was mercilessly murdered by a mob of extremist students for “allegedly” producing blasphemous content online.

However, a 13-member joint investigation team (JIT) concluded that no proof was found that Khan had committed blasphemy demonstrating the abyss of religious extremism in which Pakistan finds itself. In its proceedings, the JIT also investigated the role the police played in the incident and one of the recommendations in the report was an inquiry to probe the negligence of police officials.

The video about this brutal atrocity circulated shortly after the murder and the mob was seen chanting religious slogans of victory.

This case forces us to question the prevailing system in Pakistan starting from the intolerance present in our religious laws as well as the inability of our law enforcing authorities to keep the law and order situation under control. In the Pakistan Penal Code, the religious laws are laid down as follows: CHAPTER XV OF OFFENCES RELATING TO RELIGION 295. Injuring or defiling place of worship, with intent to insult the religion of any class 295-A.

Deliberate and malicious acts intended to outrage religious feelings of any class by insulting its religion or religious beliefs 295-B. Defiling, etc., of Holy Qur’an 295-C. Use of derogatory remarks, etc., in respect of the Holy Prophet 296. Disturbing religious assembly 297. Trespassing on burial places, etc. 298. Uttering words, etc., with deliberate intent to wound religious feelings 298-A.

In the horrifying and unjust murder of this innocent student, there was a shooter, whose identity the mob members refused to disclose to authorities.

Use of derogatory remarks, etc. in respect of holy personages 298-B.Misuse of epithets, descriptions and titles, etc. reserved for certain holy personages or places 298-C. Person of Quadiani group, etc., calling himself a Muslim or preaching or propagating his faith. The JIT report discovered that Khan had been involved in student politics and was vocal about the rights of students at the university.

Mashal Khan even challenged the appointment of a new vice chancellor (VC) at the university in his attempt to ensure that students would be able to obtain their degrees which cannot take place without the signature of a Vice Chancellor. In the horrifying and unjust murder of this innocent student, there was a shooter, whose identity the mob members refused to disclose to authorities.

Read more: Mashal Khan’s Murder becoming increasingly politicized like those before him

The video about this brutal atrocity circulated shortly after the murder and the mob was seen chanting religious slogans of victory. The members of the mob were told that disclosing the identity of the shooter would also come under “blasphemy”, begging the question of what the true definition of blasphemy is and how many people will be murdered unjustly before we demarcate the exact perimeters under which “blasphemy” is applicable.

Khashoggi crisis highlights why investment in Asia is more productive than in the Middle East – James...

Did Zardari confess to fake accounts on live Tv?