Bored without anything new to do in quarantine? We suggest you to start binge-watching these Pakistani classic drama serials to discover a newfound love for our industry and maybe learn a few lessons? 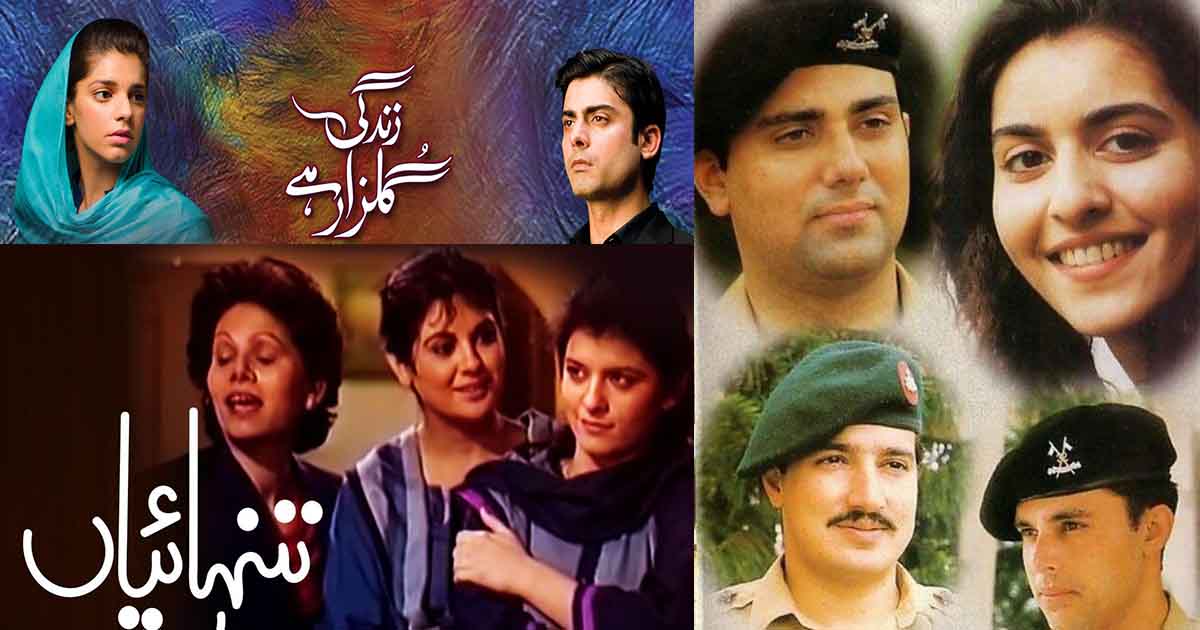 With most of us working from home or just investing time in organizing our homes, it is now more than ever that we need solid entertainment binges to satiate our boredom. If you have exhausted your Netflix list or seen yourself going mad over the newer serious drama serials on television, join the club.

Having said that, one cannot question that Pakistani dramas have gone above and beyond to prove their subtlety. People from all over the world are in love with our content, and for good reason. Our industry has gained its global fandom because of its intriguing storylines and beautiful dialogues. Therefore, quarantine is the perfect time to re-watch your favourites and reminisce.

Check out our picks for long binging nights this week:

Aired almost ten years back, Dastaan is possibly the most heartbreaking shows of all times. This love triangle is set during the partition period of India and Pakistan. Bano and Hassan fall in love but are separated due to the partition. Bano is kidnapped by a man in India whom she believes will take her to Pakistan one day. In their time apart, Hassan gets engaged to Rabia. When Bano returns, she feels disheartened by the state of Pakistan as someone tries to rape her. The show beautifully captures the tragedy of those who suffered massive losses during the partition.

Read more: This is how your favorite celebrities look under corona lockdown

Zara and Maleeha are best friends despite the huge class difference between them. When Maleeha’s brother Junaid returns to Pakistan, he shows interest in marrying Zara. Maleeha gets extremely uncomfortable with this arrangement as she feels her best friend has manipulated her all these years just so she could enjoy their luxurious lifestyle. Daam is a tale of friendship which reflects that the selfish decisions we make can impact many lives and the damage, is irreparable.

Zindagi Gulzar Hai was aired in 2012 and starred Fawad Khan, Sanam Saeed, Ayesha Omar, Samina Peerzada and many others. It tells the story of a strong girl who is raised by a single mother.

My mum has started watching 'Zindagi Gulzar hai' and she loving it.
🥰 https://t.co/zEx5PBddWa

Kashaf is a diligent student but has a very cynical view of life. Her father remarried when she was young and so she doesn’t want to depend on a man for anything. Then comes Zaroon, who hails from an affluent family but his orthodox nature gets the better of him sometimes. The two meet in university and are at loggerheads throughout. However, years later, they cross paths again and their relationship begins from there. The drama portrays the finer intricacies of relationships in a realistic manner.

Considered a cult classic, it is the story of two sisters, Zara and Sanya, who have lost their parents and their family home. After their parents die, they have to move to cities and live with their aunt as all their friends abandon them. They lose their house because their father was in colossal debt.

While Sanya tries to adjust to their new life, Zara becomes obsessed with the idea to re-buy their house. In the story unfolds, Zara and Sanya learn how they can turn a house into a home and the true meaning of relationships.

Anyone who loved Ehd-e-Wafa should leave everything is stream Alpha Bravo Charlie this very moment. The classic Alpha Bravo Charlie is an evergreen drama. Exploring the lives of three friends: Faraz, Kashif and Gulsher, the show showed us a different take on the life of army men.

This coming-of-age story shows how the friendship of the trio is tested as they part ways to separate assignments in Bosnia, Siachen, and Lahore. This masterpiece by Shoaib Mansoor ran on PTV from May till July 1998, yet still lives in the hearts of many Pakistanis.

I love this Drama. I watched it when i was a child.Watching again and it still as interesting at that time👌

‘Aangan Tehra’ aired on PTV in the late 1980s. This satirical Pakistani drama is based on stories regarding multiple issues of society. The show starred some of Pakistan’s best; Bushra Ansari, Shakeel, Arshad Mehmood and Salim Nasir. The story is set in a typical muhalla and follows the stories of Mehboob Ahmed, his wife Jahan Ara Begum and their kaam wala Akbar. Written by Anwar Maqsood, it showed clever indirect criticism of the Martial Law, the military regime in Pakistan and the electoral system.