In other news, Samina Ahmed and Manzar Sehbai got hitched last week and surprised Pakistan. Amidst the current coronavirus lockdown, the wedding unquestionably appeared to be a secret and intimate affair with neither of the actors or fellow industry insiders announcing it publicly. 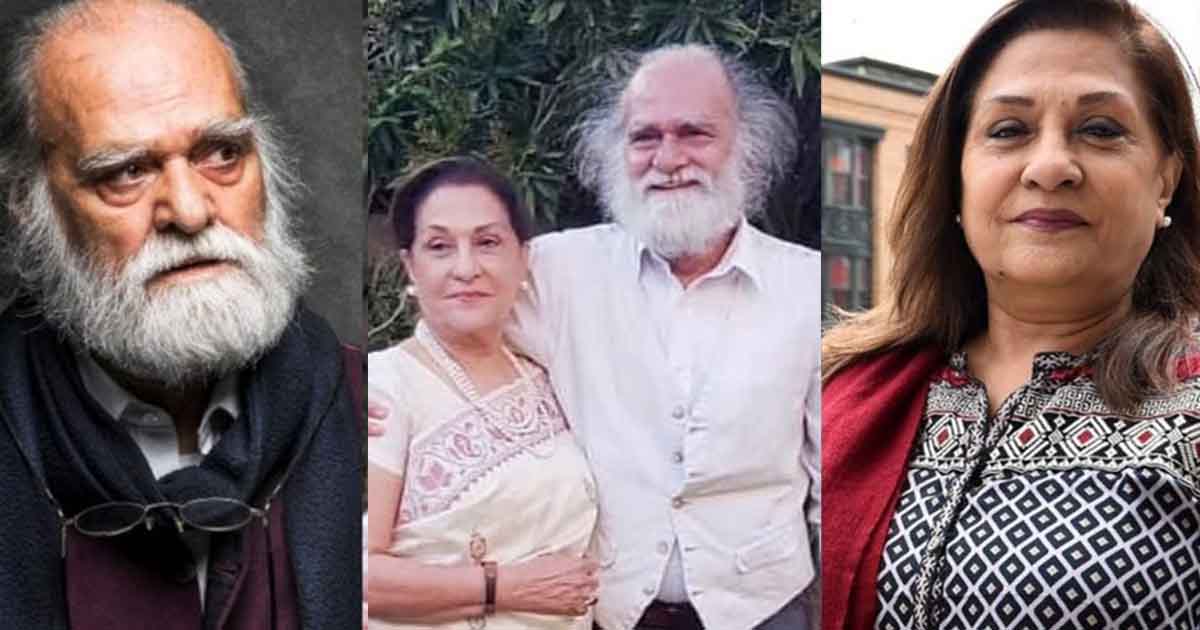 The critically acclaimed actors took their fans by surprise as their picture surfaced on the internet last night. Their wedding was a seemingly a low-key affair, with no signs of other pictures of the couple or any festivities found online. In fact, both the celebrities are yet to release an official statement confirming their nuptials. However, several people, including their close friends are leaving congratulatory messages for the new couple on their Facebook profiles.

At 70 years of age, both Samina and Manzar, looked full of life and joy on their big day. The viral picture showed the bride exuding elegance in an off-white saree paired with graceful pearl jewelry. Whereas, the Alif actor looked extra handsome with his priceless smile as he hugged his new wife, wearing a white shirt with a matching vest.

The couple have enticed a new wave of hope in the Pakistani crowd. Fans are lauding them for breaking stereotypes and finding love, no matter the circumstances. Many have praised them openly on twitter and other social handles.

One appreciates them for “Shattering taboos of not marrying in old age”. Meanwhile, many fans are using their example to preach that one can restart their lives at any age, specially through marriage. Others continue to reiterate that it is “high time society the understood that a marriage is about companionship and not just producing kids.”

The lives of Samina Ahmed and Manzar Sehbai before their wedding

The former joined the television industry some 50 years back and have since made exemplary contributions. Manzar Sehbai started his acting career from his college life as part of the renowned Dramatic Society of Government College. There, he worked together with Usman Peerzada and Salman Shahid in the Urdu-language play ‘Darkroom’ and was brought to everyone’s attention. Since then, he proceeded to appear in several dramas, including Alif and Toba Tek Singh. He made his big screen debut with Shoaib Mansoor’s Bol, for which he won several awards.

Samina Ahmed started her career at the age of 18, with serious plays on Pakistan Television Corporation (PTV). However she is widely known for comedy plays like Akkar Bakkar, Taal Matol, Alif Noon etc. Ahmed soon gathered plenty fame and became the queen of Pakistan’s comedy serial scene. During her star-studded career, she also worked at Alhamra Arts Council, Lahore as a Program Director for two decades. The comedy expert later launched her own television company, ‘Samina Ahmed Productions’, which produced the widely-popular TV drama, Family Front.

Set an unconventional example and shattering the taboo of the society to get Marry in older age. 💕💕Congratulations for disintegrating #ModernDay relationships trend.
Samina Ahmed and Manzar Sehbai (Dada Jee) tied the knot on 4th April 2020. ❤️#SaminaAhmed #ManzarSehbai pic.twitter.com/aa2kPMnYAA

The Dolly Ki Ayegi Baraat star was originally married to the late Pakistani filmmaker, Fariduddin Ahmed. Sources say that their marriage came to a halt when Fariduddin divorced Samina, a few years before his death in 1993, for the actress Shamim Ara.

Recently, Samina Ahmed appeared on ‘Rewind with Samina Peerzada’. There, Samina Peerzada asked her namesake, the reason behind her decision to remain single after her husband’s death. Ahmed then explained that she never found it fair to change the dynamic of her children’s life so suddenly. They were around 9-10 years old when their father passed away. She said, “Main doosri shadi ker ke settle ho jati magar bachon ke sath zayaadati hoti (I would have remarried and settled down again but it wouldn’t have been fair to my children)”.

Congratulations to the happy couple!

Previous articleRussia starts probe into Nazi massacres: Who was behind this?
Next articleIran’s Corona Virus Crisis: A Clustered Issue

22 September 2021
Previous articleRussia starts probe into Nazi massacres: Who was behind this?
Next articleIran’s Corona Virus Crisis: A Clustered Issue