Former president of Pakistan Asif Ali Zardari was apprehended yesterday by Accountability watchdog of Pakistan after his bail plea got rejected in connection with high profile corruption charges. Zardari, notoriously known as Mr. 10 percent, had openly challenged governments to arrest him. 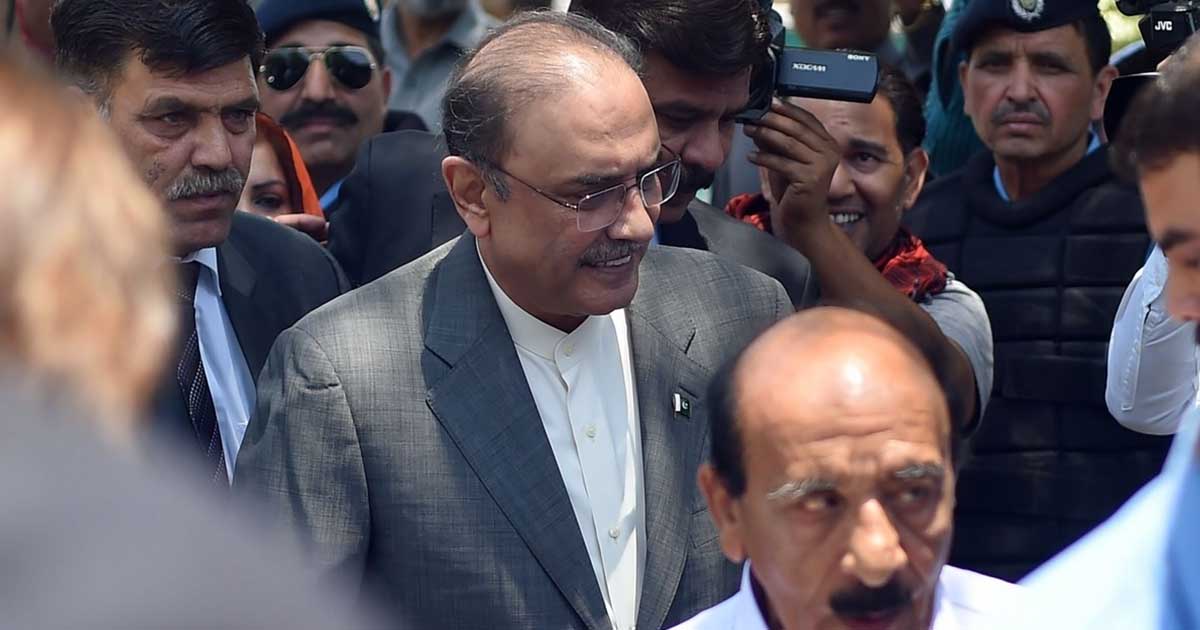 Injustice anywhere is a threat to justice everywhere. Maintaining neutrality in the situations of injustice helps the oppressor and never the oppressed, pampers the tormentor and never the tormented. Pakistan, the land of pure, has paid a huge socio-economic and strategic price for what it went through the past four decades, having been prone to the merciless PPP-PMLN duopoly. Not only did this phase underestimated the intelligence of this country but also left huge financial baggage to carry and cope with in the years to come.

The beauty of this infamous duopoly was that both, PPP & PMLN would work hand in gloves on befooling the masses and eating up their hard-earned tax money, stashing it abroad in their own bank accounts (and sometimes in the accounts of the deceased, the extremely deprived fellows too, who wouldn’t even know that their bank accounts existed in such an enviably high magnitude) – but as soon as the elections approached, there would be verbal WWE Royal Rumble between the two, where both would expose each other till the moment voting began and then either of the two, as per the turn, would stand victorious, followed by rekindled ties. The voters of both (liberals and conservatives) would stay trapped in the misconception that they outdid the rival quarters. Little did they know that it was “them” who had been outdoing “themselves” all these years.

JIT report reveals that 5 Banks were used for opening up 32 Bank Accounts, carrying Rs. 42 Billion. A notable pattern of undue influence was seen to be exercised on Financial institutions .

Years passed by and the cricketer-turned-politician, Imran Khan, who termed the above-mentioned exercise as “Noora Kushti” and fought against it relentlessly with all zeal and zest, promising the masses that he would hold them accountable for this mess, one day, actually ended up being the Prime Minister of Pakistan and got to work.

His supporters were surprised and his naysayers were shocked. The mental shock kept deepening more and more as the accountability noose began to tighten itself around the “oh-so-untouchable” necks.

Within the first ten months of his rule, he empowered the accountability watchdog to the extent that the investigations that were initiated prior to his tenure (read: for public consumption), actually started bearing fruit, leading to unbelievable revelations. Yesterday, ex-President of Pakistan got arrested over corruption charges. Here is a quick summary of how the legend played!

In 2015, FIA noticed some unusual transactional activities in certain bank accounts, therefore, they started tracking them. On December 20, 2016, the then Interior Minister, Chaudhary Nisar took credit for spotting this unusual activity and raised questions over Ayan Ali (you know who) and Bilawal Zardari drawing money from the same bank account but he was “silenced” so that ‘democracy’ wouldn’t get endangered.

• JIT report reveals that 5 Banks were used for opening up 32 Bank Accounts, carrying Rs. 42 Billion. A notable pattern of undue influence was seen to be exercised on Financial institutions and Sindh Government by Chairman PPP, Asif Ali Zardari and his sister – Faryal Talpur

• Not only fake bank accounts were opened but also fake companies, which were supposed to back those fake accounts that either belonged to Falooday wala or Paparr wala or Rickshay wala or the ones who had passed on to the next world. For instance; Mr. Iqbal Arain, a sanitary employee of Omni Group, who passed away on May 9, 2014, but his fake account kept getting managed in his name

This is what they call, “Living up to one’s word”. As a famous dialogue of Bollywood movie goes ‘Aik baar commitment kar lein tou phir apni bhi nahe suntay’.

• Interestingly, these fake companies that were paying for;

* Acquiring of a brand new jet by Omni Group, taking up loan taken from Summit Bank and Sindh Bank in 2012

and guess what, the address for all of these fake companies was the SAME – International Business & Shopping Centre, Saddar, Karachi – OWNED BY ASIF ZARDARI & BILAWAL ZARDARI۔

From the placement of this ill-gotten wealth to its reshuffling, layering and realignment to final integration and consolidation, everything was done flawlessly, apparently, to blur the trail, ending every chance of being caught but when it’s destined to happen, it does happen, no matter how clever the conspirators are.

PPP has announced country-wide protests, which will most probably be organized by the AIDS-stricken, hunger-stricken masses, whose Zakat Funds and Wheat Bags were recently eaten up by the very entity, for whom, they are being expected to protest. The irony is UNMISTAKABLE!

Looking forward to seeing accountability play its due role in true essence. So far, the most interesting sight has been Mr. Shahbaz Sharif ‘DRAGGING’ Mr. Zardari on roads while asking for his production orders to be released. This is what they call, “Living up to one’s word”. As a famous dialogue of Bollywood movie goes ‘Aik baar commitment kar lein tou phir apni bhi nahe suntay’. That’s all on the PPP-PMLN love affair, for now!

Maleeha Hashmey is a corporate trainer, motivational speaker, socio-political enthusiast and human resource development consultant by profession. She has been working with the Ministry of Education, Khyber Pakhtunkhwa, as a Human Resource Development Consultant & Teacher Trainer. Her Twitter handle is @MaleehaHashmey.

“Sri Lanka’s struggle for peace and its lessons for Pakistan and the region”: Ex-President Sri Lanka, Mahinda...