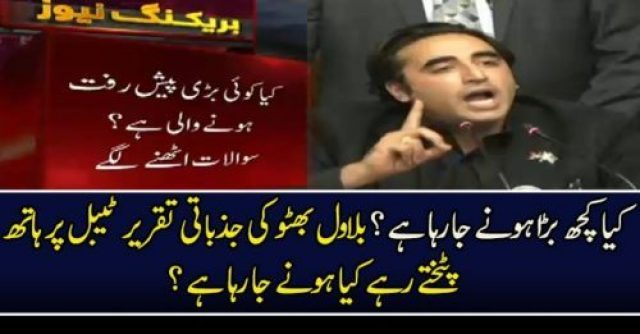 They say, “A wise enemy is a hundred times better than a foolish friend.”

In the wake of Pulwama tragedy, we saw this golden word of wisdom’s practical manifestation in South Asia in the literal sense of the word. 14th and current Indian Prime Minister – Narendra Demodardas Modi and Indian National Security Advisor – Ajit Doval are mutually risking over a BILLION South Asian lives, their own Armed Forces and regional peace, rooting for the Premier’s victory and strengthening Bharatiya Janata Party in the upcoming General Elections in India.

To their dismay, it got BACKFIRED, earning them a great deal of embarrassment globally, getting two Indian fighter jets shot down by Pakistan Air Force at Line Of Control (LOC), in response to violating Pakistan’s airspace. The arrested Indian pilot was returned by Pakistan as a goodwill gesture, which further weakened Hindutva warmongering mindset, pleasing an overwhelming majority of Indians and Pakistanis. Pakistan has also got its fair share of characters, who remind one of the wisdom of one’s wise enemies.

Pakistan has also got its fair share of characters, who remind one of the wisdom of one’s wise enemies.

The most recent instance of this realization sinking in was, when a rising star of Pakistani politics – Bilawal Zardari, made his eloquent speech in the Parliament of Pakistan, positioning his guns at the treasury benches, reiterating Indian narrative, which was strongly endorsed by Indian media the following day. One of the Indian Newspapers quoted, “What our Indian politicians couldn’t say, Pakistan’s Opposition Leader did” and a lot more juicy headlines pinching the segment of Pakistanis who actually care.

Pakistan, amidst all the external and internal challenges, continues striving to peddle through the turbulent waters that it got pushed in over the last two decades. At a time, when the whole world is all ears about Pakistan’s fate regarding FATF and UNSC issues, Bilawal Zardari makes another powerful speech on Wednesday, having a strong potential to destroy Pakistan’s narrative. While many of us argue that mode of communication does not really matter, but the fact of the matter is that if his pattern of switching to English language is observed, it sure does as we realize that it’s always Pakistan’s National Security Issues that are spoken about in English, in a country where a vast majority doesn’t even understand the foreign language.

More than the language, it’s the content that could have had disastrous implications for Pakistan, had luck not sided with Pakistani quarters. Untimely mentioning BANNED outfits and the inability of the government to have acted upon National Action Plan, the credit to which clearly goes to his dad, whose name he finds humiliating to place his name with and his Uncle Nawaz, who has got a history of using religious extremist groups to his political advantage all his life.

Pakistan’s National Security Issues that are spoken about in English, in a country where a vast majority doesn’t even understand the foreign language.

At an hour, when Indian Foreign Secretary – Vijay Keshav Gokhale, sat in Washington, attempting at bringing China under pressure through calls from US Secretary of State – Mike Pompeo, Bilawal Zardari ran his press conference, projecting EXACTLY the kind of picture that India and the United States of America yearned to send across regarding Pakistan, right a few hours before United Nations Security Council Vote.

Not only does it raise suspicion on Baby Bhutto’s intentions for the country, he is desperate to get hold of the power corridors of but also makes one intrigued as to WHO is it that Bilawal Zardari was trying to APPEASE and serve? Connect the dots and see for yourself.

As a patriot, I find it heart-breaking to see Bilawal Zardari spew venom against the State at an hour when India feels no shame in blaming Pakistan for Pulwama (inside job) accompanied by the fact that India is hell-bent on pushing FATF for placing Pakistan on blacklist, and the Finance Minister of Pakistan, Asad Umar, is requesting the Financial Action Task Force (FATF) President to remove India from the position of co-chair for the Pakistan FATF review. The Minister tweeted as follows; “India has blatantly abused its position by lobbying to get Pakistan blacklisted in the last review in Paris. We successfully defended our position Alhamdulillah.”

More than the language, it’s the content that could have had disastrous implications for Pakistan, had luck not sided with Pakistani quarters.

Pakistan will have to demonstrate its compliance on 18 major conditions of the FATF till May 2019 in order to avoid falling into the blacklist. Three out of eighteen conditions were added in FATF’s last plenary meeting held in Paris; “Revising and Updating Pakistan’s National Risk Assessment on terror financing” – being one of them. So, now Pakistan’s performance will be evaluated on total of 18 points in the coming FATF meeting expected to be held in Colombo in June 2019.

The clock is ticking. Every passing day is crucial for Pakistan. Sitting on the fence is not an option anymore. You are either with Pakistan or against Pakistan. The divide is visible more than ever. The whole nation is watching and observing as to who is serving nationalistic interests and who is pleasing Anti-Pakistan Forces, as a cry for help from “The Masters” to save their ill-gotten wealth as the accountability nooze seems to be tightened at a higher velocity in the days to come.

A vast majority of Pakistanis regret to have elected Nawaz Sharif as Prime Minister of Pakistan, thrice, to only learn about him getting anti-state sentiments published in Dawn (a local English Newspaper) – the reference to which Indian Lawyer, Harish Salve, made AGAINST Pakistan in the International Court of Justice.

Following Nawaz Sharif’s footsteps will be Bilawal’s biggest mistake. He can continue playing at the hands of Nawaz-Zardari Pvt. Ltd. company and serve their poisonous individualistic interests or be a man for once, serve nationalistic interests and win our hearts. The choice is entirely his. Pakistan Zindabad!