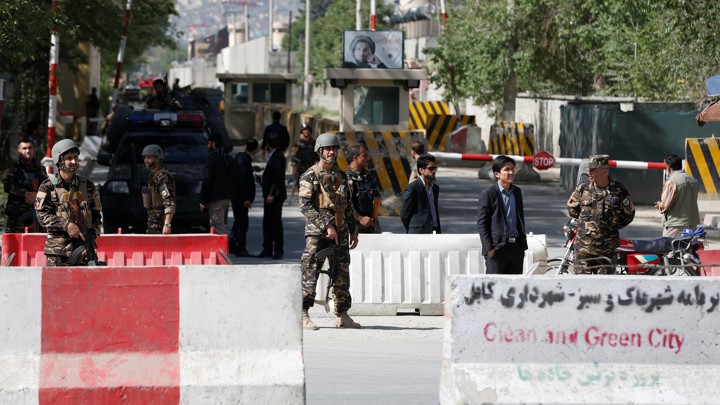 President Donald Trump’s contentious plan to withdraw roughly half of the United States troops stationed in Afghanistan by the end of 2019 has generated a hope about a negotiated settlement to the 17-year-long asymmetrical warfare in Afghanistan. Though many including the US Department of Defense do not approve the immediate withdrawal of the Americans troops from the country, yet without bold decisions restoration of peace in war-torn Afghanistan is inconceivable.

Islamabad, however, has appreciated the withdrawal plan. From the beginning, Pakistan has been advocating the settlement of Afghanistan’s crisis through negotiations. Today, every stakeholder seems supportive to Pakistan’s 2008 peace-vision, i.e. ‘Afghan-led and Afghan-owned peace process.’ It vindicates Pakistan’s long-held view.

On December 24, after meeting with his Afghan counterpart Salahuddin Rabbani and President Ashraf Ghani, Mr. Qureshi claimed that the Afghan peace process was making ‘positive headway.’

The announcement about the American troops’ withdrawal surprised the allies of the United States. It will further expose the powerlessness of Afghan National Forces and also derails their efficacy. The US withdrawal plan will be having a demoralizing impact on the Afghan forces. In reality, they are in no position to defend essential cities, including Kabul.

Nevertheless, the announcement of the withdrawal plan would be having a constructive impact on the ongoing peace process. Islamabad believes that violence begets violence. Therefore the militaristic approach to establish the writ of Kabul has augmented internal turmoil in Afghanistan. Despite the last year increase in the US troops, the Taliban had made significant territorial gains in Afghanistan. Presently, they are controlling more than fifty percent territory of Afghanistan.

Prime Minister Imran Khan’s government is convinced that without the convergence of opinion among the neighboring states and their sincere support the restoration of peace in Afghanistan is unthinkable. Foreign Minister Shah Mehmood Qureshi opined: “Regional connectivity and a collective outlook are essential for progress,” in Afghanistan’s peace process. The regional connectivity also contributes constructively in the economic progress of war-torn Afghanistan.

The Trump Administration’s withdrawal from Iran nuclear deal and reinforcement of sanctions against Iran has agitated the Iranians. Tehran retains a remarkable influence in Afghanistan.

During the last week dialogue, according to the reports, the participants deliberated about the possibility of a ‘six-month ceasefire in Afghanistan and a future withdrawal of foreign troops.’ Both proposals seem reasonable. Are the Afghans are prepared for such an arrangement? Afghan Taliban has been demanding the establishment of the interim government headed by a neutral President. This demand is not acceptable to President Ghani because he has been planning for his re-election during the presidential election scheduled for April 2019.

On December 24, after meeting with his Afghan counterpart Salahuddin Rabbani and President Ashraf Ghani, Mr. Qureshi claimed that the Afghan peace process was making ‘positive headway.’ He sounds optimistic about their support to the current dialogue between the Afghan Taliban and the delegation led by Ambassador Khalilzad. However, it is not clear about their perceptions about the role of Pakistan in the current peace efforts.

The mistrust between Kabul and Islamabad continues, despite the Pakistani high-ups, including Foreign Minister, frequent visit to Kabul. Recently, President Ghani appointed Amrullah Saleh as the head of Interior Ministry and Assadullah Khaled as Defence Minister. Both are known for their anti-Taliban and Pakistan stance.

During their tenure, as the head of the Afghan intelligence agency, the Indians used Afghanistan territory for conducting terrorist activities in Pakistan. The Trump Administration’s withdrawal from Iran nuclear deal and reinforcement of sanctions against Iran has agitated the Iranians. Tehran retains a remarkable influence in Afghanistan.

It has contacts with both the Afghan Taliban and the ruling elite in Kabul. Indeed, it is interested in the complete withdrawal of the US-led NATO troops from Afghanistan. Hence, Iran’s Foreign Minister Javad Zarif welcomed Mr. Qureshi.

On December 26, Foreign Minister Qureshi arrived at Moscow to brief the Russians about the Afghan peace process and also to discuss bilateral relations and regional situation.

Mr. Qureshi along his delegation arrived in Beijing on December 25. He held a meeting with his counterpart Wang Yi and discussed with him “bilateral and regional issues, especially peace in Afghanistan.” The Russians have been actively involved in the restoration of peace in Afghanistan.

Last month, they hosted a meeting involving regional players, the Taliban, and the Afghan High Peace Council. On December 26, Foreign Minister Qureshi arrived at Moscow to brief the Russians about the Afghan peace process and also to discuss bilateral relations and regional situation.

To conclude, the announcement of the phased withdrawal of the US forces from Afghanistan and Pakistan’s proactive role, such as a swift three-day four-nation tour for the restoration of peace in Afghanistan is a right step in the right direction. However, one cannot ignore the spoilers of the peace process and also underestimate the critical role of China, Russia, and Iran in ending the asymmetrical warfare in Afghanistan.

Biden due to talk Iran with Israel’s Bennett, after Afghan bombing delay