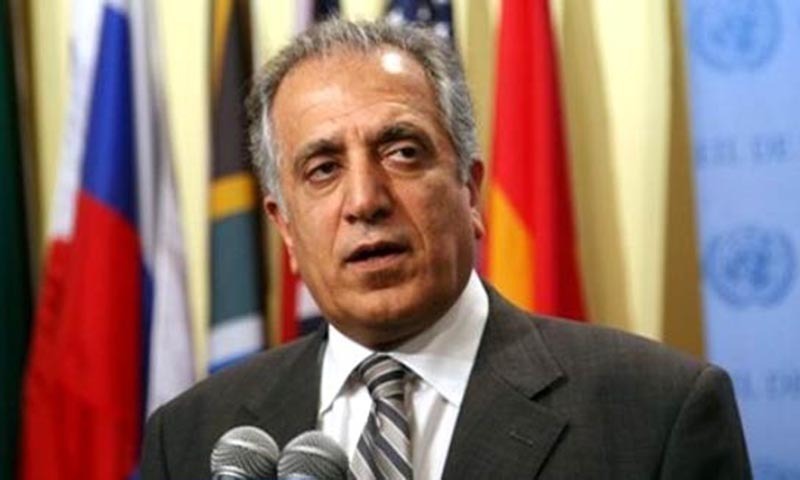 US peace envoy Zalmay Khalilzad raised doubts Thursday about the Taliban’s desire to end the 17-year war, after the militants refused to meet with a Kabul-backed negotiating team.

While he was certain the Afghan government wanted to stop the conflict, Khalilzad told Ariana News that he questioned whether the Taliban were “genuinely seeking peace”.

“We have to wait and see their forthcoming steps,” Khalilzad said according to a translation of the interview provided by the US embassy in Kabul.

Khalilzad repeated his desire for a peace deal before the Afghan presidential election scheduled to be held in April, but added it was up to the “government and the Taliban”.

Khalilzad’s remarks to Afghan media following his latest face-to-face meeting with the Taliban echoed those expressed privately by some Western diplomats in the capital.

Saudi Arabia and Pakistan also attended the talks in Abu Dhabi earlier this week, which the United Arab Emirates hailed as “positive for all parties concerned”. But the Taliban would not meet with a 12-person Afghan delegation, Khalilzad said, describing the decision as “wrong”.

“If the Taliban are really seeking peace, they have to sit with the Afghan government ultimately to reach an agreement on the future political settlement in Afghanistan,” the former US ambassador to Kabul said.

The Taliban have long refused to talk directly to the Afghan government, which the group accuses of being a puppet of the United States. In a message released Tuesday the militants said they had held “preliminary talks” with Khalilzad on Monday.

Saudi Arabia and Pakistan also attended the talks in Abu Dhabi earlier this week, which the United Arab Emirates hailed as “positive for all parties concerned”.

They also said they had held “extensive” meetings with officials from Pakistan, Saudi Arabia and the UAE, repeating demands for international forces to be withdrawn from Afghanistan. Those three countries were the only ones to recognise the Taliban’s 1996-2001 regime.

The meetings are the latest in a flurry of diplomatic efforts as Washington seeks a way out of the Afghan conflict, which began with the 2001 US-led invasion of the country that had harboured Al-Qaeda chief Osama bin Laden, the mastermind of the 9/11 attacks.

While US President Donald Trump wanted to end the war, Khalilzad told Tolo News that Washington’s “main objective” was to ensure Afghanistan did not pose a threat to the United States in the future.

While ruling out a “pre-9/11 situation” in Afghanistan, Khalilzad said he had told the Taliban that “if the menace of terrorism is tackled, the United States is not looking for a permanent military presence” in the country.

Khalilzad repeated his desire for a peace deal before the Afghan presidential election scheduled to be held in April, but added it was up to the “government and the Taliban”.

Kabul jolted yet again; US strategy is still-evolving