A rebuttal: After 100 Days- Dawn’s Editorial 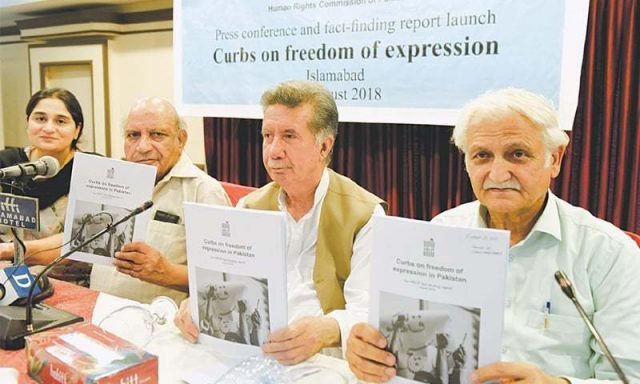 Dawn’s editorial titled “After 100 days” on November 30, 2018, is disguised as a work of journalism yet it is an amalgam of bias and ludicrous arguments. While the editorial admits that it would be challenging for any new government to make substantive achievements in the first 100 days, it still goes on to say that the achievements of the ruling party were “modest at best”.

It further falsely claims that “the continuation of a bruising style of politics has brought the PTI rulers in conflict with the opposition in parliament and has kept the coalition government in a more precarious political position than it ought to be.” That is disingenuous at best.

The ruling party PTI has been in conflict with the opposition not because of the “bruising style of politics” of PTI but rather because there is, one could argue, an unprecedented level of the hostile environment created by PTI’s calls for accountability. And the identity and corruption record of the opposition is no secret.

But the editorial doesn’t end with its spin there. As is the method or the tradition of Dawn’s editorials, regardless of what the topic of the editorial is or even if it heaps praise over some policy or announcement by the PTI, at the end of the piece a subtle critique is almost always snuck in there. For those who may not have been paying attention, such spin could be found in the last paragraph. So, a useful tip for the readers is to start reading the piece from the end.

One such spin in the above-titled editorial argues that there is a contradiction in Imran Khan’s economic philosophy. It asks, “Is economic growth about bringing back allegedly looted wealth stashed abroad, or is it about creating a business- and investment-friendly economic climate?” And then it goes ahead and takes the trouble of answering it for us too.

It says that while it is great to get rid of corruption but the key really is wealth generation. Now, the spin here is this; nobody can disagree with the wealth generation argument. Sure, a country needs to generate wealth to improve its economy. Yes, bringing the looted wealth back wouldn’t solve all the financial needs of Pakistan.

What the editorial doesn’t mention is that corruption eradication and creating an investor-friendly environment go hand in hand. Imran Khan has been very clear from the outset that a business and investment-friendly environment would only be created and more importantly sustainable when outside investors have the confidence that their money wouldn’t be stolen.

This is not true journalism of highlighting the illegal and immoral actions of the government but rather using that cover to further an agenda and a hatred driven the biased narrative. This is spinning, not journalism.

And that investors wouldn’t feel that there is nothing they can do to fight for their rights because it is a corruption infested country where the highest leadership itself is involved in stealing and looting. Especially in Pakistan, corruption eradication and investment can’t be divorced from each other. The two are not mutually exclusive. The absence of corruption eradication guarantees the absence of investment and business-friendly environment.

The editorial piece contradicts itself by saying that tourism in Pakistan is unlikely to take off when the country can be paralyzed by some violent religious extremists. So, when the argument about cleaning the home before tourism can take off in Pakistan works for Dawn to take a gibe at Imran Khan, they go for it.

But when the same argument of cleaning the home before an investor-friendly and business-friendly environment can be created and sustained in Pakistan is forwarded by Imran Khan, Dawn labels his economic philosophy contradictory.

This is the wrong number. This is not true journalism of highlighting the illegal and immoral actions of the government but rather using that cover to further an agenda and a hatred driven the biased narrative. This is spinning, not journalism.

Imran Jan is a political analyst, he can be reached at imran.jan@gmail.com. The Views expressed in this article are author’s own and do not necessarily reflect the editorial policy of Global Village Space.

Previous articleEvents that marked 2018
Next articleJared Kushner: The quiet man at the White House table

16 September 2021
Previous articleEvents that marked 2018
Next articleJared Kushner: The quiet man at the White House table