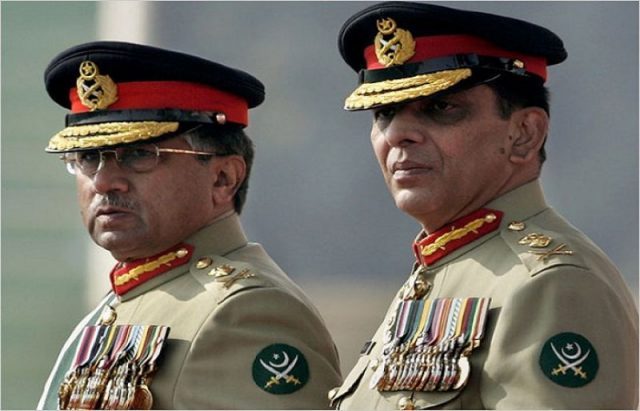 Syed Haider Raza Mehdi |
A few hours ago I received a call from Gen. Ashfaq Pervez Kayani, former Army Chief with reference to my earlier piece about him being perhaps the only person who knew the mystery of the Osama Bin Ladin US operation.
Read more: What’s the real story on Osama?

Gen. Kayani wanted to set the record straight since “You had said that only Gen. Kayani knows the truth….”

“……the truth is that we didn’t know about Osama Bin Ladin’s presence and there is absolutely no question of any collusion or cooperation with the US. And I’m telling you this as the absolute truth….”

“…..in fact all they had to do was tell us, and we would have mopped it up in a couple of hours without all these helicopters etc…_

_”……I have taken full responsibility for our lapse. However, and I’ve never stated this earlier because it was for me to take the blame, but Air Defence is not under the Army. Nevertheless, I told the Air Chief to keep quiet, not say anything and let me take the full blame…..”_

_”……My visit to the US Aircraft Carrier took place in 2008, three years before the Osama affair.  It is very surprising how people completely misrepresent and distort obvious facts to prove their points…..”_

I thanked Gen. Kayani for reaching out and sharing these insights and promised to publish them, verbatim.

I did suggest to him to come out and speak in public and on the media to clear his position.

He seems to be taking a lot of bullets on his chest and keeping quiet.

My personal view is that Gen. Kayani owes it to himself and his legacy and name, his family, the Institution and the Country to publicly set the record straight on the many issues bedeviling his person.

Things like his role in Gen. Musharraf’s ouster; His own extension; The Osama episode; His brothers business affairs; Involvement in the 2013 elections etc.

For the record, I must state, despite my reservations on other issues, that as an Army Chief, Gen. Kayani did more for the Army as an institution and for troops welfare than any other Chief to date.

He is also to be credited for clearing 6 of the 7 FATA agencies against the TTP.

The period from 2009 to 2014, under his watch, saw the most vicious and brutal fighting with nearly 3500 military casualties which broke the back of the TTP.

Why he didn’t continue and launch the North Waziristan ops which were subsequently launched by Gen. Raheel as Zarb e Azb, which suffered about 500 military casualties is also something only he and some others can answer.

I think it’s time for Gen. Kayani to come out from the cold!

P.S. On the Osama Mystery

There’s much more as well. Especially the article written by Asif Zardari and published on May 2nd in the Washington Post, few hours after the operation in Abbottabad which took place at 1 am on May 2, 2011.

The question is. How was our “brilliant” Asif Zardari able to pen an article in a few hours, immediately following the operation and get it published in a mainstream US newspaper, The Washington Post, on the same day?

I think it’s time for Gen. Kayani to come out from the cold!

The answer perhaps lies with him, Rahman Malik and Husain Haqqani.

The last with all his contacts and connections in Washington. And my considered view and opinion is that the article was also penned by Haqqani.

The interim prime minister; no stranger to corruption charges

What is the future of India Sri Lanka relations?