Addressing reports in Geneva, Foreign Minister Shah Mehmood Qureshi warned that the soaring tensions between the two nuclear-armed neighbors could erupt into an accidental war 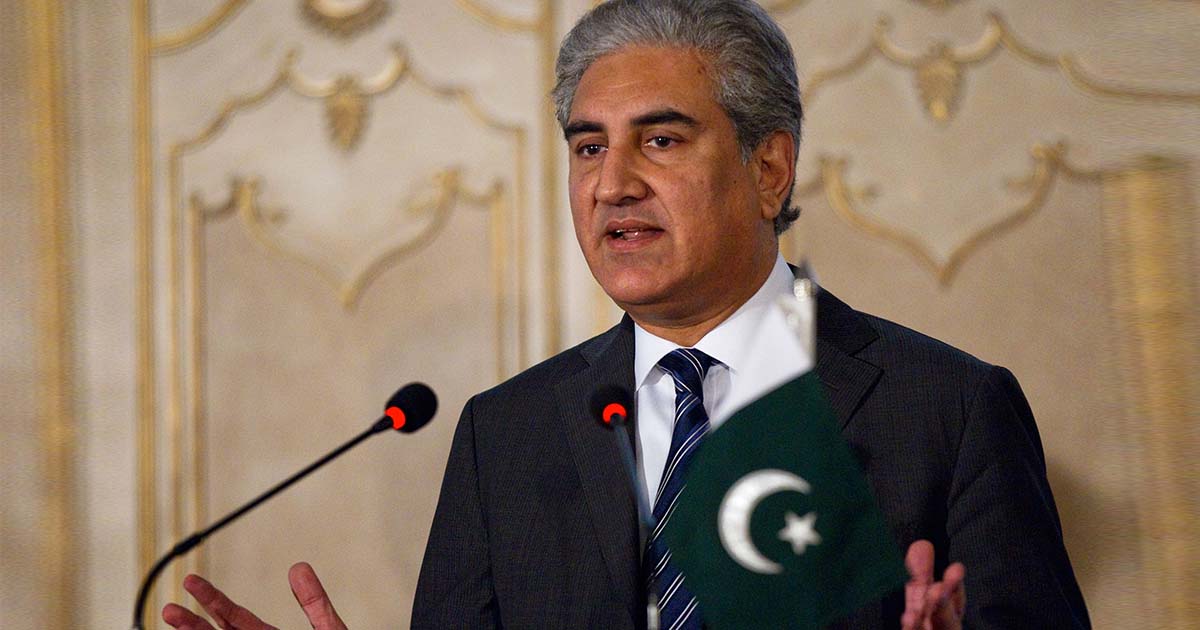 Addressing the media on the sidelines of the session of the UN Human Rights Council on Wednesday, Shah Mehmood Qureshi underscored that both, Pakistan and India are aware of the consequences of escalating tensions and conflicts.

However, Qureshi observed that the rising tensions in the aftermath of New Delhi’s unilateral decision to forcefully annex Jammu and Kashmir has triggered such a situation that “you cannot rule out an accidental war.”

Qureshi observed that if such a situation persists, then “anything is possible.”

Tensions have soared in the wake of the unprecedented security lockdown and communications blackout imposed on occupied Kashmir since 5th August, in a bid to prevent agitation against the Modi administration’s rogue tactics of abolishing the special constitutional status of the disputed territory.

Earlier on Tuesday, Shah Mehmood Qureshi had urged the UN Human Rights Council to initiate an international investigation into the ongoing situation in occupied-Kashmir. Speaking to the reporters, the Foreign Minister said that during his conversation with Miss Bachelet, he had extended her an invitation to visit both Pakistani and Indian sides of Kashmir.

One international civil society organization, based in the US, has already issued a Genocide Alert, proclaiming that the situation in Indian Occupied Jammu & Kashmir has crossed the ten stages of the genocidal process.

He said, “She should visit both sides and report as objectively as she can so that the world knows what the true situation is.” Foreign Minister Shah Mehmood Qureshi said that Ms. Bachelet is “keen to visit” the region.

Qureshi added that the mediation of a third-party mediator or a multilateral forum would need to resolve tensions. He said, “If the US plays a role, that can be important because they have a considerable influence” across the region.

Responding to a question on the possibility of genocide in the Indian-occupied valley, Foreign Minister said, “If you convert a Muslim-majority state into a Muslim minority state through a demographic change in a disputed area, which is forcibly occupied-that is a form of genocide.”

Foreign Minister Shah Mehmood Qureshi addressed the 42nd session of the UN Human Rights Council on Tuesday, urging the international community and UN to dispatch a commission of inquiry to launch an investigation into the human rights violations committed in Indian-occupied Kashmir. Foreign Minister Qureshi noted that if New Delhi has nothing to hide, it must allow uninterrupted access to the UN commission, human rights violations, and international media.

Narrating the sufferings of the people of occupied Kashmir, Qureshi said, “The forlorn, traumatized towns, mountains, plains and valleys of Indian Occupied Jammu & Kashmir reverberate today, with the grim reminders of Rwanda, Srebrenica, the Rohingya, and the pogrom of Gujarat.”

"The UN Human Rights Council…must address the warning signs of a looming catastrophe."

Qureshi added that the “people of Indian Occupied Jammu & Kashmir are apprehending the worst.” Warning that the worst is yet to come, the Foreign Minister apprised the international community of the looming threat of a Muslim genocide being planned in Kashmir.

He said, “Some have said that “Kashmir echoes with the silence of the graveyard”. Others contend that it is a lull before a storm.”

“I shudder to mention the word Genocide here, but I must. With respect to the Genocide Convention, the Kashmiri people in the occupied territory – as a national, ethnic, racial and religious group of people – face grave threats to their lives, way of living and livelihoods; from a murderous, misogynistic, and xenophobic regime.”

Qureshi added, “One international civil society organization, based in the US, has already issued a Genocide Alert, proclaiming that the situation in Indian Occupied Jammu & Kashmir has crossed the ten stages of the genocidal process.”

In its joint statement supported by over 50 different countries, including Turkey, Pakistan has demanded the UN to urge India to put an immediate end to the prolonged curfew and communications blackout and to allow unhindered access to UN commission of inquiry, human rights missions, and international media.

Strategic Stability:President of Pakistan calls for a regional framework