Foreign Minister Shah Mehmood Qureshi warned the international community that the BJP-led government is preparing to deploy RSS goons to carry out a massacre of the Kashmiri Muslims. 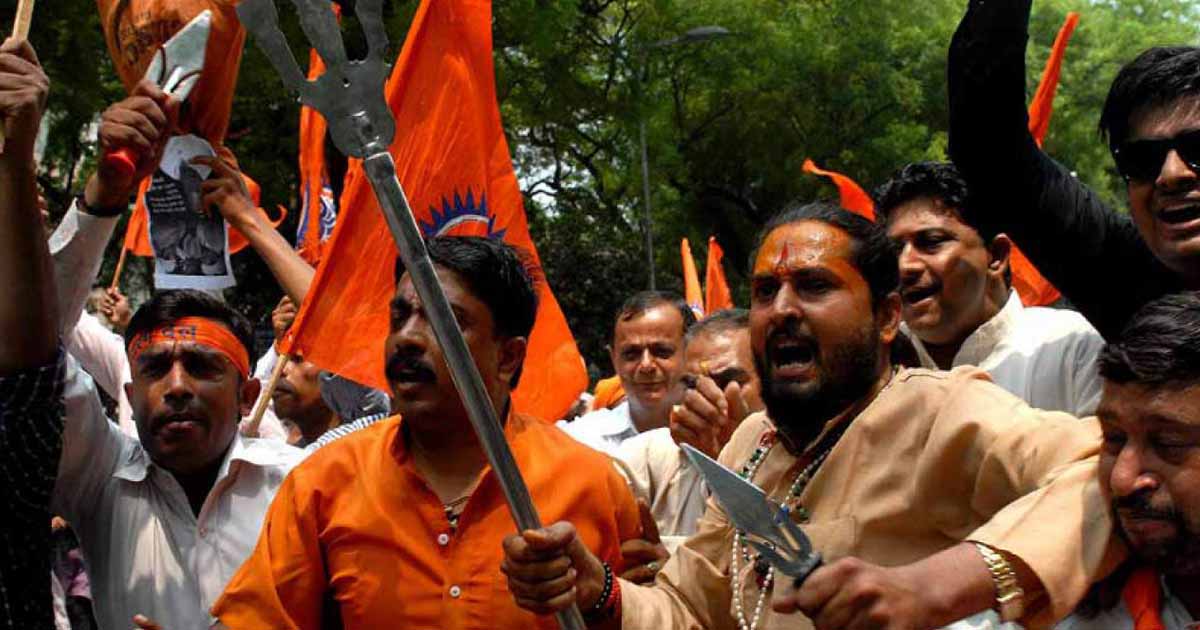 Foreign Minister Shah Mahmood Qureshi has warned that India is prepared to send “goons” from the Rashtriya Swayamsevak Sangh (RSS), the ideological fountainhead of the Bharatiya Janata Party (BJP), to undertake a massacre of the Muslim population in the occupied valley of Kashmir.

Addressing the media in Khanewal, Foreign Minister Shah Mahmood Qureshi lamented that the situation is occupied Kashmir continues to worsen day after day, and a major humanitarian crisis is looming ahead.

He said, “We have received reports that the BJP is setting the stage to deploy RSS goons in Kashmir to stage a massacre of innocent Kashmiri civilians.” The Foreign Minister urged the international community to realize its responsibility and stop the Indian government from its barbaric measures to save the lives of the people of Kashmir.

The Rashtriya Swayamsevak Sangh (RSS) is an extremist Hindu organization that has vigorously promoted the doctrines of Hindu supremacy and it is the maternal organization of the ruling Indian party, the BJP.

The clampdown was enforced upon the occupied valley on 5th August, when New Delhi abolished the Article 370 of the Indian constitution, which provided the valley a special constitutional status.

Foreign Minister Qureshi commended the efforts made by the people of Turkey for organizing a mammoth rally across Ankara and Istanbul to support their Muslim brothers and sisters suffering in Kashmir.

He said, “I am grateful to the people of Turkey and other Muslim countries who have raised their voice against the unlawful actions of the Indian government and shown solidarity with the oppressed people of Kashmir.”

A report by the Times of India reveals that Shinde had previously made these statements while addressing a meeting in Jaipur in 2013. Shinde had said, “Reports have come during investigation that BJP and RSS conduct terror training camps to spread terrorism… Bombs were planted in Samjhauta express, Mecca Masjid and also a blast was carried out in Malegaon.”

Shinde had added, “This is saffron terrorism that I have talked about. It is the same thing and nothing new. It has come in the media several times.”

The Congress leader was forced to apologize for his statements shortly after as BJP leaders and RSS had staged mammoth protests to publicly condemn his statements, forcing the Congress to distance itself from Shinde’s remarks.

Opinion makers across the world have been drawing attention towards the activities of the Hindu extremist organization, RSS, and its intensely violent measures of staging aggression against Muslim communities living across India.

These unidentified gunman are non other than Modi’s RSS terrorists actively silencing the voices of Kashmiris. The world has witnessed and raised concern over the atrocities, but now it’s time to act! #ModiBreedsTerrorism pic.twitter.com/MnlPOGBN5l

Sayed Zulfi Bukhari, Special Assistant to the Prime Minister on Overseas Pakistanis, called for an international investigation into the statements made by Shinde in order to reveal the truth behind the activities of the RSS.

Bukhari tweeted, “The only voices of sanity left in India are also being suppressed by the hate-mongering Modi regime. The truth about BJP-RSS training terrorists by a home minister needs to be taken up seriously & investigated internationally. This breed of Nazism can’t be accepted!”

The only voices of sanity left in India are also being suppressed by the hate-mongering Modi regime. The truth about BJP-RSS training terrorists by a home minister needs to be taken up seriously & investigated internationally. This breed of #nazism can’t be accepted! pic.twitter.com/u6CBkJHz8J

Murad Saeed, Federal Minister for Communications and Postal Services, also joined in to condemn Hindu terrorism and BJP-RSS agendas with regards to Kashmir. Saeed tweeted, “No doubt remains now. To implement his Nazi ideology, Hitler of the subcontinent has trained Hindu terrorists to aid in mass cleansing of Kashmiri Muslims.”

No doubt remains now. To implement his Nazi ideology, Hitler of the subcontinent has trained Hindu terrorists to aid in mass cleansing of Kashmiri Muslims.@UN @hrw #KashmiriGenocideByModi pic.twitter.com/I3IGqBw9wp

Meanwhile on Sunday, Director General of the Inter Services Public Relations (ISPR), Major General Asif Ghafoor, shared a chilling reminder of the true face of Modi’s India that has now been cemented in the international community. Sharing a video clip from Modi’s visit to France where he was met with a mammoth group of protestors chanting “India Terrorist, Modi terrorist”.

While someone was on a visit there….in France. pic.twitter.com/uKIcz9dvA3

The Indian-occupied Himalayan region of Kashmir has entered its 21st day of unlawful detentions, unprecedented communications blackout, security lockdown, movement restrictions and an acute shortage of food supplies and life-saving medications. The clampdown was enforced upon the occupied valley on 5th August, when New Delhi abolished the Article 370 of the Indian constitution, which provided the valley a special constitutional status.

Kashmiri Muslims and their leaders are apprehensive that this unlawful and unconstitutional decision is driven by the BJP-RSS agenda of staging a massive ethnic cleansing campaign to alter the demographics of the state and turn it into a Hindu-majority state.

US expects India to engage Pakistan in Kashmir talks

Xiamen Declaration Review: What’s In It, What’s Not, And Why