“Act of God”: KE Holds God Responsible for Several Deaths Due to Electrocution

K-Electric has filed its comments on the petition lodged by Hafiz Naeem-ur Rehman, over the deaths of over 40 individual who died on electrocution during the last monsoon spell in Karachi. Apparently, God is responsible for all the deaths. Well, technically he is... 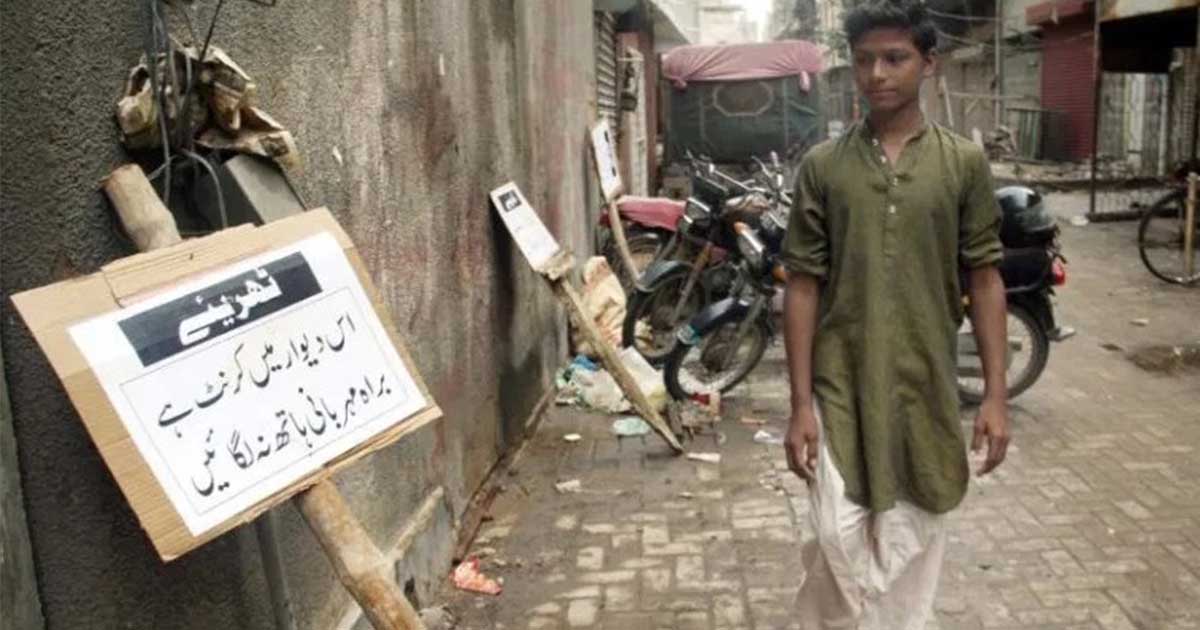 K-Electric (KE), the electricity supplier in Karachi, on Monday, denied the allegations that its negligence allegedly caused the deaths of more than 40 citizens by electrocution during the recent spell of monsoon rains in the metropolis.

KE maintained that the alleged deaths by electrocution were an “act of God and cannot be attributed to the standard or quality of service being provided by KE”.

A petition was filed by Jamaat-e-Islami leader, Hafiz Naeem-ur Rehman requesting the registration of an FIR against the KE management, holding them responsible for the deaths of the citizens who lost their lives due to the electrocution during the monsoon rains in Karachi.

KE calls the deaths of electrocution in monsoon rains ‘an act of God’ https://t.co/o5H8sBFNUd pic.twitter.com/hYKiCBGZ1L

Filing its comments in response to the petition, the KE management emphasized that the electricity poles and cables set by the authority were in compliance with the regulations and quality standards set by National Electric Power Regulatory Authority (NEPRA).

The petitioner had appealed for the establishment of a commission to launch an inquiry into the alleged negligence committed by the KE management. The petitioner said that the KE authorities had failed to maintain the electricity poles and installations during the monsoon rains, leading to the deaths of 40 people, including children, who had passed away due to electrocution.

The petitioner also sought the issuance of compensation payments for the legal heirs of the victims who died of electrocution. KE stated in its comments that the controversy is under the investigation of NEPRA, and the KE provided all the relevant information to the regulatory body.

An official of K-Electric submitted that the management has been fully adherent to its consumer service manual, and the general public was informed through awareness campaigns conducted through all mediums of communication for adopting precautionary measures, and apprise them on the safety measures.

The KE official said that the KE cannot be held responsible for clogging water and ponds, which is to be blamed on the poor road infrastructure and sewerage system that is the responsibility of the civic authorities in the metropolis. The official stated that the KE authorities had continually conducted operations to remove all illegally installed electricity connections.

He added that the authorities had persistently urged the civic agencies to remove the cable television wires, illegal street lights and other power utilities from the KE infrastructure. The official added that the petition cannot be acted upon as the petitioner has not specified any convincing grounds to highlight the legal violations conducted by the KE management.

Read more: K-Electric is responsible for 19 deaths in Karachi, NEPRA

Therefore, the KE official argued that the petition is liable to be dismissed by the court. The hearing was presided over by a division bench, headed by Justice Mohammad Iqbal Kalhoro, after obtaining the comments on the record, he adjourned the hearing until December 5 for the petitioner’s legal team to present its rebuttal arguments.

Previous articleAfghanistan to Swap Senior Taliban Prisoners for Western Hostages
Next articleLearn to Live Your Life At its Fullest: Kill Your Low Self-Esteem

22 September 2021
Previous articleAfghanistan to Swap Senior Taliban Prisoners for Western Hostages
Next articleLearn to Live Your Life At its Fullest: Kill Your Low Self-Esteem

K-Electric is responsible for 19 deaths in Karachi, NEPRA